UFC lightweight Dan Hooker has spoken about his loss to surging contender Islam Makhachev at UFC 267, and given his take on the first-round stoppage.

Just days out from his victory over Nasrat Haqparast at UFC 266, which saw him rebound from prior defeats to Dustin Poirier and Michael Chandler, Hooker signed on for another fight scheduled for just a month later. After Rafael dos Anjos withdrew from his bout with Makhachev due to a recent surgery, the always-game Hooker stepped in to replace him in Abu Dhabi.

Despite looking to prove the likes of Khabib Nurmagomedov and Javier Mendez wrong, who’d essentially suggested “The Hangman” posed little threat to their man, the New Zealander’s night was over in two minutes and 25 seconds. The Dagestani secured a first-round submission victory after locking in a brutal kimura.

What did Hooker say to trigger the ref stoppage?

While Makhachev surges towards a championship opportunity or title eliminator, Hooker has been left to ponder what went wrong on Fight Island. During a recent pub sit-down with The Mac Life’s Oscar Willis, the #8-ranked lightweight discussed his third defeat in four fights.

According to Hooker, the fight-ending submission came after he made multiple mistakes that shouldn’t have happened. Despite Makhachev’s clinical grappling performance, “The Hangman” suggested the majority of factors that led to the result came through his own errors, rather than the Dagestani’s supreme grappling.

“What happened, happened. That whole thing’s pretty self-explanatory… I wouldn’t say (I made) one little mistake, it was a series of mistakes… mistakes that, just shouldn’t have been made and that’s completely on me. I’m the one that has to bare the brunt of that, which I will.

“I would just say he’s super patient. He got the takedown, which was obviously my bad, secured the takedown; my bad again. That’s two of the many mistakes. But yeah, he was just quite comfortable waiting there. Again, (I) tried to force it a little bit too much, like, getting back up… I wasn’t comfortable just sitting there and staying there for the next three minutes.”

In the immediate aftermath of the kimura, Hooker appeared confused and agitated at the referee. The 31-year-old has now hilariously admitted that the referee stepped in after he accidentally shouted “Ah fuck,” something he believed he’d only said in his head at the time. After his initial complaints, Hooker revealed he told the referee that he should have let his arm break.

Having failed to continue the momentum he gained after returning to the win column against Haqparast in September, Hooker will now look to rebound once again when he returns to action in 2022.

What do you make of Dan Hooker’s comments regarding his UFC 267 stoppage? 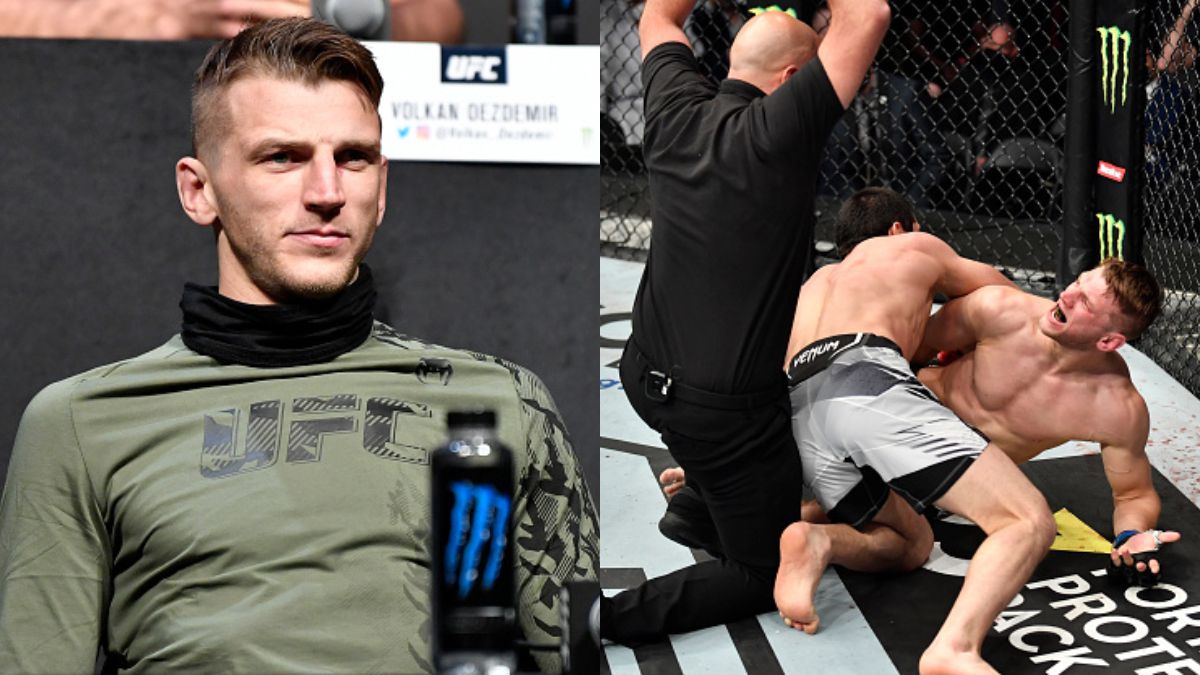