Dan Hooker knows who he would like to be standing across the cage from in his next fight.

At UFC 266, Dan Hooker got back in the win column when he defeated Nasrat Haqparast via unanimous decision. Hooker is currently ranked #8 in the lightweight division while Haparast entered the bout unranked. Nevertheless, The Hangman believes that with the number he currently has next to his name and the way the current lightweight landscape is shaking out, there is one name that he thinks would make the most sense for his next fight: #3-ranked Beneil Dariush.

“He’s the only one sitting there without a fight,” Hooker said at the UFC 266 post-fight news conference. “If you look at the rankings, every single one of them is booked except Tony Ferguson and Beneil Dariush.

“They just fought, so it doesn’t make sense for that fight to happen again. So Beneil Dariush is sitting there without a dance partner and that gets me out of bed in the morning, a fight like that. I like the look of his little number next to his name, I’d like to take that off him.”

Hooker had already inquired about Ferguson’s availability as well prior to being booked for UFC 266, but he revealed that he’s been told El Cucuy was unreachable and has gone rogue.

One person who won’t be thrilled to see yet another snub from Hooker will be the #13-ranked Arman Tsarukyan, who has been involved in a heated war of words with the New Zealander for weeks. He has specifically accused Hooker of ducking him out of fear, an accusation that The Hangman has scoffed at.

Who do you think would make more sense for Dan Hooker’s next fight: Beneil Dariush or Arman Tsarukyan? 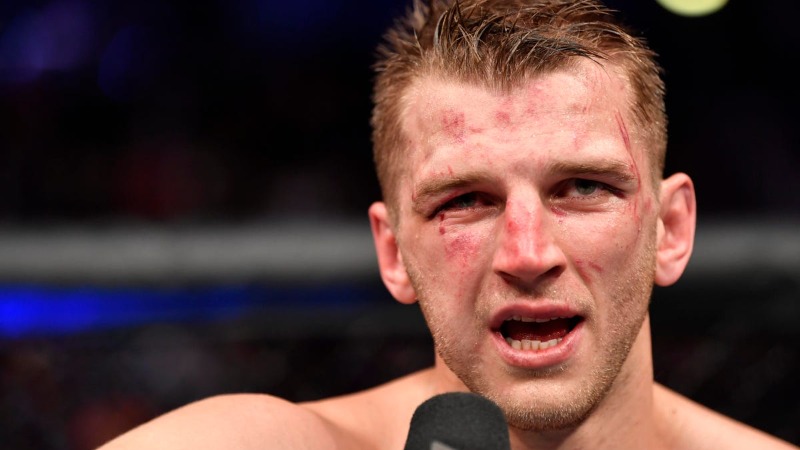