Dan Hooker: Featherweight Is The Weight Class I Can Thrive In
published on November 26, 2021
curated and posted by BRWLRZ Team

UFC lightweight contender Dan Hooker thinks his future lies in the featherweight division, a weight class he believes he can “thrive” in.

After initially going 7-1 after making the switch up to 155 pounds, Hooker has lost three of his last four outings. Following a five-round Fight of the Night victory over Paul Felder last February, “The Hangman” fell to consecutive losses to #1-ranked contender Dustin Poirier and former Bellator Lightweight Champion Michael Chandler.

Having rebounded with a decision win against the unranked Nasrat Haqparast at UFC 266, Hooker fell to another setback in a short-notice clash with surging Dagestani Islam Makhachev last month. Despite his three recent defeats coming to top-five lightweights, the New Zealander is looking to make a change.

In a video posted to Twitter earlier this week, Hooker can be seen weighing in at 146 pounds, the weight limit for non-title featherweight bouts.

Now, during an appearance on Ariel Helwani’s The MMA Hour, Hooker has confirmed his desire to return to the weight he entered the UFC at. Discussing the featherweight tease he posted on social media, the fan-favorite brawler said the test was made in order to prove he can perform the cut with relative ease.

“That (weight-cut test) wasn’t for me. I know I can make the weight. That was to try to convince a few people that need convincing. My coaches were not that keen on me going back to ’45, but that’s me stepping on the scale and, to be honest, making it look pretty easy. From when I was there in the past to where I am now, the science and the people that are a part of the UFC (are a lot better).”

When asked whether he expects his next appearance to be at 145 pounds, Hooker confirmed it’s likely. According to “The Hangman,” featherweight is the division he can find the most success in.

“That’s a strong possibility (next fight will be at featherweight)… I’m excited for the future. I feel like featherweight is the weight class that I can really thrive at.”

Addressing why he feels now is the right time to make the move back down to the weight where he went 3-3 in his opening six Octagon outings, Hooker admitted he hasn’t been able to make the most of the advantages he possesses while fighting at lightweight. He believes that will be a different story at featherweight.

Given the current landscape of the featherweight division, there are a number of mouth-watering matchups we could see Dan Hooker involved in should he commit to the weight switch. With hard-swingers like “The Korean Zombie” Chan Sung Jung, Shane Burgos, Giga Chikadze, Dan Ige, and Calvin Kattar all sitting in the top 15, “The Hangman” could have some more FOTN bonuses coming his way at 145 pounds.

Who would you like to see Dan Hooker face at featherweight? 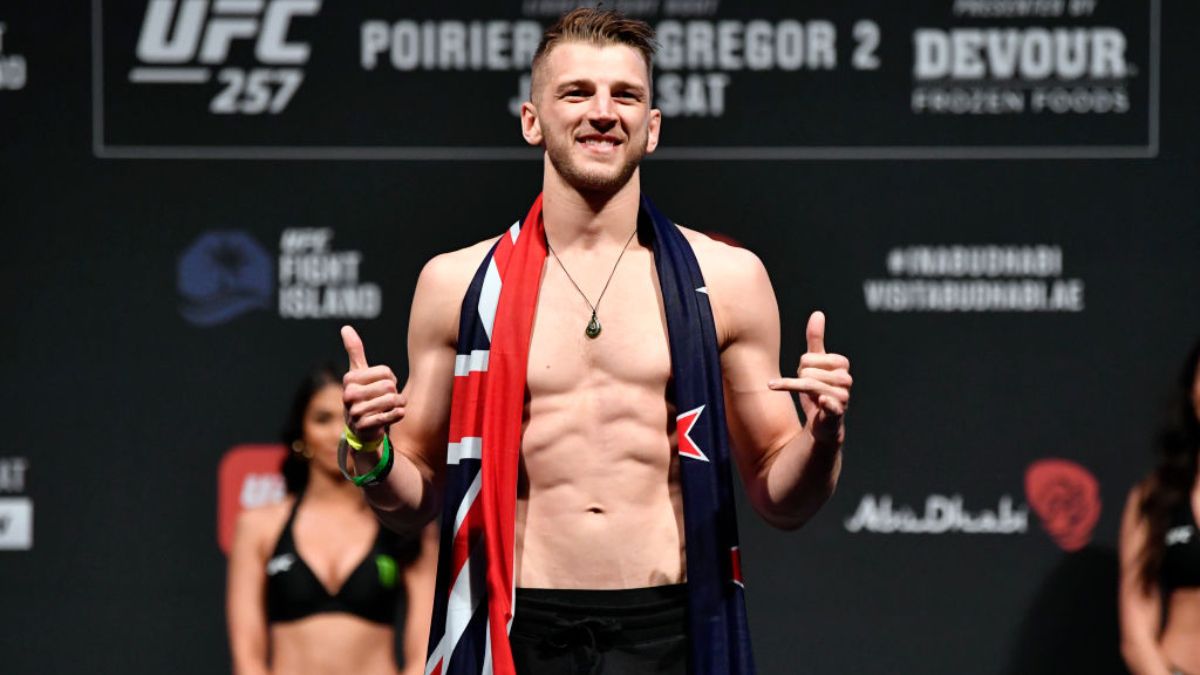