Recently, former UFC welterweights Tyron Woodley and Dan Hardy had a heated exchange on social media, and it now appears that their spat continued into the DMs.

Dan Hardy has been among the most critical of Tyron Woodley’s performance against Jake Paul in their August 29th boxing match. To be specific, Hardy thought Woodley looked like a “sack of shit” in the fight. Hardy’s roasting of “The Chosen One” only picked up after Woodley followed through on the “I Love Jake Paul” tattoo bet, which is what ignited their heated social media exchange this week.

Now, Hardy has released the alleged DMs between himself and Woodley that immediately followed their public bickering. Below you can find a screenshot of the exchange courtesy of Submission Radio, accompanied by the transcript.

Woodley: “Keep my name out your mouth. You stay smiling in my face and the quickest to talk shit behind cameras and keyboards.”

Hardy: “Mate, I’d talk shit to your face. You talk a big game and then shit the bed. You stood and stared at the kid for eight rounds and then call for an immediate rematch. Laughable.”

Woodley: “You never tasted gold. You are a mosquito. I’m glad your post got you a little taste of greatness. When was your last fight? Don’t worry. No one cares.”

Hardy: “When was the last time you showed up to fight?”

Woodley: “Key words….when I step in there. You washed. I’ll mail you a dryer for Christmas. Be well, mate. You been trying to tell me how to behave at the top for ages. I’ll add a (signed) t-shirt, too.”

There currently is no update on whether Jake Paul will rematch Woodley or not. Hardy himself has expressed an interest in returning to completion by fighting Woodley, and the mutuality of that interest may be growing every time the two legends interact.

Who do you think “won” this alleged war of words between Tyron Woodley and Dan Hardy? 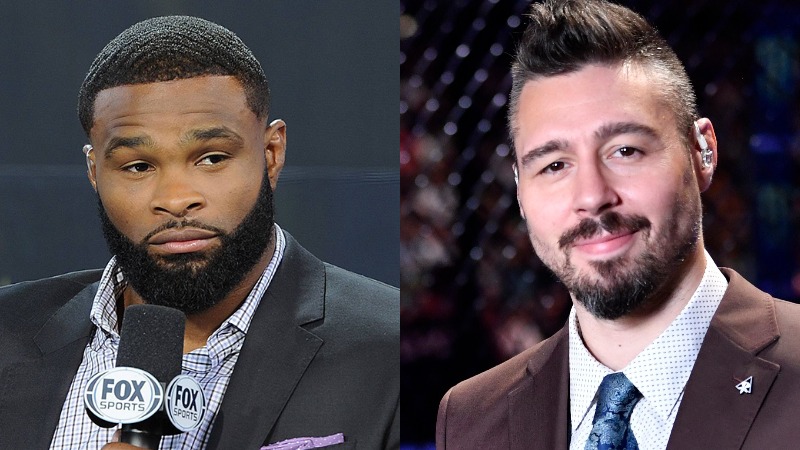