Dan Hardy Believes He Would Stop Tyron Woodley In Two Rounds
published on October 7, 2021
curated and posted by BRWLRZ Team

In the wake of Tyron Woodley‘s defeat to Jake Paul, Dan Hardy believes he dusts “The Chosen One” and takes him out within two rounds.

Dan Hardy, 39, has not fought since 2012 but has teased his return to mixed martial arts several times now. In spite of all the talks of returning he has yet to make his comeback. Nevertheless, he is stoking the fire with Tyron Woodley as the two have recently traded barbs in a private text message conversation.

Speaking with Jimmy Smith on SiriusXM, Hardy continued to prod at Woodley. “The Outlaw” firmly believes he would stop Woodley in two rounds and cited the former welterweight champion’s decline in activity during fights as fuel for his fire.

“Of course, if he shows up even twice as good as he did against Jake Paul, I would stop him in two rounds. Hardy stated. He just doesn’t have the work rate anymore. He didn’t have the confidence to go anymore and I get it, it does pass you by. I’m probably sounding a bit hypocritical here cause people are gonna say the same thing. It’s been nearly 10 years since I fought but in my head, I’m never gonna retire.”

As of this writing, Tyron Woodley continues to call for the rematch against Jake Paul. Following his split decision loss to “The Problem Child”, weeks later, Woodley got the ‘I love Jake Paul’ tattoo.

It remains to be seen if Paul will bite on Woodley’s latest offering. Meanwhile, it appears “The Chosen One” has another big name lined up to fight him as Dan Hardy continues to throw his name into the hat. While Hardy proceeds to weigh his fighting options, should he finally make his move, MMANews.com will be the first to inform you.

Who wins a potential boxing match between Dan Hardy and Tyron Woodley? 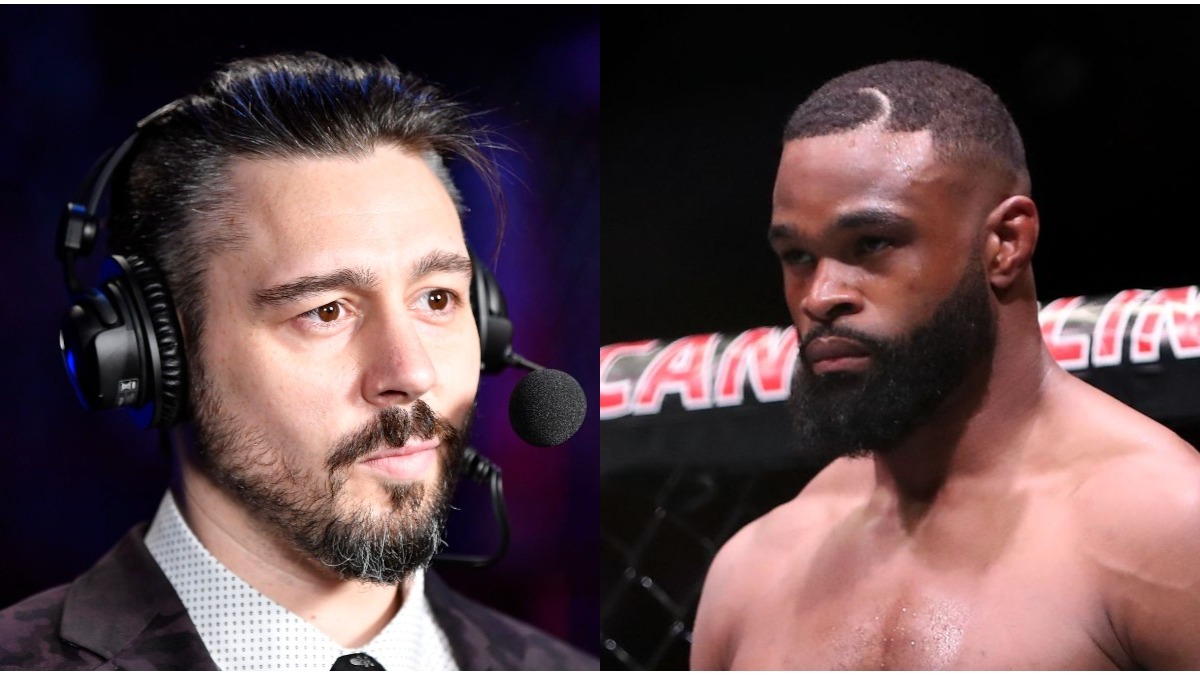