It goes without saying, that Cynthia Calvillo is as tough as they come.

Heading into UFC Vegas 42, Calvillo was in pretty serious need of a win, having lost two of her last three. Unfortunately, she would receive her third loss in a row when her corner stopped the bout with Andrea Lee. The stoppage came between the second and third round and was due to the immense amount of damage she was taking and the serious swelling around her eye.

As it turns out, to the surprise of few, that swelling was so bad because Lee had broken the orbital bone of Calvillo. She revealed with a post to her Instagram that the orbital got broken at the end of the first round, but she fought through the entire second round, before the corner stoppage.

“Dark places bring out the best in me. I’ve had worse losses than this in life. Orbital broken in the 1st round and people count me out. I know what i’m capable of. I’m a fighter no matter what they say. Thank you to all who still believe in me, I feel it. To the rest, I see it Too many people selling you wolf tickets to the max fighting nobodies! “pay my bills” i’ll beat their ass. The real ones know the truth. Talk your shit!!!” Calvillo wrote.

Given the information, fans should hold their tongues if trying to say that Cynthia Calvillo is a quitter because she did not make it out for the third round. Aside from the fact that it was a decision made by her corner, she already fought through a broken orbital for one round and there was no reason to keep taking punishment.

Hopefully, it will not take long for Calvillo to heal up so she can get back to action. With three losses in a row, hopefully she will be able to get back on the right path. 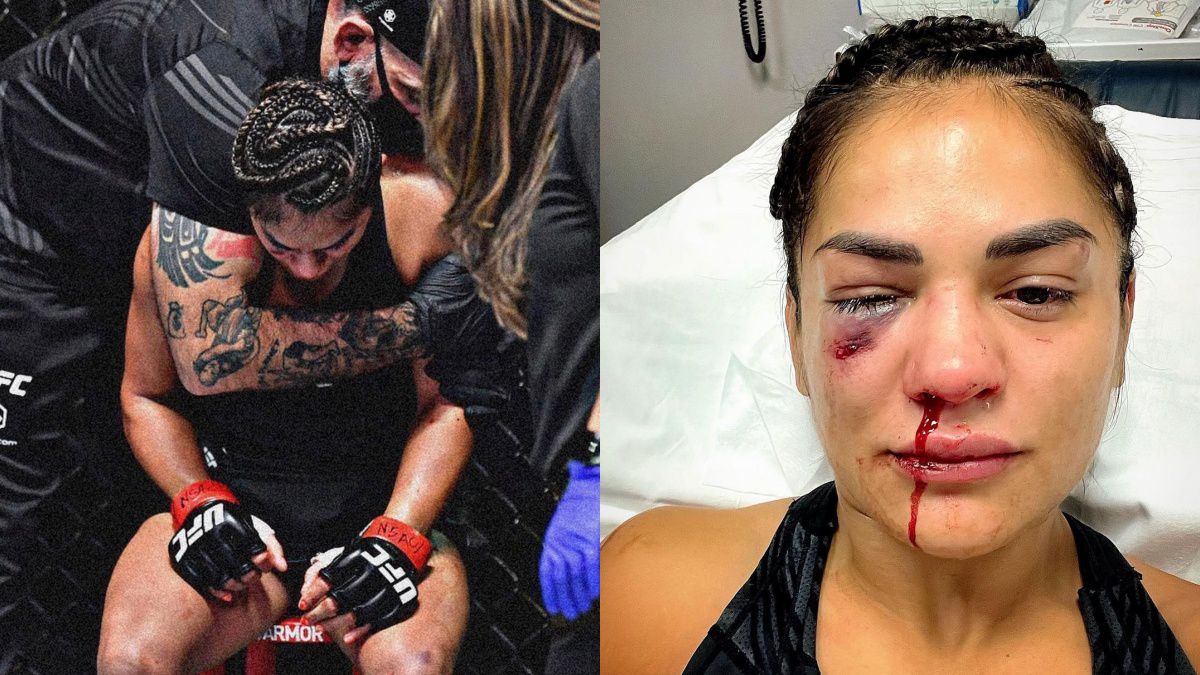