MMA Zambia President Benjamin Bush could not be more excited about the Symposium’s turnout.

“This was massive because Cris for us represents everything we are about in terms of female empowerment and gender-based violence awareness. And it was the perfect opportunity for us to launch the Women’s Commission, which is the first in Africa,” Bush commented about the event.

The efforts of MMA Zambia to promote positive change and introduce more people to the sport captured Cyborg’s attention.

“So, this project helps to empower vulnerable youth and women and to bring awareness to the sport in this country as a tool for positive social change for its people and their communities,” said Cyborg, according to SunSport.

She wants to help the organization get more women and girls in Zambia to participate in MMA. While in Zambia, Cris Cyborg took pleasure in leading a self-defense class at one of the orphanages.

“It is this part of my life that I enjoy the most, helping others wherever I am and using my experience and platform as an example to give hope to people of having a better life,” Cyborg continued.

And who better to learn self-defense from than one of the greatest women mixed martial artists to grace the sport?

Unfortunately, much of the youth in Africa are subject to undesirable living conditions.

On top of poverty, child labor, and drug and alcohol abuse, gender-based violence against women and girls is a widespread crisis in Africa. When you give people the foundation to protect and better themselves, it can really make a difference in the community.

Benjamin Bush has faith that MMA can turn the tide of their lives.

“MMA Zambia believes that the sport of MMA can change lives not just through athletic endeavor but also through its inspirational qualities, the values within martial arts practice, the work ethic and sportsmanship within combat sports and the personalities the sport will create,” says Bush.

Mixed martial arts can empower the young hearts of Africa by showing them the fundamentals of MMA. There is much more to the sport than winning and losing.

In comparison, Cyborg’s desire to be a champion of her people signifies the former UFC champion’s ultimate goal.

“Being a world champion is a big responsibility,” Cyborg said. “Whatever place God puts you in, if he makes you a champion, it’s not to be champion for yourself, it’s for something else, whether it be to make a difference in the world and to change people’s lives, but I want to be Champion of Hearts for my people.”

Cyborg and Bush’s goals are aligned and together they have already created significant positive change for the young people of Zambia and MMA in Africa.

What do you think of Cris Cyborg and Benjamin Bush’s efforts to change the lives of the young people in Africa? 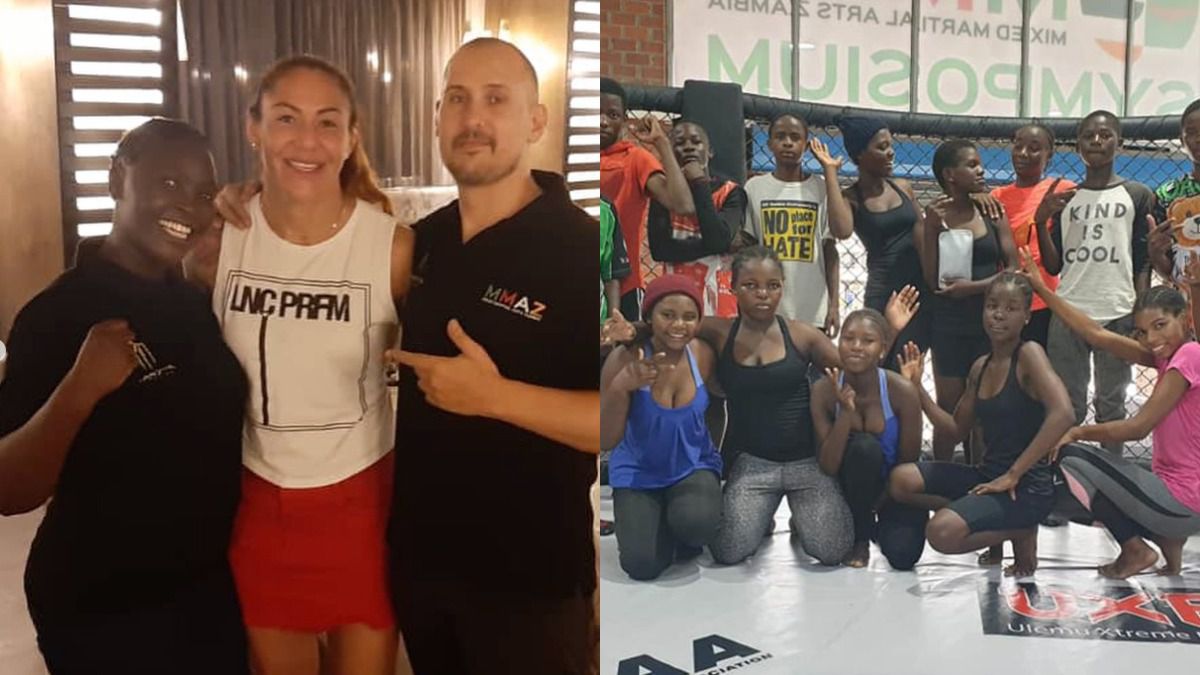