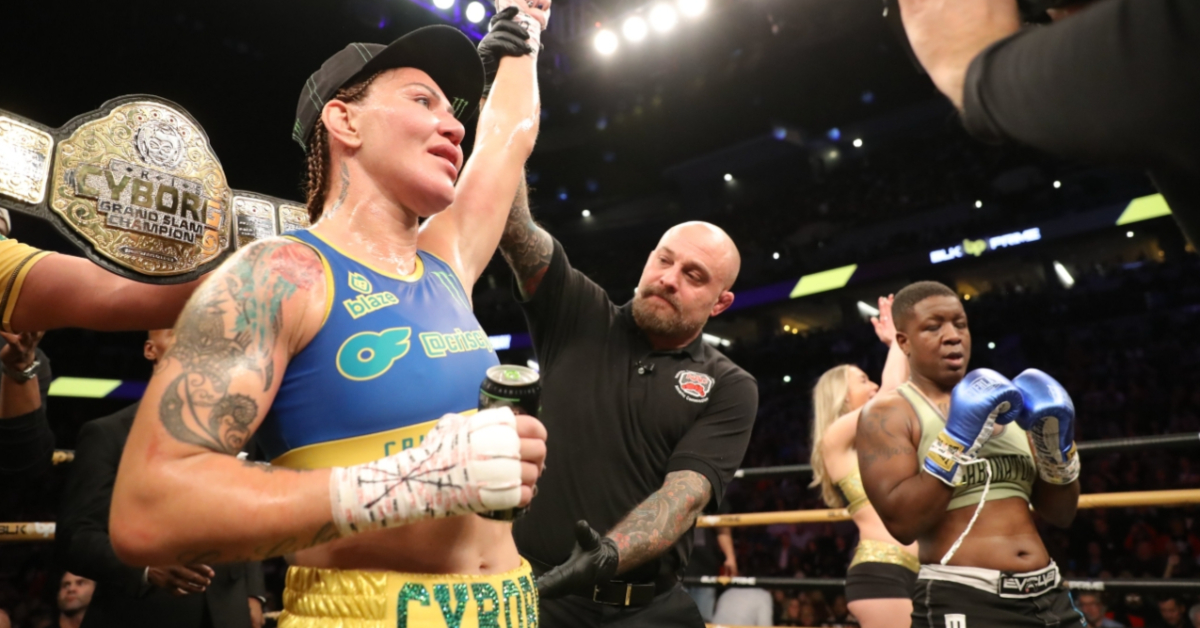 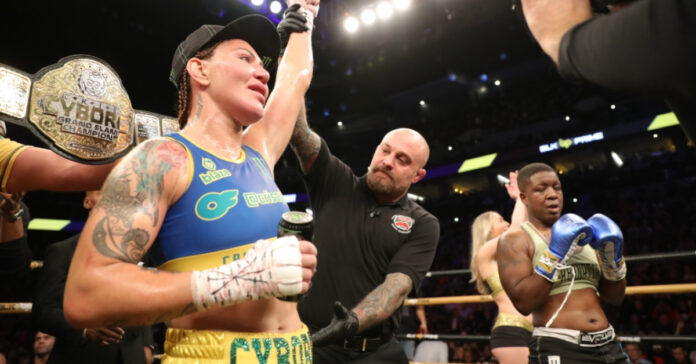 Making a successful transition to professional boxing last weekend on the undercard of welterweight champion, Terence Crawford’s return to the ring, current undisputed Bellator MMA featherweight champion, Cris Cyborg turned in a unanimous decision win over Gabrielle Holloway in her first professional outing in the sport.

Cyborg, a former Strikeforce, Invicta FC, and UFC featherweight champion, made a boxing outing earlier this year in a return to her native Brazil, defeating Simone Aparecida da Silva back in September in a unanimous decision victory.

Co-headlining beneath the aforenoted, Crawford’s knockout win over David Avanesyan in Omaha, Cris Cyborg managed to score a first professional win in the squared circle, defeating the aforementioned, Holloway in a unanimous decision (40-35, 39-36, 40-34) over the course of the dfour round limit.

Dropping 12-fight professional mixed martial arts veteran, Holloway in the third round, Cris Cyborg was unable to force the issue in the fourth and final round – however, managed to secure a unanimous decision triumph nonetheless.

Definitely not the performance we trained for or the game plan we went over. @criscyborg is a legend for a reason. Who knows maybe we can run it back inside the @BellatorMMA cage. Thanks @BLKPRIMEB0XING for the opportunity. Thanks to @ThePrePostGame for always having my back. pic.twitter.com/FccyN4toP9

Yet to be booked since successfully defending her Bellator featherweight championship in a rematch against Arlene Blencowe back in April of this year, Cyborg has since become a free agent and is eligible to field offers from other promotions, however, is expected to re-up with the Scott Coker-led organization.

Linked with a potential future boxing match against world champion, the undefeated Wicklow native, Katie Taylor in the future – Cyborg is recognised as one of the greatest mixed martial artists of all time, having clinched championships in each of the four promotion’s she competed in during her time on United States soil.