Rosa is no stranger to mixed martial arts. She trained with Cris in the past and had a professional bout in 2019.

After an MMA training session, Cyborg agreed to try a pro wrestling match.

“I always do something for [opening] the door for women’s wrestling, you know, it’s a different world too and it’s just hustle,” Cyborg told James Lynch (h/t Sportskeeda).

The technique proved to be a learning experience for the Bellator Featherweight Champion.

For roughly three minutes, Rosa attempted to show Cyborg the ropes by jumping from the cage over ten times. Cris was foreign to the rules of professional wrestling but enjoyed the experience overall.

“We didn’t train together, we did one match, a pro wrestling match. You know, I was no good because I don’t know too much about the rules but probably you guys are going to have fun, we did a video too,” continued Cyborg.

On January 31, the video of the session will premier on Cyborg’s YouTube channel.

The Legend Of Cyborg

With 20 wins by knockout from Storm Samurai to the UFC and now Bellator, 25 wins and only 2 losses, the first and only Grand Slam MMA fighter in history—holding four championship belts in four different promotions—Cris Cyborg is an MMA legend.

And outside of the cage, Cris puts her heart into less fortunate communities.

In November 2021, she helped launch the first-ever Woman’s MMA Commission in Africa. And, recently, as seen in a video on her YouTube channel, she and her team delivered food to the homeless in downtown Los Angeles.

As a world champion, she feels it is her duty to make significant positive changes in the world. Her goal is to inspire everyone to help out in whatever way they can.

There is more to come from the defending Bellator women’s featherweight champion.

Perhaps after the fun wrestling match with Thunder Rosa, fans might see the champion add an AEW cameo to her long list of various achievements.

Would you like to see Cris Cyborg at a future AEW event? 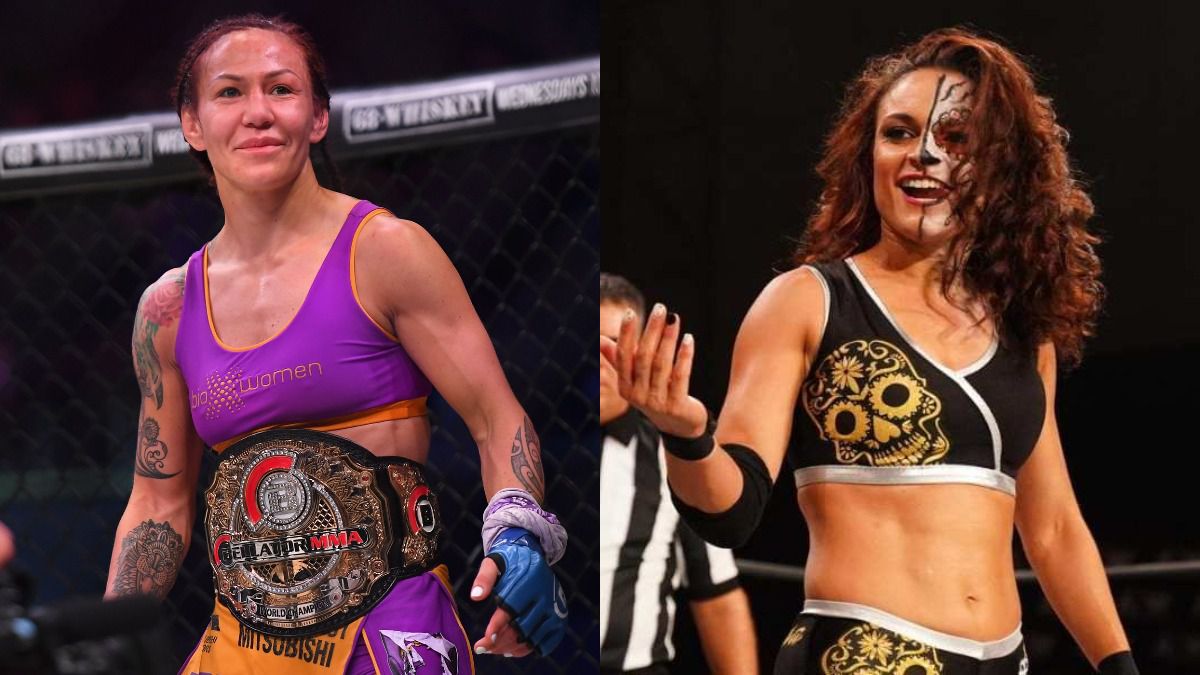