Covington Says Win Over Masvidal Gets Him Another Title Shot
published on November 8, 2021
curated and posted by BRWLRZ Team

Colby Covington believes he just needs one win to get another title shot.

Covington came up short once again to Kamaru Usman as he lost a close decision at UFC 268 for the welterweight title. With the loss, he is no 0-2 against the champion, and the plan for “Chaos” is to fight Jorge Masvidal next. The two are former roommates and teammates but the two do not like one another so the storyline is regardless is Masvidal beats Leon Edwards at UFC 269.

“I think the most logical step is the heated rivalry with me and my old roommate “Street Judas” Masvidal. He should probably pull out of that fight with Leon Scott, and we should just run it,” Covington said after UFC 268. “Let’s run it in the first quarter of the first part of the year, and let’s to it, man. That’s a heated rivalry, man. He talked so much shit in the media and said so many things about me.

“Look at what happened when he fought Marty. He got dusted. I mean, if he fought me, he would get dusted even worse and it wouldn’t even be competitive,” Covington continued. “So I just want to hold these people accountable for the way they run their mouth in the media, and it makes sense. If he goes ahead with that Leon Scott fight, then Hunter Campbell, I just pray to you, please God, don’t cut him after that third loss in a row…let me be the one that ends his career.”

If Masvidal does lose to Edwards he would be on a three-fight losing streak. However, even if that happens, Colby Covington believes a win over Jorge Masvidal would be enough to get him a title shot. He also says he would love for him and “Gamebred” to coach the next season of TUF to add hype to their matchup.

“Yeah, I think a fight with Masvidal gets me right there. He was just a top contender before he got beat two times in a row,” Covington said. “You guys put a lot of hype on him, that he was this superstar, and he’s unbeatable, and these crazy knockouts, and no one can beat him. So that fight needs to happen.”

No matter what is next for Covington, he has proven to be the second-best welterweight alive. He also will likely fight for UFC gold again before his career is up.

Would you like to see Colby Covington vs. Jorge Masvidal at UFC 268? 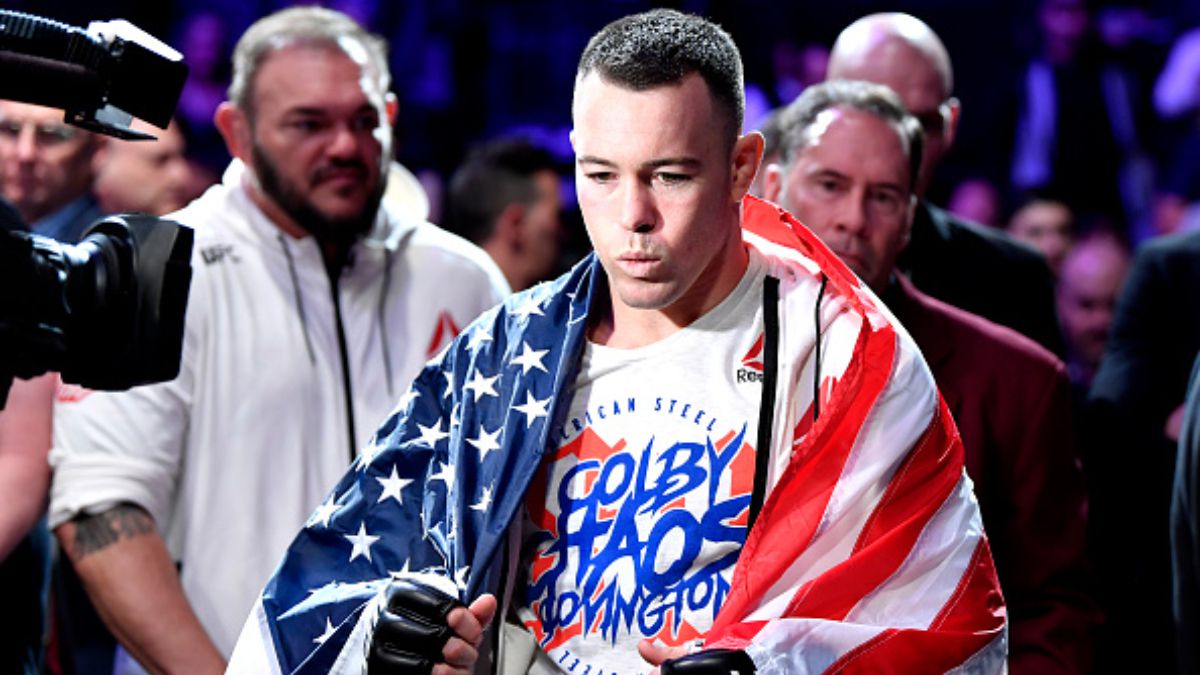