UFC welterweight contender Colby Covington isn’t holding back in his attempts at mental warfare against his UFC 272 opponent Jorge Masvidal.

Covington is set to face his old American Top Team teammate and friend, Masvidal in the main event of UFC 272. It is one of the few times in recent UFC history that a pay-per-view main event will feature a non-title fight.

Masvidal made headlines recently after opining on why fighters like Covington and former middleweight Chael Sonnen have to be brash and talk trash. He alluded to Covington and Sonnen’s wrestling-first style as a reason for them to overcompensate outside the Octagon.

After getting word of Masvidal’s comments, Covington posted a photo of him and Masvidal’s ex on his Instagram page.

“Don’t worry [Jorge Masvidal], I got you,” Covington said.

Covington and Masvidal have been on each other’s nerves for years, stemming from Covington’s dismissal from ATT. Masvidal has accused Covington of failing to pay his former coach following a win over Rafael dos Anjos for the interim welterweight title.

In response, Covington has thrown decency out of the window, bringing family into the discussion. He’s accused Masvidal of cheating on his former wife and being a poor father to his children.

Masvidal and Covington used to be great friends as the two of them were grinding their way into the UFC headlines. However, their friendship has soured and a grudge match between them is on the horizon.

Masvidal isn’t one to promote trash talk too often, but it’s safe to say that his matchup with Covington may be another exception to that rule. 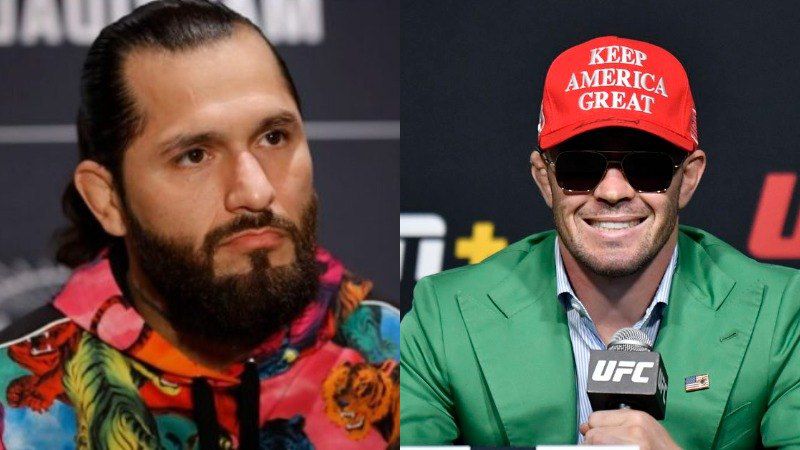