UFC welterweight contender Colby Covington has given his prediction for the upcoming UFC 270 heavyweight main event between Francis Ngannou and Ciryl Gane.

Covington, who knows a thing or two about championship headliners, will no doubt be watching intently like the rest of the MMA community when two of the world’s best heavyweights meet inside the Octagon. The collision is fueled by gym drama, a contractual dispute, and a clash of styles.

Ngannou, the reigning champion, will be defending his gold for the first time on January 22. He won the belt in a rematch with Stipe Miocic last March. However, he’s been on the sidelines ever since, embroiled in a public feud with the UFC over his treatment and current deal.

While “The Predator” has been occupied by matters away from the cage, Gane has been climbing the ranks and putting himself in position to dethrone his former MMA factory teammate. With three main event wins in 2021, “Bon Gamin” extended his unblemished record to 10-0 and had interim gold wrapped around his waist as an unbeaten fighter.

Covington: Gane Will Wear Ngannou Down

The first pay-per-view main event of 2022 will pit together the classic heavyweight style versus the new breed. The question is, can Ngannou’s immense power get the better of Gane’s technical skill and hit and not be hit mindset? Colby “Chaos” Covington has provided his answer.

Speaking to combat sports journalist Helen Yee, the former interim welterweight titleholder suggested Gane will be able to use his footwork and efficient style to tire out “The Predator,” who will no doubt be looking to wind up for a big KO shot throughout.

“That’s a tough one (to predict). I think Ciryl will get him. I think that his footwork and the way he moves around, kickboxes, and he’s really efficient with his energy. He’s not like, looking to load up and knock you out like Francis is. I think he’ll wear Francis out.”

Covington also cited Ngannou’s loss to Miocic at UFC 220 in 2018 as evidence the champ has quit in him, something he believes “Bon Gamin” will show come January 22.

“We’ve seen in the past that Francis has that quit in him. The first Stipe fight he had a lot of quit in him, and he put his head down and you could just see he gassed out. All that muscle, you need a lot of oxygen to get to that muscle. My official prediction, I think Gane gets the heavyweight title.”

Having already joined the likes of Cain Velasquez, Israel Adesanya, and Khabib Nurmagomedov in the elite club of undefeated titleholders, Gane will look to go one step further later this month by becoming the first French-born undisputed champion in UFC history.

Do you agree with Colby Covington’s prediction for Francis Ngannou vs. Ciryl Gane? 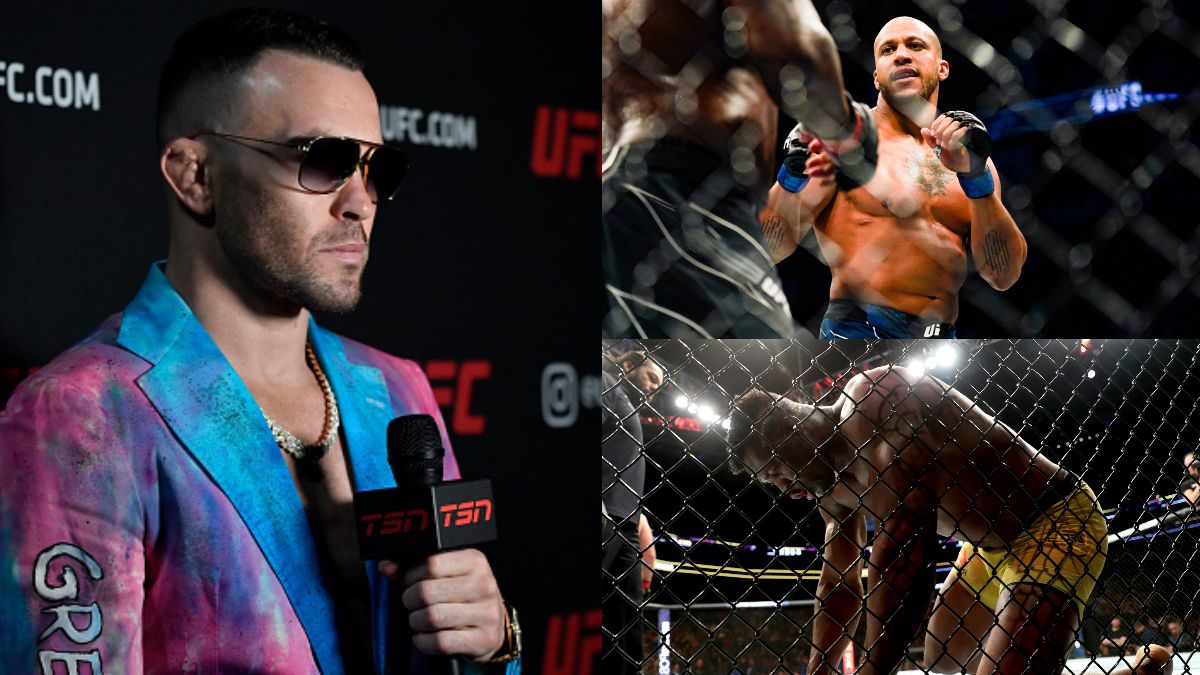