Couture: It Will Take Guys Like Ngannou To Bring About Change
published on February 1, 2022
curated and posted by BRWLRZ Team

MMA legend Randy Couture believes it will take the work of champions and stars like Francis Ngannou to make an impact in the fight for improved remuneration and contracts in the UFC.

At the promotion’s first pay-per-view of 2022, Ngannou made a statement in about as many ways as he could.

Not only did he overcome the adversity of fighting through a torn MCL and damaged ACL, and battle against the distractions of public attacks from former coach Fernand Lopez and talk of a possible boxing match with Tyson Fury, but he also secured a victory on the main event stage knowing what was at stake contractually.

The Cameroonian’s UFC 270 clash with Ciryl Gane represented the last on his deal. While a win would grant him leverage and a strong standing in negotiations, a defeat could have signaled his last appearance in the Octagon.

Under that immense pressure, “The Predator” thrived. After a slow opening two rounds on the feet, Ngannou capitalized on the opportunity to incorporate his wrestling. When he found success in that realm, it was essentially all she wrote.

After controlling the final three frames, the heavyweight champ secured undisputed status and set in motion what will undoubtedly be an uncertain immediate future for him, but, crucially, one where he appears to have the upper hand.

Prior to UFC 270, Ngannou’s demands were revealed. While many expected it to largely center around money, the champ’s manager confirmed the debate is about so much more; freedom, respect, and promotion.

With Ngannou willing to do “whatever it takes” to get what he and so many other fighters want, it remains to be seen how the coming months will unfold in regards to his heavyweight reign and standing in the UFC.

During a recent appearance on The MMA Hour with Ariel Helwani, “The Natural,” who was once in a similar position to Ngannou, lauded “The Predator” for using his voice to push for what is “right,” despite what he believes to be an inevitable court battle with the promotion looming down the line.

“I think, at the end of the day, Francis is a fighter. He wants to fight,” said Couture. “Here he is, at the top of the heap, pound-for-pound one of the best fighters in the world, certainly in the heavyweight division. I don’t think he wants to get involved in all this legal crap, but at the end of the day, right is right, and he’s willing to stand up and use his voice. I don’t see him giving in.

The focus from fighter pay critics seems to be split. While some slam the UFC for paying the champion $600,000 whilst boxing heavyweights rake in millions, others focus on the lowest take-home sums on UFC cards, which feature some walking away with as little as $12,000.

Whilst acknowledging that a united front across all realms will be important, Couture believes it’s crucial that top stars like Ngannou lead the charge.

“It takes guys like Francis, those top-tier guys that have the potential to make those six-figure contracts in fighting. There aren’t very many of them. But if those guys are willing to put that on the line to change the sport, and we unite as a group of fighters, and developed and demand these minimum criteria, then I think the sport changes and for the better,” concluded Couture.

The distractions Ngannou faced leading into a huge title fight made the win even more impressive. pic.twitter.com/B2mltWFTn2

While tensions already appeared high prior to Ngannou’s unification showdown with Gane, subsequent actions and revelations, including Dana White‘s post-fight absences and news of legal threats sent to the champ’s team prior to the main event, have increased attention and focus on the dispute tenfold.

With neither party appearing to back down, it’ll be interesting to see which path this contractual dispute heads down in the coming weeks and months.

Do you agree with Randy Couture? Will it take the likes of Francis Ngannou standing up to the UFC to force change? 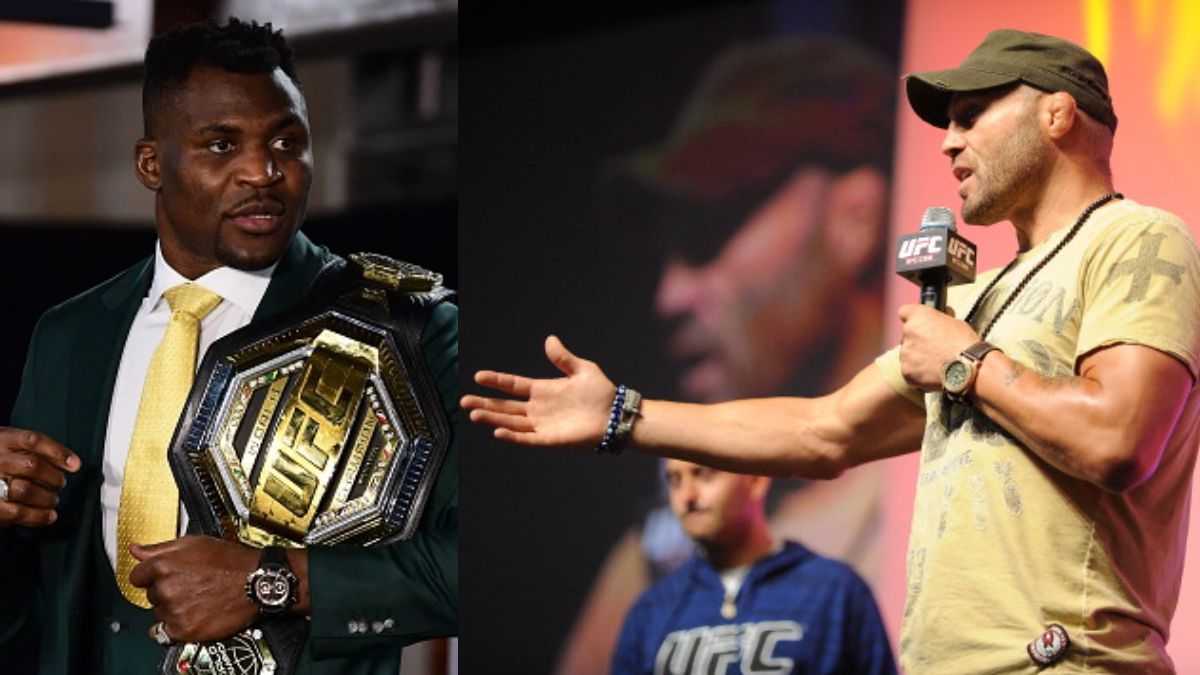