Cortney Casey secured a dominant win over Georgia’s Liana Jojua on Saturday but the victory did not come easy. Jojua missed weight by nearly three pounds for their fight, something Casey thinks was intentional.

“I think 100 percent It was a conscious decision,” she told the media following the fight. “We had offered a catchweight at the beginning of the week and they turned it down. So, you know, we made the weight at 125 kind of knowing that she was going to still miss weight and come close to that 130 pounds and I mean, with her clothes on, she was 129 and they had to have her take her clothes off so that the fight could happen because I think it was like a three-pound limit. But yeah, I definitely think it was a conscious decision on their end to make sure that I had to cut the weight and suffer and you know, she still came in heavy and heavy-heavy for fight day.”

When asked how big her opponent felt in the Octagon, Casey said, “Big. Thanksgiving dinner big.”

Casey and Jojua were originally supposed to fight in August but visa issues stalled the match-up until November. Casey wonders if the visa issues were a cover for her weight issues.

“We were supposed to fight in August and she was having visa issues,” Casey said “You know now in the back of my head I’m like maybe it was a weight issue.”

Jojua was fined 30 percent of her purse for missing weight. 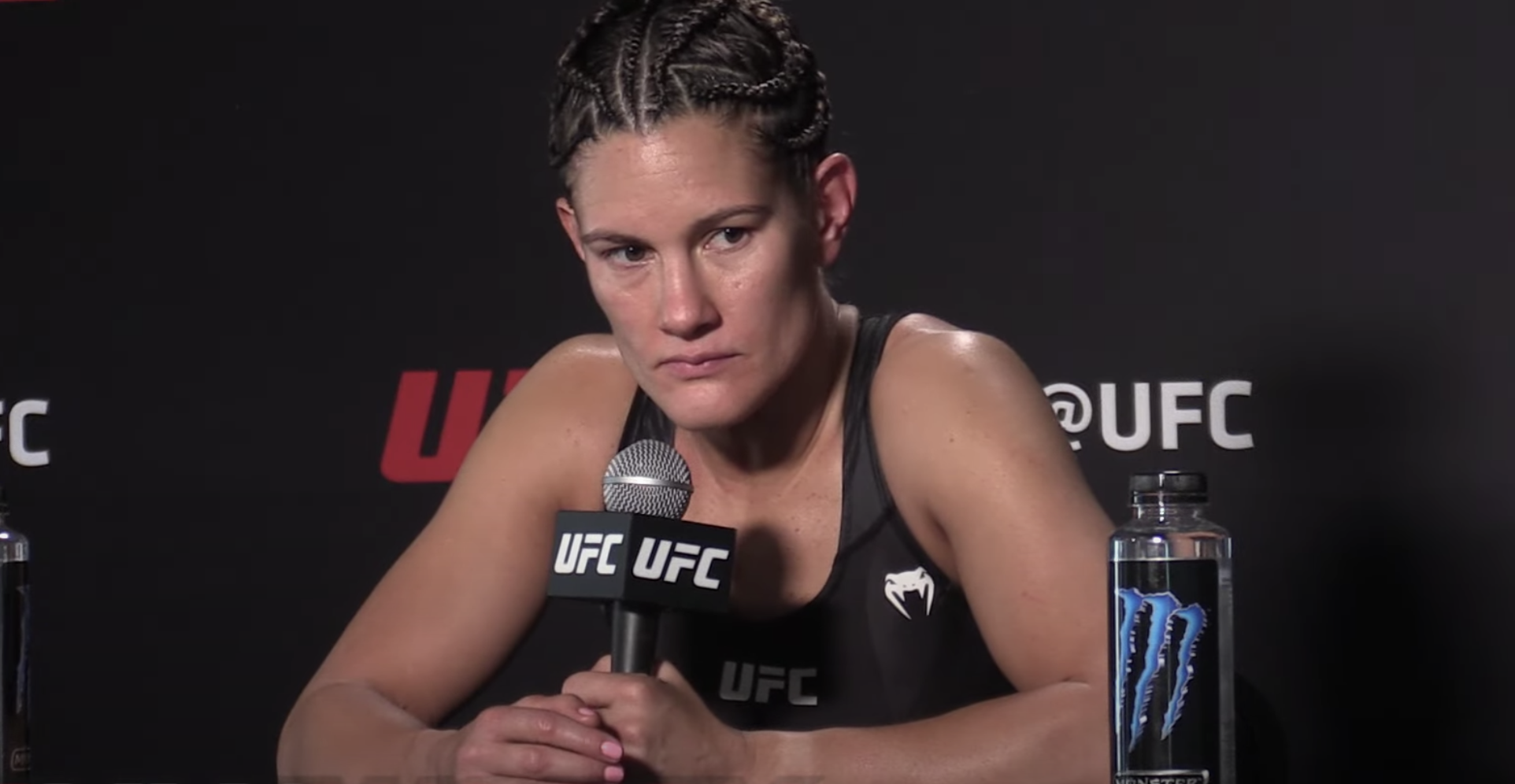