Former two-division UFC champion Daniel Cormier believes the ongoing dispute between Francis Ngannou and the UFC has entered “uncharted waters,” in more ways than one.

At UFC 270, much more was at stake than just a belt. As well as bragging rights in regard to his bitter feud with former coach Fernand Lopez, Ngannou’s future, standing in negotiations with the UFC, and hopes of a blockbuster boxing crossover were on the line.

After the opening two rounds, it seemed “The Predator” had bet on himself and come up short. But one takedown represented an almighty shift in momentum, one that would see Ngannou wrestle his way to a unanimous decision victory.

What would have been an intriguing post-fight period turned into an explosive and hotly-debated one after UFC President Dana White didn’t enter the Octagon to put the title around Ngannou’s waist and was absent from the post-fight press conference. That lack of attendance seemingly showed all is certainly not well between the promotion and its heavyweight titleholder.

With there also being a suggestion the social media team were told not to share footage from the fight to the company’s feeds, something that’s hard to deny after a brief look at Twitter, the past few days have seen a lot criticism flung in the direction of White and the UFC. That criticism increased after revelations about a legal threat sent to Ngannou’s manager mere hours before the event also came out.

According to UFC color commentator Daniel Cormier, the ongoing dispute has firmly drifted into “uncharted waters,” both in terms of White’s post-fight actions and contractually, a scenario he thinks could set the tone for future fighters and their negotiations.

“When Mick Maynard got up to go and put the belt on, granted, we have seen this in heavyweights before. Do you remember when Stipe beat Francis? When Stipe was upset by the way Francis was getting promoted, he took the belt from Dana and his coach put it on him. So we’ve seen these types of things before. But it was the athlete being upset with the promotion, so he didn’t let him, this was, I don’t know,” Cormier said during a recent episode of DC & RC. “I mean, I’ve seen other guys strap the belts before, but generally at international events. This was the first time I’ve seen a champion win on US soil and not have Dana put the belt on them. I honestly don’t know the last time Dana has not been at a post-fight press conference.

“So we are in uncharted waters here,” Cormier added. “But not only because of the reaction the UFC has given but also because of where Francis stands and his position. Francis is in a position that not many people get to, in regards to negotiations. It seems as though he’s more than willing to die on his sword. He took a chance on himself and it seemed as though he won… This is unprecedented. This is going to really tell you how people are going to go about their negotiations because we’ve never seen this before.”

Despite the reaction of fans and pundits, Ngannou was clearly not fazed by White’s absence, and even suggested it was an “honor” to receive the belt from matchmaker Mick Maynard instead.

And according to the UFC President, his absence during the main event and post-fight was simply due to other matters demanding his attention. It’s fair to say that explanation has split opinion in the MMA community.

Do you agree with Daniel Cormier’s take on the situation between Francis Ngannou and the UFC? 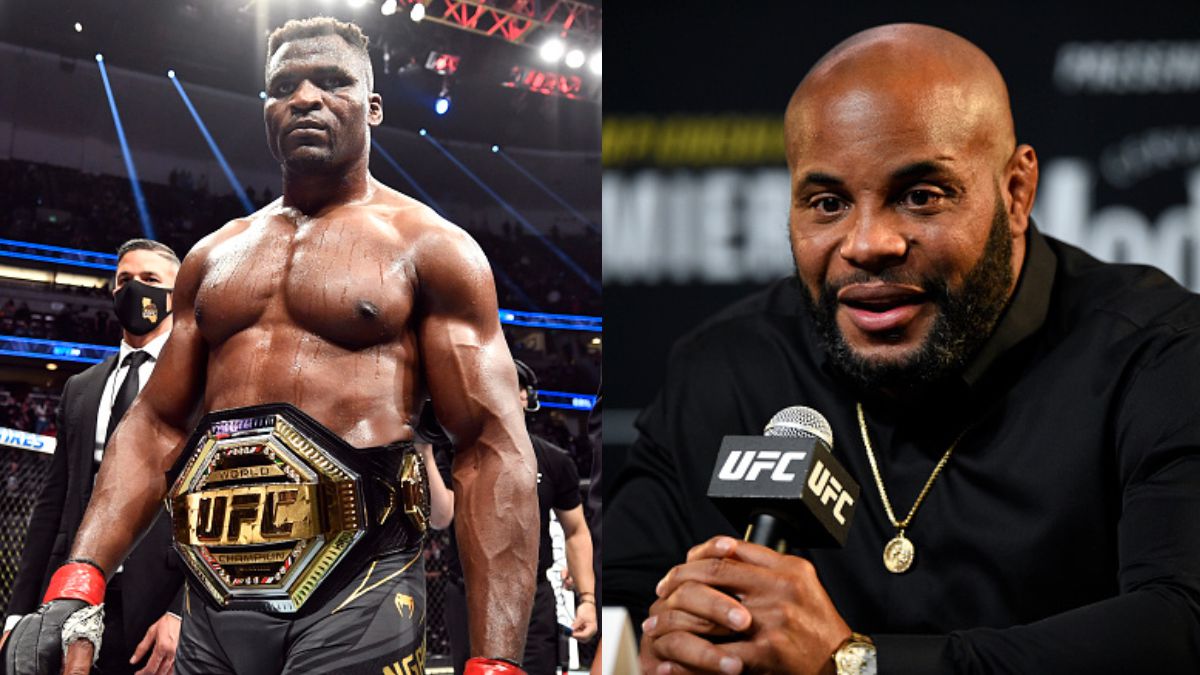