Cormier Advised Edwards To Wait For Title Shot Over Masvidal Fight
published on October 13, 2021
curated and posted by BRWLRZ Team

Edwards was last in action at UFC 263 in June. Against Nate Diaz, “Rocky” extended his unbeaten streak to 10 with a unanimous decision win. Despite a late surge from the Stockton native, which saw him rock the Englishman with less than a minute to go, Edwards controlled and dominated the fight for the best part of 24 minutes.

Having not lost since a 2015 defeat to current UFC Welterweight Champion Kamaru Usman, and beaten names like Donald Cerrone, former lightweight champ Rafael dos Anjos, top-five contender Vicente Luque, and Diaz, many believe Edwards has done enough to secure his first championship opportunity in the UFC.

Unfortunately for Leon Edwards, Dana White and the UFC brass clearly don’t share the same thoughts. The promotion’s president previously said that “Rocky” should remain active if he wants to secure his place opposite the champ in 2022. In response, the Jamaican-born Brit suggested he’s in need of some “Dana White privilege,” which is something he believes Colby Covington must have, judging by the fact he was able to secure a second title shot with one win over Tyron Woodley.

After considerable uncertainty surrounding the next steps of both Edwards and former title challenger Jorge Masvidal, the pair have finally agreed to meet inside the Octagon. It was recently announced that the fierce rivals will collide at UFC 269 on December 11.

In a recent episode of DC & RC, former heavyweight and light heavyweight kingpin Cormier advised Edwards not to give “Gamebred” something he didn’t provide him with when the Miami native was awaiting an opportunity at the belt.

“Why in the world should Leon Edwards now wanna look back to you guys? And I’m saying ‘you guys’ because Gilbert Burns, too. Gilbert Burns is guilty of this. [Masvidal and Burns] did not want to talk about Leon Edwards at all when they were the ones on the shortlist of a championship fight. Now, Leon is in that position and they wanna call him out. No, Leon. ‘Rocky,’ get the title shot that you so justly deserve. Don’t waste your time.” (h/t Sportskeeda)

Contracts have not been signed, but bout agreements have been sent to both teams. pic.twitter.com/sO4Awj75WS

Nevertheless, Edwards has given in to Masvidal’s callouts and ended their continuous ‘who ducked who?’ saga. While they look to secure a date with the champ, the welterweight title scene will move forward with a blockbuster rematch between Usman and Covington. The pair first clashed at UFC 245 in December 2019. After a competitive four rounds, “The Nigerian Nightmare” finished “Chaos” via TKO in the fifth frame.

After defending his gold against Burns and twice against Masvidal, Usman will now run it back with Covington at UFC 268 on November 6. The stacked pay-per-view will mark the promotion’s return to New York City’s prestigious Madison Square Garden.

With Burns’ victory over Stephen Thompson and the surging Luque making waves in the division, it remains to be seen whether a win over Edwards would be enough for Masvidal to secure a trilogy with Usman. Edwards, meanwhile, will almost certainly get his rematch with the champion if he can exact revenge on “Gamebred” for their 2019 backstage altercation.

Do you agree with Cormier? Should Leon Edwards have waited for a title shot instead of fighting Masvidal? 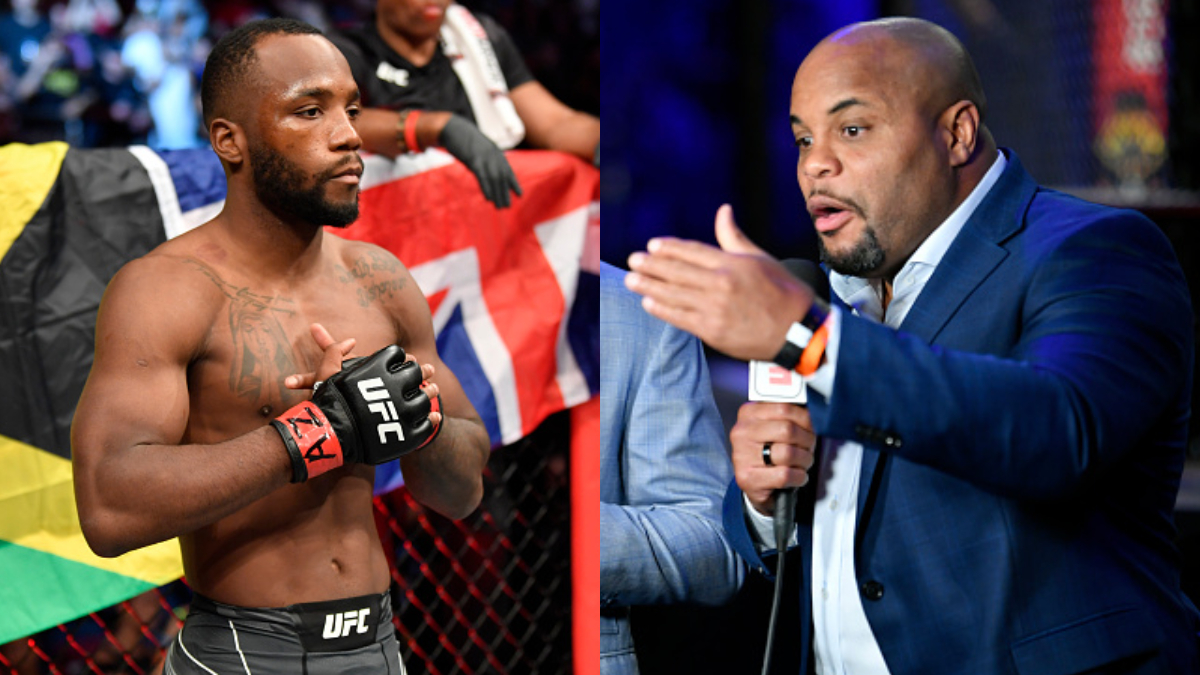