On January 23, in the main event of UFC 257, Poirier and McGregor will have a rematch nearly six-and-a-half years in the making. It is a very interesting fight given what happened the first time they fought, however, Sutcliffe believes if it remains standing, it is McGregor’s fight to lose.

“Skill-wise, no. Toughness, yes. I know Conor knocked him early, but Conor’s (got) too much boxing ability,” Sutcliffe said to The Mac Life. “Poirier comes straight at you, his arms are wide open. His arms are like this (opens arms wide). Conor will be able to get his shots or his kicks or anything in there like he did the last time. Now hopefully he’s more powerful now than he was – Conor’s more powerful now and so will the other guy be a little more powerful because he’s had to put on a bit of weight. Conor’s skill’s percentage towards Poirier’s skill percentage is much bigger. Not saying it’s going to be an easy fight, but Conor has the skill and the strength now.”

Although this is Sutcliffe’s opinion, Poirier is still very technical on the feet and can bring McGregor into a dog fight. We have seen “The Diamond” take fights into the later rounds and still be able to take punishment as well as give it and keep moving forward. If he can do that to the Irishman, perhaps, he can have success and ultimately win the fight.

However, Sutcliffe is confident McGregor will get the better of Poirier on the feet to win the fight. 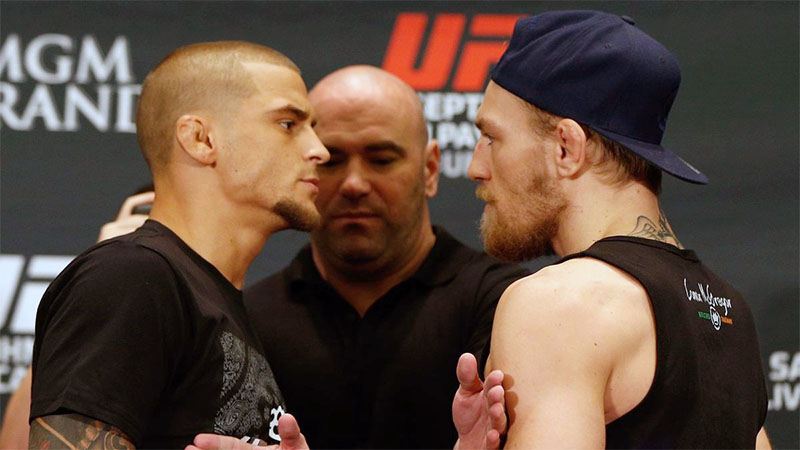