Conor McGregor Vows To Settle Poirier Rivalry Once And For All
published on November 18, 2021
curated and posted by BRWLRZ Team

Former UFC champion Conor McGregor isn’t willing to let go of his rivalry with Dustin Poirier easily and is planning for a fourth fight between the two.

McGregor has remained in the public eye despite being sidelined by the leg break he suffered against Poirier at UFC 264. McGregor hasn’t made it secret that he wants to run it back with Poirier again before their UFC careers are over.

McGregor had his positive moments in the fight at UFC 264 in their trilogy, but Poirier was able to land some hard ground-and-pound late in the first round that changed the trajectory of the bout. With just seconds remaining in the round, McGregor’s left leg collapsed from underneath him, and the fight was stopped by the doctors.

McGregor recently took to Twitter to make his intentions perfectly clear for his return.

Really nasty elbows and upkicks for sure. That or maybe a really annoying blue bottle was around him after the fight, lol.
Make no mistake they are not looking forward to what is coming.
I will be back and it will be settled.
Once and for all. https://t.co/hJMJ31OTqf

“Nasty elbows and upkicks for sure,” McGregor said. “That or maybe a really annoying blue bottle was around him after the fight. Make no mistake they are not looking forward to what is coming. I will be back and it will be settled. Once and for all.”

McGregor has made plenty of enemies during his time away from MMA, which has included engaging in Twitter back-and-forths with the likes of Jorge Masvidal and Ali Abdelaziz. He has also allegedly assaulted an Italian DJ while on vacation with his family and nearly brawled with American rapper Machine Gun Kelly at the 2021 MTV Video Music Awards.

McGregor has hinted at a return to the Octagon in 2022, and in a since-deleted tweet is targeting his first fight back to be sometime in the summer. He has been challenged by multiple potential opponents, including Max Holloway and Michael Chandler.

McGregor has lost back-to-back fights against Poirier but is clearly not giving up on another shot at the lightweight title. He’ll look to get back on track once he is fully recovered from his leg injury.

How do you think a fourth fight between Conor McGregor and Dustin Poirier would play out? 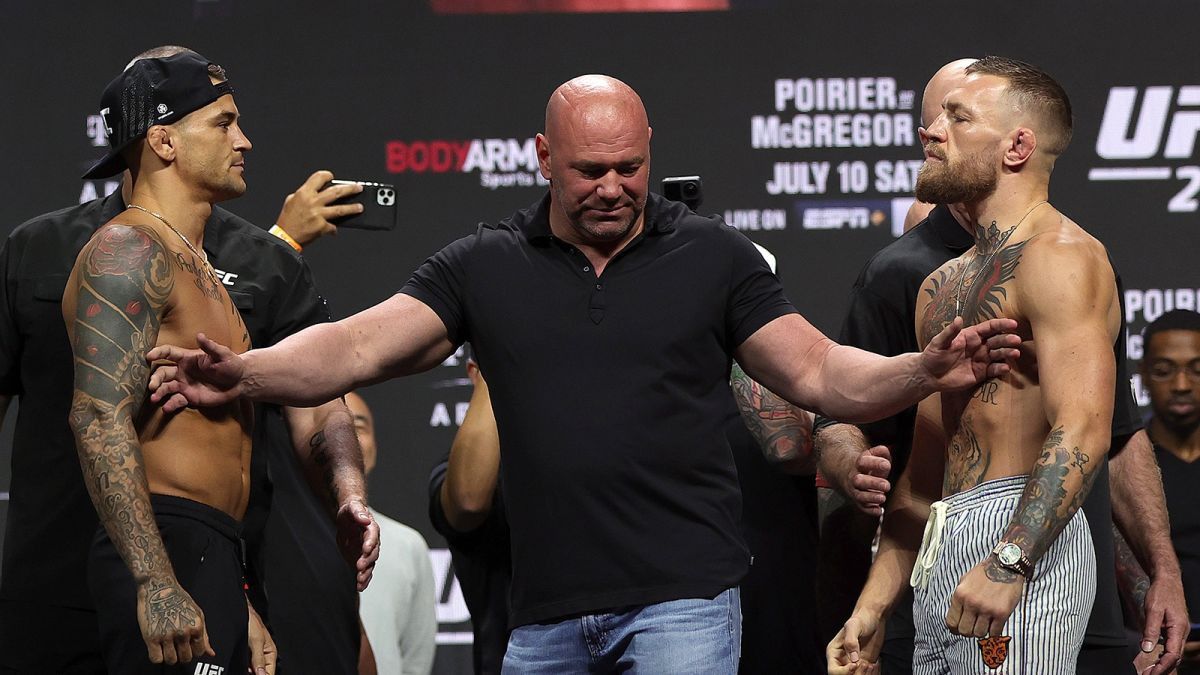