Conor McGregor Told To ‘go To Bed’ Amid Lengthy Analysis Post Reflecting On 2020 Win Over Donald Cerrone
published on November 18, 2022
curated and posted by BRWLRZ Team 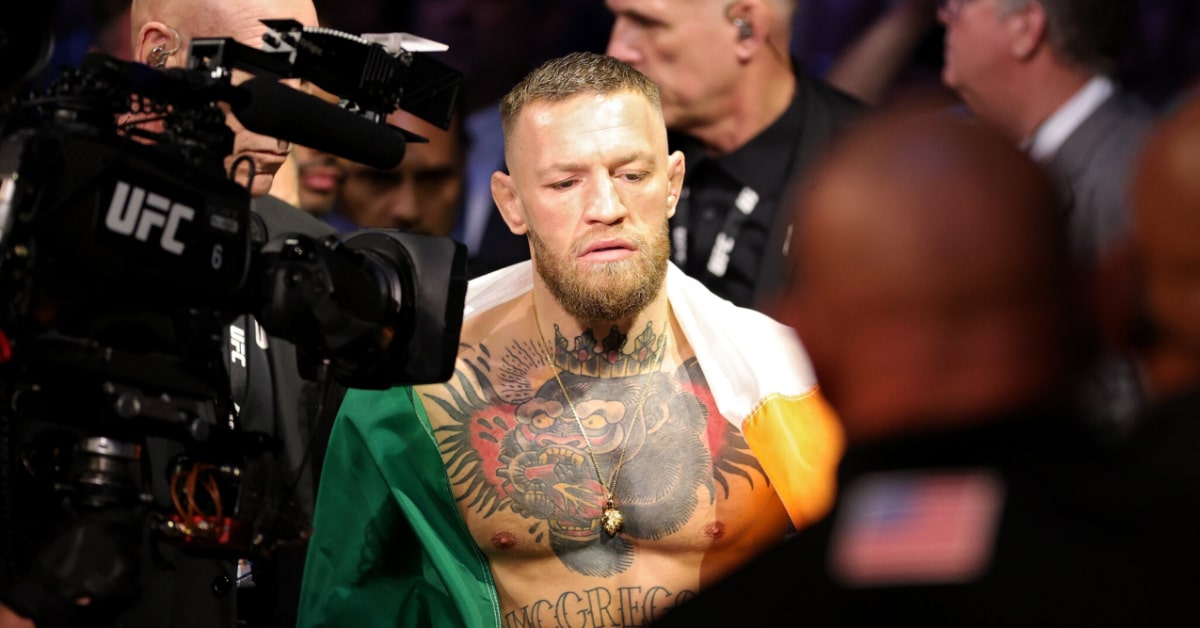 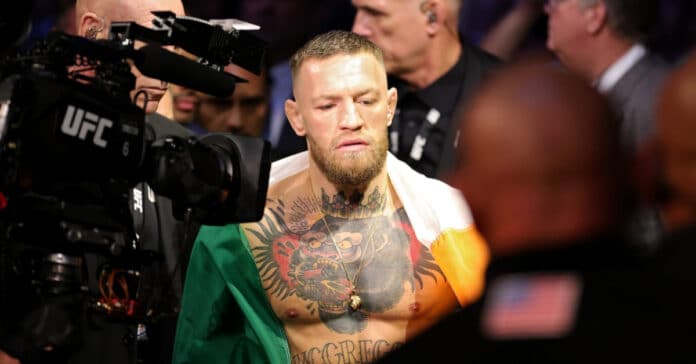 Former undisputed UFC lightweight and featherweight champion, Conor McGregor, has been labelled “drunk”, and urged to “go to bed”, after he posted a lengthy piece on his official Instagram account, reflecting on his 2020 victory over future UFC Hall of Famer, Donald Cerrone.

McGregor, the first two-weight champion held simultaneously in UFC history, has been sidelined since July of last year, suffering a fractured left tibia and fibula – resulting in a first round doctor’s stoppage TKO defeat to Dustin Poirier.

Expected to make an Octagon comeback in the coming months of next year, Conor McGregor must first, however, complete a period of 6 months in the USADA (United States Anti-Doping Agency) testing pool, having most recently been subject to testing in the third quarter of last year.

Without a victory since his above-mentioned 2020 win over Cerrone, Crumlin native, McGregor stopped the Denver native with a 40-second high kick and follow-up strikes knockout win. Reflecting on his dominant performance in a lengthy post on his official Instagram account, McGregor was told to “go to bed” by critics following his late-night post.

“The temptation here for the attacking fighter in this lower center of gravity position is always to connect to the body,” Conor McGregor posted accompanied by a picture of his finishing sequence over Donald Cerrone. “Grab a hold of it. Lean on it. Wrap an arm around it to stabilize themselves from falling over and to stabilize their own panic. Grab and hold merchants it is so easy to become and most are. By default we all are.”

“But it’s very difficult to maneuver to a real KO finish this way. However, if you can resist this temptation and build control and balance in this lower center position, as you see me with here, completely separating myself from this frame, you can aim for the temple and body fully torqued and get the job done without prolonging any more time in there than needed.”

“I am completely free from any contact of my opponent here, yet I am in that lower center of gravity position, fully stable,” Conor McGregor continued. “You don’t see that. Downward striking is a whole art unto itself. If boxing, the sweet science, is horizontal punching, downward punching is it’s vertical equivalent. It must be studied and practiced deeply. In this live play right here Donald is covering as I wait for his arm to move before I throw my shot. Watch the moment back.”

“I throw my shot right as he moves his hand, unguarding his temple. He had to move it to attempt to advance his position. My job was to be patient, controlled, and balanced in this position, completely free of connection, and unload to the temple when it presented itself.”

“I fell into grab at the very beginning of this sequence but I realized and disconnected myself,” Conor McGregor posed. “Not falling for the temptation of connecting and holding, but realizing it and disengaging for better velocity in the shots. Abdulmanap said this fight was like watching magic and he was right. 100% downward ground and pound accuracy I had in this fight. I did  not miss one shot. Enjoy.”

Amongst a slew of comments on the reflection post, McGregor was labelled “drunk” and told to “go to bed”, while many urged him to accept a potential future fight against recent UFC 281 feature, Michael Chandler in his Octagon return next year.