Conor McGregor Sends Message Of Support To Paddy Pimblett Following UFC 282 Controversy: “Doing All The Right Things Despite What You’d Think.”
published on December 12, 2022
curated and posted by BRWLRZ Team 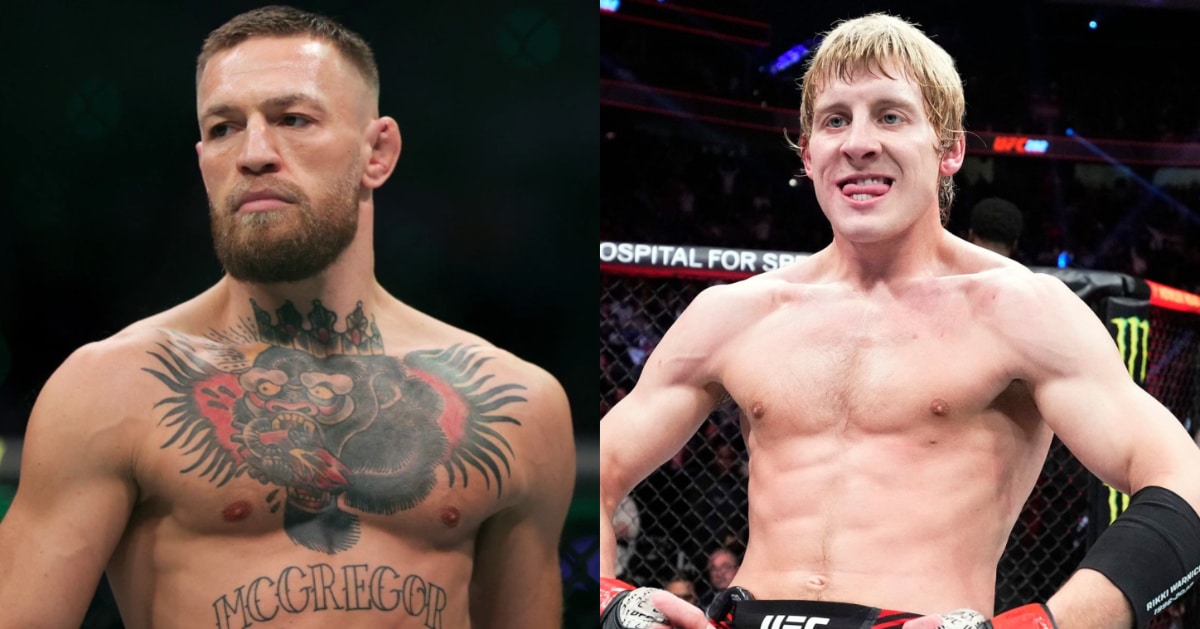 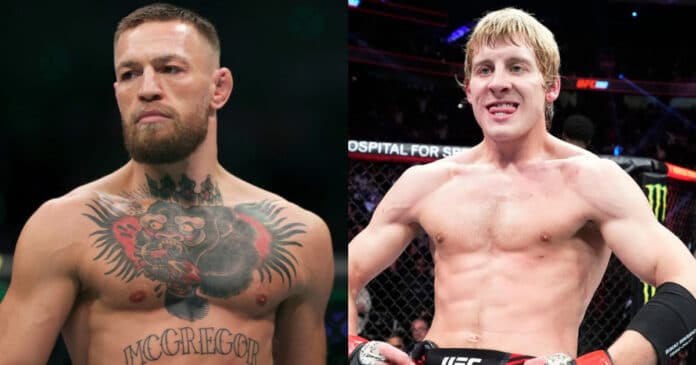 Conor McGregor sends a message of support to Paddy Pimblett following his controversial victory this past weekend.

Although Pimblett ended the week with another victory in the UFC, it was a rough seven days for the Liverpudlian.

First, Pimblett would get entangled in an exchange with Ariel Helwani, following comments made by him and Dana White when filming Pimblett’s YouTube channel. If it was a competition, The 27-year-old would have lost, Helwani would prove both Pimblett and White had lied and made several false accusations, as well as revealing that Pimblett’s team sought payment for an interview.

Then came Pimblett’s fight, ‘The Baddy’ would underwhelm and by a vast majority of onlookers’ estimation, clearly lost to Jared Gordon. Pimblett would be given a unanimous decision win, outraging many.

However, Pimblett did not share the same sentiment, feeling he was the clear winner of the bout.

“I don’t think it was close,” Pimblett said. “I don’t understand why everyone thinks it was close. I easily won the first two rounds, and then the third round I sort of coasted because me ankle was very soar.”

“So, as soon as it was the third round, he pushed me against the cage. I had no urgency to get off it. He wasn’t landing any damage. I was the one landing the strikes. I think he landed one significant strike in the third round.”

While Pimbett’s stock has undoubtedly taken a hit, the sport’s biggest star, Conor McGregor, took the time to send a supportive message into the sea of hate being sent Pimblett’s way.

“Congrats Paddy ‘The Baddy’ this weekend,” McGregor tweeted. “Doing all the right things despite what you’d think. Great stuff. Onward.”

Do you agree with Conor McGregor? Is Pimblett doing the right stuff?