Max Holloway and Conor McGregor were involved in a bit of Twitter banter on Tuesday afternoon.

This Saturday at UFC Vegas 42, Max Holloway will face Yair Rodriguez in the main event. Rodriguez is talented enough to warrant any fighter’s undivided attention, but when speaking of the future this week, Holloway floated the idea of facing Conor McGregor again some time down the line. The two competed at featherweight in 2013 in a bout that saw McGregor win via unanimous decision.

After that loss, Holloway would go undefeated for the next five years, staking his claim as arguably the best featherweight of all time. Still, like any great competitor, he would love the opportunity to avenge a previous loss, especially if it comes with some red panties to boot.

Perhaps McGregor caught wind of Holloway’s name-drop yesterday, which prompted the Irishman to pop up on an unrelated social media post from “Blessed” Tuesday afternoon.

“Light work,” McGregor replied, which set off the following banter between the two former opponents.

“Light beats. My walkout for our March. Should get you hyped to fight.”

As of this writing, that is where the banters ended. Should the two continue to quip some more, we’ll bring you the updates right here. Till then, you can enjoy Conor McGregor’s song of the day down below.

Do you think we’ll ever see a rematch between Conor McGregor and Max Holloway? 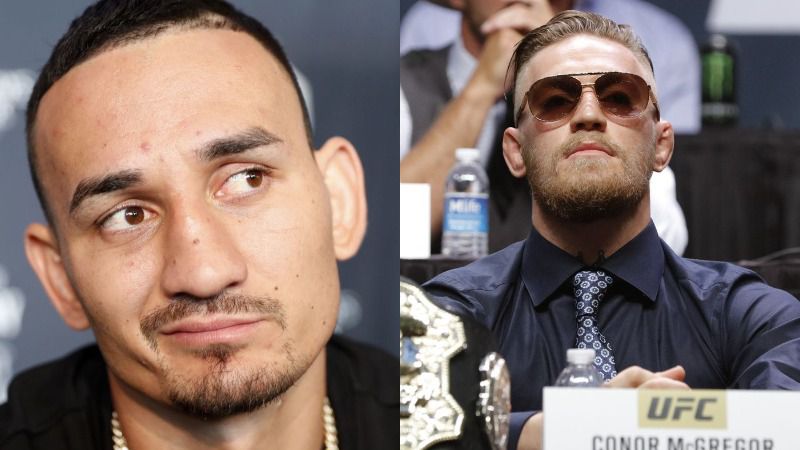