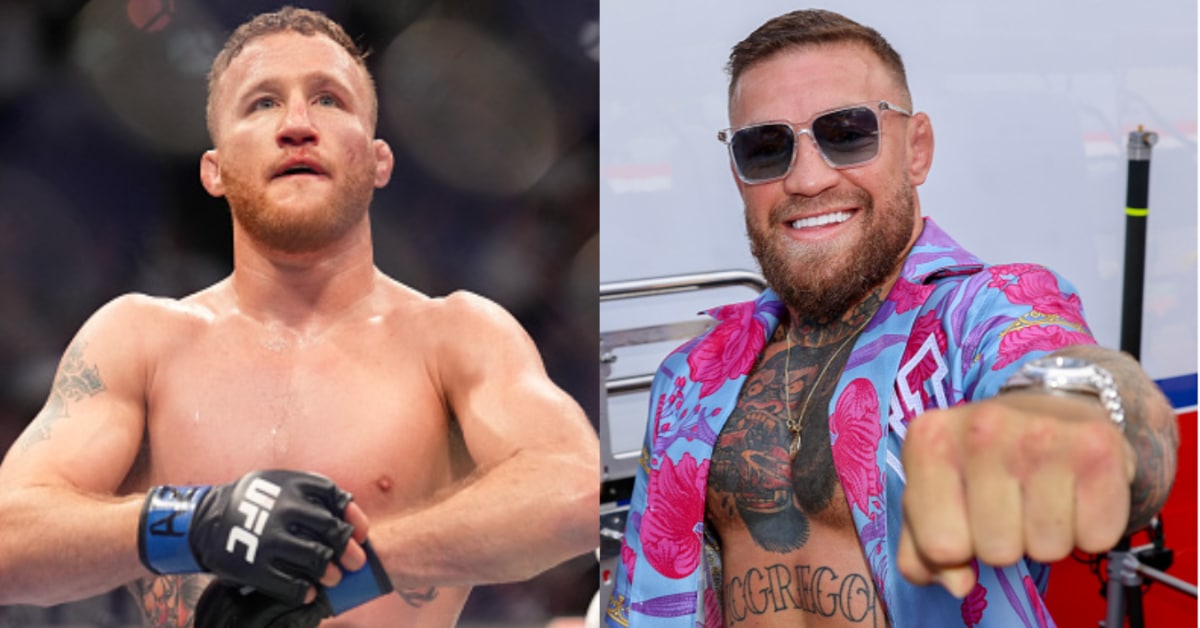 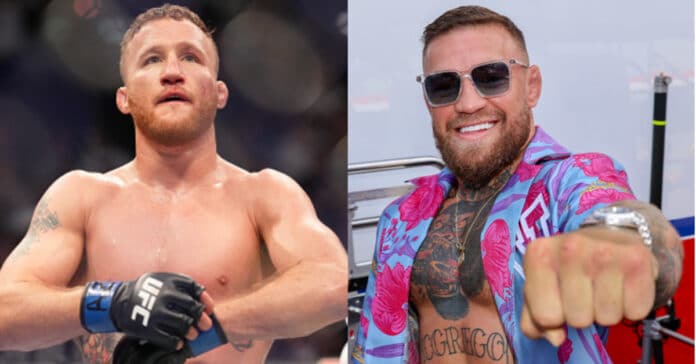 It’s been a long time since Conor McGregor was ‘The Notorious’ two-division UFC champion.

Since earning fame and fortune, McGregor seems to have fallen on hard times inside the Octagon, dropping three of his last four including back-to-back knockouts against rival Dustin Poirier. After breaking his leg in the first round of his UFC 264 bout with the aforementioned Poirier, the Irish superstar has been on a long road to recovery. 16 months later, McGregor is teasing a return to the UFC in early 2023, but not everyone is convinced that McGregor will ever return to the Octagon. That includes top lightweight contender Justin Gaethje who remains skeptical as to whether the former champ-champ will come back.

“I mean, I lost, so there’s a much greater chance that that will happen,” Gaethje told ESPN when asked about a potential fight with Conor McGregor. “He only fights people coming off losses, and here we are. I don’t think it’s going to happen at all. I think there’s about a zero percent chance. Why would he fight (again)? I don’t think he fights.”

Should Conor McGregor return, ‘The Notorious’ clearly has his sights set on UFC gold. Believing McGregor’s days as an elite-level fighter are over, Justin Gaethje would much rather see McGregor operate as a prizefighter, competing against the likes of popular welterweight star Jorge Masvidal.

“I mean a fight for purely, strictly entertainment value, possibly,” Gaethje said. “But as far as coming back and being a competitive athlete, trying to fight for a title, absolutely never again. … He might fight (Jorge) Masvidal. (Nate) Diaz is gone, so he f*cked up there.”

While Justin Gaethje isn’t convinced Conor McGregor will return, Dana White and the UFC are certainly hoping for their cash cow to come home sooner than later. As one of the biggest draws in combat sports, McGregor is responsible for eight of the 10 highest drawing pay-per-views in UFC history, the biggest of which came at UFC 229 when he faced Russian rival Khabib Nurmagomedov for the UFC lightweight championship. That event drew an unprecedented 2.4 million buys. It is the first and only time the UFC has broken the two million mark in its nearly 30-year history.

Do you believe Conor McGregor will return to the UFC in 2023 or is it time for the promotion to move on?