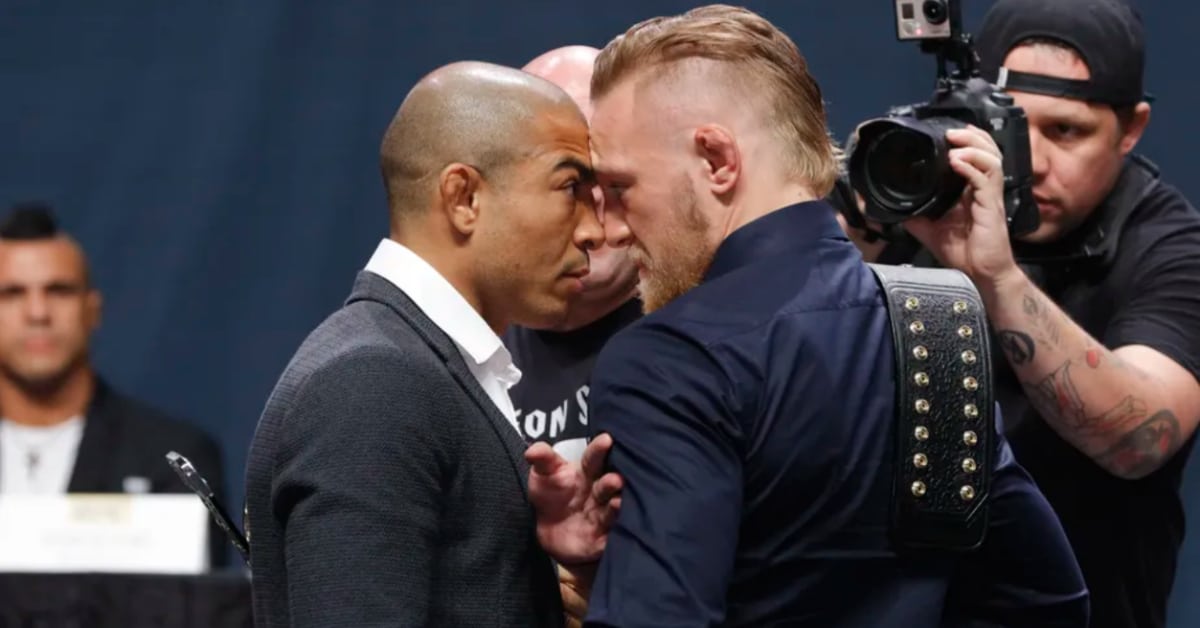 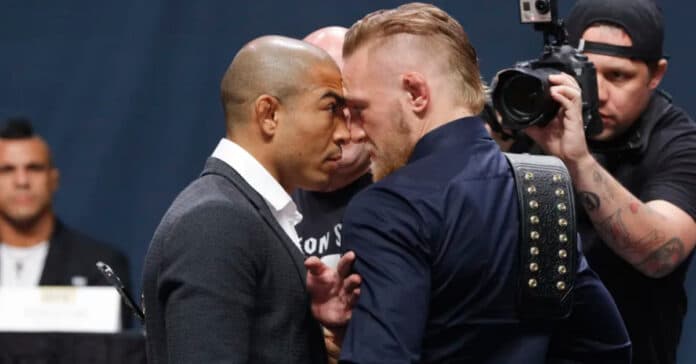 Previously describing once-bitter foe, Jose Aldo as a “real legend” in the sport of mixed martial arts, former two-weight champion, Conor McGregor has showered the Brazilian in praise following his induction into the UFC Hall of Fame in his native Brazil over the weekend.

McGregor, who played tormentor for Manaus fan-favorite, Aldo throughout both 2014 and eventually, 2015 ahead of a featherweight title unification clash, managed to turn in the fastest knockout in UFC championship fight history, finishing Aldo with a stunning 13-second KO at the MGM Grand in Las Vegas, Nevada.

Bringing the curtain down on their infamous rivalry, despite talk of a potential rematch in the time since, Conor McGregor recently heaped praise on Aldo’s 2021 win over compatriot, Pedro Munhoz, labelling the inaugural UFC featherweight champion as a “real legend”.

Over the course of last week during the UFC 283 event at the Jeunesse Arena, the organization confirmed Aldo would be the first inductee at this summer’s Hall of Fame ceremony in Las Vegas, Nevada – leading to an emotional outpour from the former champion.

Heralded for a spectacular, gold-laden career, which he called time on back in September of last year, Aldo’s induction into the promotion’s Hall of Fame was “earned” according to the Dubliner, McGregor.

Recalling a rather funny prank Conor McGregor played on him following his interim featherweight title rematch win over Frankie Edgar at UFC 200, Aldo revealed the 34-year-old hung a pair of red panties on the door handle of his hotel room.

“It was a bit of light-hearted fun,” Jose Aldo said of the prank. “I think we were in the Red Rock which is owned by Lorenzo (Fertitta) in Las Vegas. We were window-to-window and it was the night that I beat Frankie Edgar, he just sent it out as a light-hearted joke. I didn’t do anything with it but maybe I could get my wife to wear it or something.”