Conor McGregor Boasts About Being Richer Than Entire UFC Roster
published on October 13, 2021
curated and posted by BRWLRZ Team

Conor McGregor is back to his old self of flaunting his wealth.

McGregor is certainly the richest of MMA fighters, but he is now claiming to have more money than the rest of the UFC roster combined. The Irish fighter who has found himself on the top of the Forbes highest-paid athletes list has decided to boast a bit about his money and took to Instagram to do it.

McGregor had never been shy about flaunting his wealth. He can often be seen showing off his extravagant watches and cars. He is often photographed on huge boats and on vacations. He was the highest-paid athlete in 2020 and is by far the highest paid in the UFC. He recently shared the PPV numbers from his last bout to prove he is the top draw.

This brag comes at a time when fighter pay is a hot-button issue. Many fighters have been seen after their fights asking for bonuses. There have even been some cases where fighters have to crowdfund in order to pay for fight camp expenses. Dana White has been the first to combat allegations that fighter pay is too low and has used McGregor’s wealth as an example on occasion.

McGregor is currently healing up from the injury that he suffered in his last fight against Dustin Poirier. McGregor was first doing his recovery in California but has relocated to Miami for the time being. His social media is filled with pictures showing his progress and his luxurious lifestyle. He plans to return to the UFC Octagon when his leg is healed.

Do you believe that McGregor has more money than the entire UFC roster? 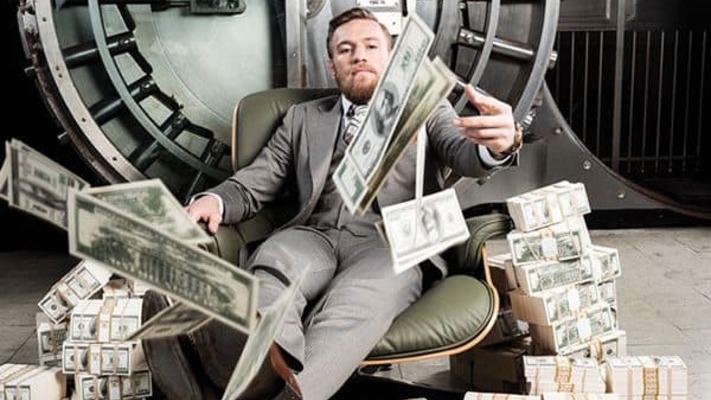