Jones, who vacated the 205-pound gold last February in order to pursue a move up to heavyweight, found himself in the headlines for all the wrong reasons yet again in September. Just hours after his 2013 fight with Alexander Gustafsson was inducted into the UFC Hall of Fame’s Fight Wing, “Bones” was arrested in Las Vegas.

Jones was charged with battery domestic violence and injuring and tampering with a vehicle. The incident was made even more troubling when the initial call to the police was released and details of Jones’ altercation with his fiancé came out.

Jones’ arrest was the latest of a string of run-ins with the law in recent years. He was involved in a hit-and-run accident involving a pregnant woman in 2015, which led to Jones vacating the light heavyweight championship. He was also involved in a DWI case last year in which he reached a plea deal. He also took a plea deal in a 2016 drag racing case.

While Jones has vowed to fix his ways and recently provided an update on his ongoing journey to sobriety, many of his UFC peers are doubtful of his ability to change, including former interim welterweight champ Colby Covington. During an interview with MMA News’ James Lynch, “Chaos” suggested Jones will continue to partake in criminal activities.

“Oh, my gosh, man. I’m not surprised. I mean, definitely not surprised. That guy’s gonna continue to do felon-type stuff, criminal-type activities. That guy’s a piece of shit, man. He’s a dirtbag. I mean, beating your wife? And she’s so manipulated and so messed up emotionally in the head from what he’s done to her over the years, you can tell she just has trauma so she doesn’t want to rat him out. He used to bring home big money for her. So of course, she wants to keep the gravy train going. She doesn’t want anything to ruin their relationship. So I get where she’s coming from and why it’s happening, but man, that’s sad, James.”

Discussing the latest incident, which he described as “despicable,” Covington told MMA News that Jones should never be allowed to professionally fight again.

“I mean, that’s bad. That’s real bad. You put your hands on a woman, you left her with marks and blood, and ugh, man. It’s despicable. And it’s sad that he even has a job, but I think the UFC should just milk out his career and not ever let him fight again. Because that guy shouldn’t be fighting. He doesn’t deserve to be in a cage. And we don’t want to see him lose any more brain cells, because he’s already lost it. He’s completely lost it in his head, and fighting again is just gonna make him get worse.”

Catch our full interview with Colby Covington below:

Do you agree with Colby Covington? Should the UFC prevent Jon Jones from fighting again? 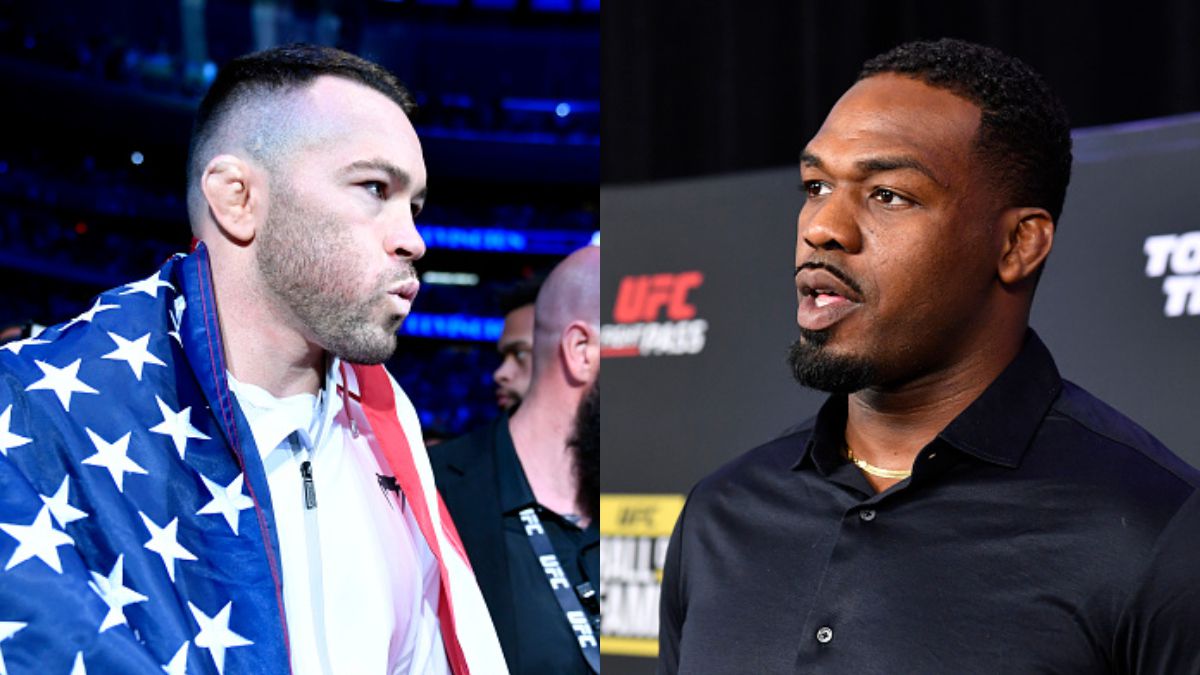