Cody Garbrandt may opt not to wait to receive a flyweight title shot before he returns to competition.

Former UFC bantamweight champion Cody Garbrandt was set to challenge Deiveson Figueiredo at UFC 255 in November, but unfortunately, he had to withdraw from the fight a few weeks prior to the event. Figueiredo would go on to defeat Alex Perez in the event’s headliner instead.

When Figueiredo was booked to defend the flyweight title against Brandon Moreno at the subsequent pay per view, Cody Garbrandt was unconcerned about what that meant for the status of his showdown against Figueiredo. Garbrandt expected Figueiredo to run through Moreno and become available for their fight in the first quarter of 2021, but Moreno threw a wrench in those plans by exceeding the expectations of Garbrandt and many others by pushing Figueiredo to one of the best fights of the year in a majority draw.

This inconclusive result of the UFC 256 main event led to UFC president Dana White and both participants committing to a rematch. And after the war that was conducted in the Octagon between these two top flyweights, there could be quite a wait for Cody Garbrandt if he intends to keep waiting on Figueiredo to become available. But according to Garbrandt’s manager, Ali Abdelaziz, they have a plan B if the flyweight champ remains tied up for a while.

“I’m interested in Cody Garbrandt vs. Jose Aldo at 135 pounds,” Abdelaziz told MMA Junkie. “If the flyweight champ is available, 100 percent Cody is the No. 1 contender. That’s what Dana White says. If he’s not available, everybody is booked or coming from losses.

Jose Aldo has other ideas for his next fight, however. After defeating Chito Vera at UFC on ESPN: Thompson vs. Neal, Aldo suggested a fight between himself and T.J. Dillashaw, who will be eligible to return from his USADA suspension in January. But Abdelaziz has another opponent in mind for Dillashaw while Aldo faces Garbrandt instead.

“I think T.J. needs to sit his ass down,” Abdelaziz said. “He’s not even in the rankings – or maybe he can fight Rob Font or some of these guys. But Cody Garbandt vs. Jose Aldo, I think that would be a huge fight for the UFC.” 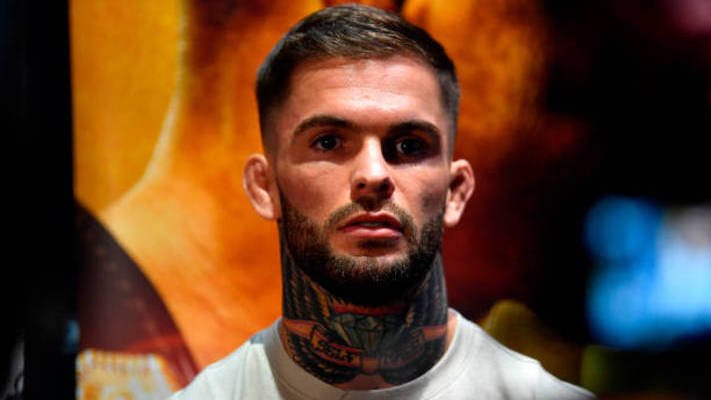