Cody Garbrandt Plans To “Make A Splash” In Flyweight Debut At UFC 269
published on December 10, 2021
curated and posted by BRWLRZ Team

In 2016, Garbrandt was 11-0 as a professional, held the 135-pound title after a remarkable performance against Dominick Cruz, and looked set for a long reign on the throne. Fast forward five years and “No Love” finds himself 1-4 in his last five outings and firmly out of contention in a stacked bantamweight division.

With that in mind, the powerhouse is pursuing success in the fresh pastures of the flyweight weight class. He’ll look to show he has the speed to match the 125lbers and the same power as before when he faces Kai Kara-France this weekend at UFC 269.

Garbrandt Is Ready To Return To “Flow State”

Garbrandt was originally scheduled to move down last year to challenge for the title against former champion and current top contender Deiveson Figueiredo. After COVID-19 led to the bout’s cancelation, Garbrandt had one last hurrah at bantamweight in the form of a main event loss to Rob Font.

Now, the 30-year-old is ready to make an impact in a new environment. During an appearance at UFC 269 media day on Wednesday, Garbrandt discussed his decision to leave his old stomping ground and commit to a flyweight transition. Describing the switch as “inspired,” Garbrandt showed a newfound confidence in his first 125-pound fight week.

“We’ve been going back and forth on this, it’s been on my mind, I’m a doer. When I say I’m gonna do something, I’m gonna do it… It’s one of the best things I’ve done. I actually texted Dana (White) a couple weeks ago and was like, ‘I wish we would’ve done this a while ago…’ I’m inspired. I’m inspired for what’s about to take place on Saturday night. A new division, end of the year, great card, a good opponent, a worthy adversary; I’ve done everything I need to do to collect this win.”

The main discussion ahead of this weekend has surrounded whether or not Garbrandt’s famed speed and power will transition well to flyweight, a division known for fast-paced action. But “No Love” has zero concerns on that matter, and expects to “make a splash” on December 11.

Despite high-ranked contenders Askar Askarov and Alexandre Pantoja seemingly in line for future title shots, many, including Garbrandt himself, expect the former bantamweight champ to jump straight into the championship picture with a win this weekend. “No Love” even suggested he’d be willing to serve as backup for the trilogy fight between reigning king Brandon Moreno and Figueiredo at UFC 270 next month.

How do you think Cody Garbrandt’s flyweight debut will play out at UFC 269? 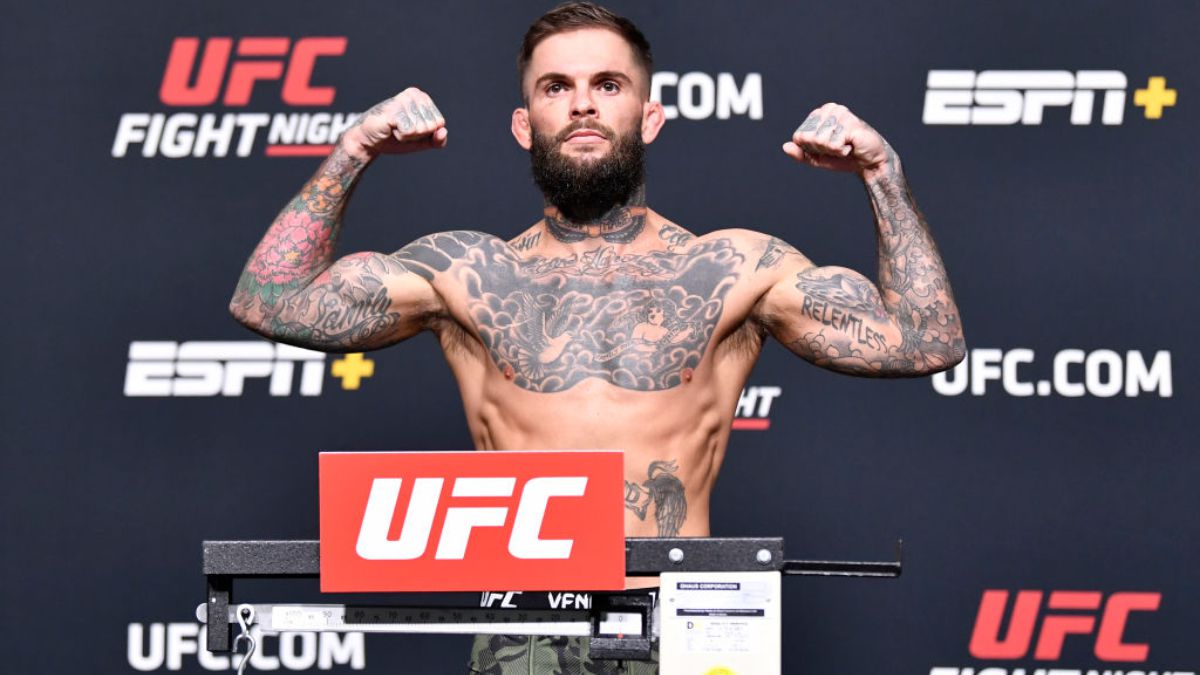