Cody Garbrandt Admits Fear Ahead Of Flyweight Debut At UFC 269
published on October 6, 2021
curated and posted by BRWLRZ Team

Former UFC Bantamweight Champion Cody Garbrandt has admitted that he’s “scared” ahead of his move down to the flyweight division later this year.

After over six years as part of the 135-pound weight class, Garbrandt will be dropping down in an effort to rejuvenate his faltering career. Since extending his unbeaten record to 11-0 and dethroning Dominick Cruz to become champ, “No Love” has lost four of his last five fights. Back-to-back defeats to T.J. Dillashaw left him beltless and on a losing skid, before a crazy first-round knockout at the hands of Pedro Munhoz succumbed him to three consecutive setbacks. A KO of the year contender in 2020 against Raphael Assunção brought Garbrandt back into the win column, but a five-round loss against surging contender Rob Font earlier this year left the 30-year-old at a crossroads.

As many expected, Garbrandt decided to work towards a flyweight switch. The division, which looked at threat of being abolished following Henry Cejudo’s departure last year, has developed into one of the exciting in the promotion. Given the opponent he’ll be facing for his divisional debut, it stands to reason Garbrandt’s first appearance at 125 pounds will fit with that narrative.

At UFC 269, Garbrandt will meet #6-ranked Kai-Kara France. The new Zealander never fails to entertain, and he’ll be looking to use the former bantamweight champ as a leapfrog to a shot at Brandon Moreno’s 125-pound gold. With two bonuses in his last two bouts, France will certainly be bringing the fight to Garbrandt come December 11.

In a recent episode of his Rollin with the Homies podcast, Garbrandt admitted that he has to make a statement against France. The Ohio native also suggested that he fears the unanswered questions heading into his flyweight debut. Despite that, he revealed he’s feeling good about making the new weight limit and finding success at 125 pounds.

“I’ve got to make a statement, and I’m known to,” Garbrandt said. “This is a huge fight for me, (a) huge opportunity for my career. I’m as scared of this as any fight because I’ve never made 125. I’ve never fought here. There’s a lot of unanswered questions. Just like going into the Dominick Cruz fight – yeah, I could go in there and knock him out. But could I go five rounds? Could I do this? Could I do that?

“There’s so many unanswered questions that it scares me and motivates me in the sense of doing the extra. Not that I haven’t in the past, but it’s more. You have to add more onto it, then figure it out. So I think that this will be a great weight for me. My energy levels feel good. I’ve been on a diet for about two months now, so I’ve already shaved off five to seven pounds, give or take. I’m feeling good.” (h/t MMA Junkie)

UFC 269, which will be the final pay-per-view of 2021, is stacked. Alongside Garbrandt’s flyweight debut, three title fights will go down inside the T-Mobile Arena in Las Vegas. In the main event, Charles Oliveira will look to make his first title defense against top contender Dustin Poirier. Elsewhere, Amanda Nunes will finally face Julianna Peña in their rearranged bantamweight bout. Completing the trio will be a trilogy fight between Mexico’s first UFC champ Brandon Moreno and “Deus Da Guerra” Deiveson Figueiredo.

Despite three belts being on the line after his bout, Garbrandt will be hoping to steal the show with an impressive first appearance at the lowest men’s weight class in the UFC.

Do you think Cody Garbrandt will be successful in his flyweight debut at UFC 269? 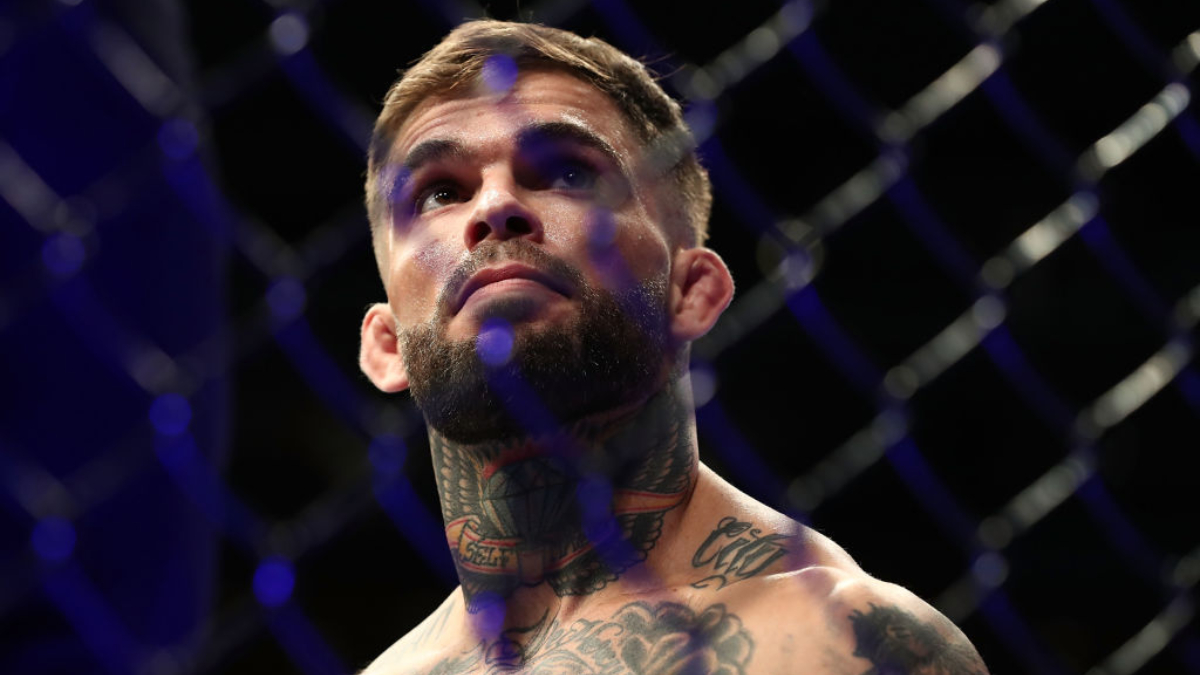