Cody Durden Responds To “Send Him Back To China” Backlash
published on November 22, 2021
curated and posted by BRWLRZ Team

UFC flyweight Cody Durden has responded to the swift and heavy backlash for saying he sent his defeated opponent “back to China.”

Yesterday on the UFC Vegas 43 preliminary card, Cody Durden defeated Chinese opponent Qileng Aori via unanimous decision. This was Durden’s first victory in the UFC, which means that it called for his first post-fight interview. And boy, did he make it a memorable one.

“I had to send him back to China where he came from” -Cody Durden … Daniel Cormier didn’t know what to say so there was an awkward pause for like 5 seconds LMAO! pic.twitter.com/Au4p2qeCA2

“I knew he was going to be tough, but I had to send him back to China where he came from,” Durden told a speechless Daniel Cormier after the fight.

I don’t like Cody Durden racist comment in his interview. Should I smash this guy for my UFC debut? @UFCEurope @ufc

After emotions cooled down some on his end, Durden took to Twitter himself to explain his post-fight remark and respond to the criticism it incited.

Listen, the guy was disrespectful, and wouldn’t shake my hand at the weigh ins. After beating him, I simply meant he could go home wherever that may have been. I apologize if I offended anyone, that certainly was not my intention!! I love you all! See you at the top. @ufc

“Listen, the guy was disrespectful, and wouldn’t shake my hand at the weigh ins. After beating him, I simply meant he could go home wherever that may have been. I apologize if I offended anyone, that certainly was not my intention!! I love you all! See you at the top,” Durden tweeted.

During a post-fight media scrum, Durden went on to express that if anyone truly has a problem with his words, they can do something about it inside the Octagon.

“No, man, if they don’t like it, do somethin’. Sign the contract,” Durden said. “It doesn’t matter to me. I said what I said, and it is what it is. And yeah, emotions were high. It’s the fight business, you know? He was punching me in the face and I was punching him in the face. It’s his family or mine. And tonight, my family eats.”

Durden’s comments are consistent with that of Dana White‘s stance on how to handle controversial remarks, which is, essentially, to just fight it out. One recent example of this came when Israel’s Oron Kahlon called Afghanistan’s Javid Basharat a “terrorist” prior to their Contender Series bout last month. After Basharat defeated Kahlon, White considered it “justice served” and further exemplification that the UFC is the place to settle all scores.

In this case, Durden was the victor, so White may have to amend his UFC “justice system,” if you will. In any event, there are, in fact, people wanting to fight Durden, but one of them wanted to fight him even before his viral post-fight interview, that being Jeff Molina.

Molina was among those who reacted to Durden’s post-fight interview, as you can see below:

“Dudes a real POS, I’ll gladly punch him in the face!!”

Durden also called out Molina in the post-fight interview prior to his “go back to China” comment. He later doubled down on this selection when speaking to reporters after the fight.

“Yeah, Jeff Molina. I’ve called out a lot of guys on Instagram, a lot of guys on Twitter, and most of them don’t respond, man,” Durden said. “They don’t say anything back. But props to El Jeffy. He said he’s gonna put his nuts on my head as I nose dive for a takedown, and I’m holding him to it. Let’s run it.”

Both men are in, so now it’s up to the UFC to make it official. Or perhaps Dana White will instead seek out a Chinese flyweight who may have taken offense to Durden’s remarks to “settle it” in the Octagon.

What do you think? Was Durden’s comments out of bounds? Or are people overreacting and/or taking it out of context? 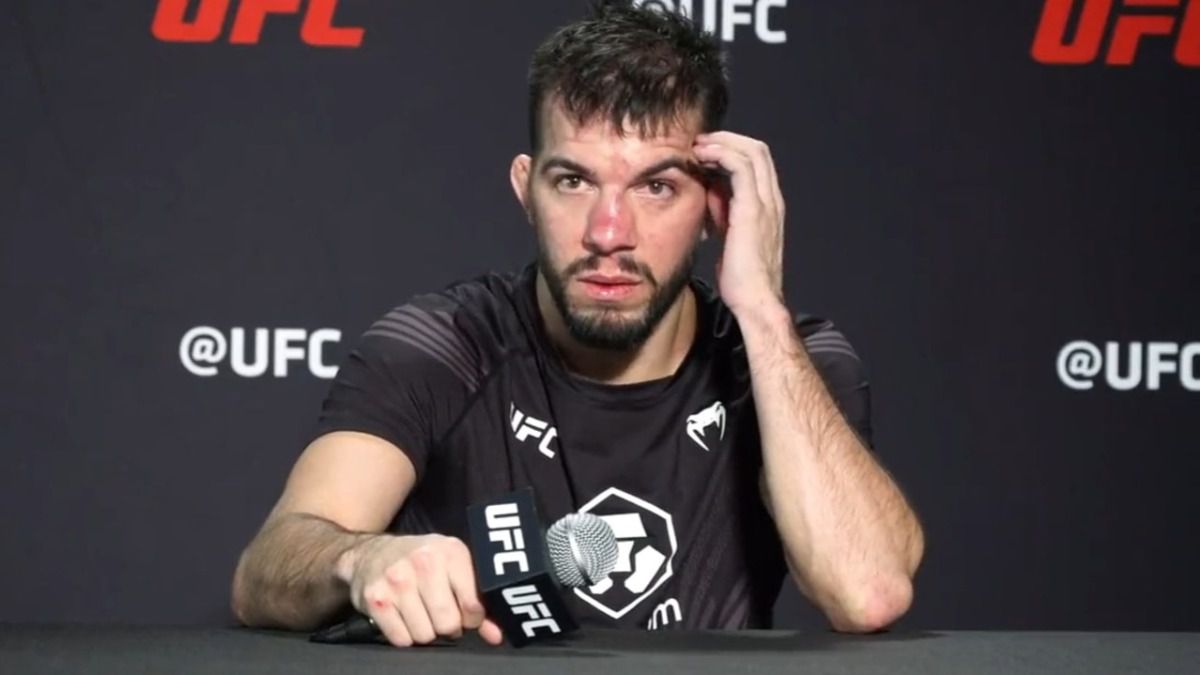