Coach Shares Advantage That Could Lead To Zombie Beating Volkanovski
published on January 13, 2022
curated and posted by BRWLRZ Team

Fight Ready striking coach Eddie Cha has revealed the stylistic advantage he believes could give “The Korean Zombie” Chan Sung Jung the edge if he challenges Alexander Volkanovski for the featherweight title.

Mere days ago, the promotion’s plans for March’s UFC 272 were revealed. Completing a blockbuster trilogy, Volkanovski looked set to defend his belt against Max Holloway, who has impressed in two main event wins since his back-to-back losses against the Australian.

But after aggravating a previous injury, news broke that “Blessed” had been forced to withdraw from the contest. We want to say that fight joy has never been provided and taken away so drastically and quickly, but for UFC fans, especially during the pandemic, this is nothing new.

It didn’t take long for a number of featherweight contenders to throw their names in the hat to replace Holloway. As well as top-10 145lbers Yair Rodriguez and Giga Chikadze, former two-division UFC champion Henry Cejudo once again staked his claim for the chance to win a third divisional gold in the promotion.

However, per Ariel Helwani, the man set to take centre stage with “The Great” Volkanovski at UFC 273 in April is The Korean Zombie. The fan favorite rebounded from his title eliminator loss to Brian Ortega with a main event win against Dan Ige last year. He’ll now look to reach the mountaintop at the second time of trying.

With Zombie’s replacement opportunity all but officially confirmed, the 34-year-old’s coach Eddie Cha spoke exclusively to MMA News. As well as discussing the latest developments in the featherweight title picture, Cha spoke about a possible Cejudo return, Deiveson Figueiredo‘s preparation ahead of UFC 270, and Zhang Weili’s expected return to the Fight Ready gym.

Cha: Zombie Has A Great Chance Of Beating Volkanovski

While some see Zombie as the correct replacement for Holloway, many in the MMA community have claimed Chikadze should be thrust to the title should he defeat Calvin Kattar in this weekend’s main event. However, with the Georgian sat at #8 in the rankings, compared to Zombie’s #4 spot, and the South Korean’s 3-1 record since 2018, it’s hard to brand the veteran as undeserving.

Along the same lines, many expect the likes of Chikadze and Rodriguez to pose a greater threat to Volkanovski than Zombie. But one man who’s consistently worked with the 34-year-old in the gym and throughout his career believes he may shock the world when he enters the Octagon with the Aussie titleholder.

Naming his height advantage and prior success against shorter fighters as evidence, which includes knockouts of Frankie Edgar and Dennis Bermudez, Cha told MMA News’ James Lynch that Zombie has a “great chance” of taking the title from Volkanovski.

“I think Volkanovski is an unbelievable champion. I think he’s been underestimated the last few fights. But now, he’s not. Everybody knows how good he is. But, as far as stylistically, Zombie does so well against shorter fighters. I really kinda like this fight; I think anybody does when it comes to a title shot, but I really think he has a great chance of winning that fight.”

With Glover Teixeira dethroning Jan Blachowicz last October and Julianna Peña shocking the world by submitting Amanda Nunes in December, 2021 had its fair share of upsets. If Cha and The Korean Zombie have their way, the name Chan Sung Jung will be on the Upset of the Year nominee list at the end of 2022.

Do you think The Korean Zombie has what it takes to dethrone Alexander Volkanovski? 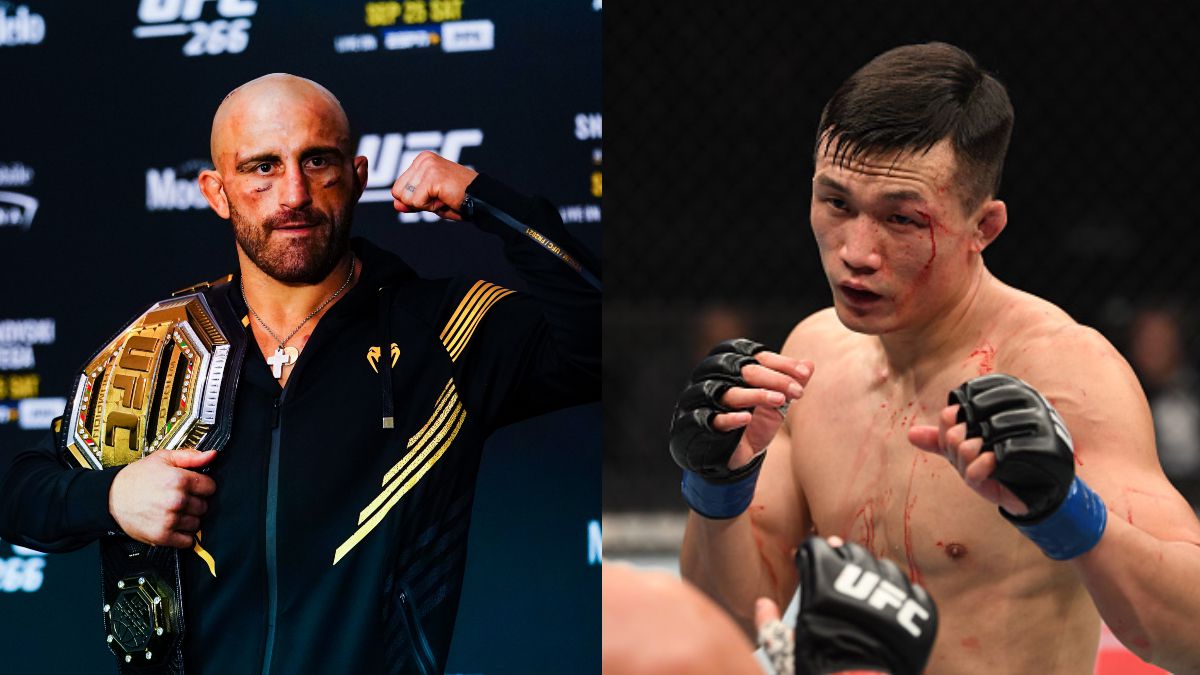