Coach Kavanagh Hints at McGregor/Poirier At Welterweight
published on October 19, 2020
curated and posted by BRWLRZ Team

Based on recent comments from McGregor head coach John Kavanagh, you can expect the Conor McGregor vs. Dustin Poirier fight to happen at welterweight if it becomes official.

Conor McGregor and Dustin Poirier have verbally agreed to compete at UFC 257 in January 2021, and now the weight division in which the bout would take place is beginning to come to light. Given the fact that both men are ranked in the top 5 at lightweight, Poirier has never competed at welterweight, and how the winner of the fight is likely to be next in line for a lightweight title shot, it would seem fair to assume that a bout between McGregor and Poirier would take place at lightweight. But if there is one thing that has become clear in following Conor McGregor over the years, his next move is always made with his own reasons, not anyone else’s logic. So when discussing McGregor’s progress and his upcoming clash with Dustin Poirier on Twitter, Coach John Kavanagh seemed to let the cat out of the bag on what weight class the fight will take place.

“Watching @TheNotoriousMMA do MMA rounds lately has been a real joy and education. Fluidity of movement with elite level timing and skill. Dustin has improved so much since first meeting,  conor has improved much more imo. To see them hydrated & healthy at 170 will be fascinating.”

A fan would then ask Kavanagh why the fight would not take place at 155, and Kavanagh would offer an unvarnished response.

“What possible interest have you in watching 2 guys who are 170 spend 48hrs cutting to 155 to become 170 again immediately after scales. Are you a fighting fan or some odd interest in looking at dehydrated men in underwear fan?”

The one issue if the bout is to take place at 170 is whether or not the winner would then receive a title shot since, you know, the division is a 155-pound division and all. Dana White and the UFC would likely offer no objections to a McGregor/Nurmagomedov bout regardless of any nagging technicalities, but for someone as principled as Nurmagomedov who has voiced his reluctance to provide a title shot to an “undeserving” Conor McGregor, it seems highly plausible that Nurmagomedov would opt not to rematch McGregor if he receives a title shot by fighting in an entirely different weight class.

What do you think about the prospect of Conor McGregor vs. Dustin Poirier at welterweight instead of lightweight? 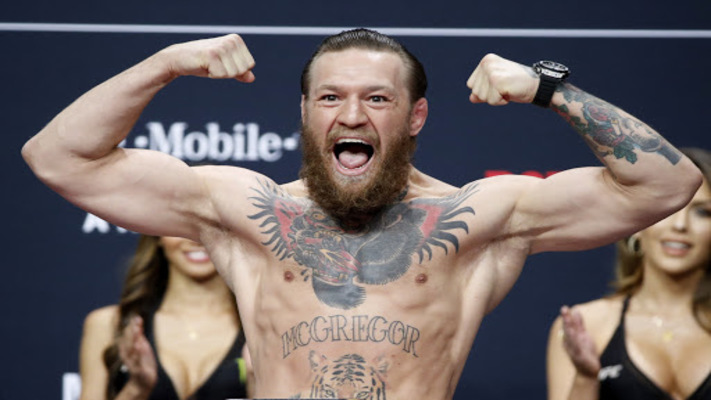