Francis Ngannou‘s former coach Fernand Lopez has accused the UFC Heavyweight Champion of downplaying Ciryl Gane’s abilities to the UFC while the pair were teammates.

After transitioning from poverty to superstardom under the tutelage of Lopez at France’s famed MMA Factory gym, Ngannou moved to the United States and rose to the top of the heavyweight mountain with Xtreme Couture’s Eric Nicksick behind the wheel. Since losing back-to-back fights to Stipe Miocic and Derrick Lewis in 2018, “The Predator” has been on a brutal tear in the division, leaving the bodies of Cain Velasquez, Curtis Blaydes, Junior dos Santos, Jairzinho Rozenstruik, and Miocic in his wake.

While Ngannou surged to the top of the food chain, Lopez and MMA Factory have developed a new star from across the Pacific. In less than four years, Gane has made the transition to MMA from Muay Thai, signed for the UFC, and won interim gold. By defeating Lewis at UFC 265, “Bon Gamin” set up a unification fight with Ngannou, which is set to go down at UFC 270 in January 2022.

While the anticipation for the clash has been high ever since it was on the table, and the history surrounding Ngannou’s departure from France’s biggest gym is well-known, the rivalry and storyline has been enhanced over the last week. It began with an awkward backstage encounter at UFC 268.

While Ngannou was in attendance to support his fellow African champion Kamaru Usman, Lopez and Gane cornered Nassourdine Imavov for his fight against Edmen Shahbazyan. A video was released towards the end of the event that showed the heavyweight champ walking past the MMA Factory team without acknowledging them.

After Gane expressed his disappointment at his peer’s attitude, Fernand Lopez has also addressed the incident and his history with Ngannou. During an appearance on Ariel Helwani’s The MMA Hour, the 42-year-old discussed the backstage snub, as well as claiming he kicked the Cameroonian out of his gym for refusing to pay the membership fee.

In another revelation, Lopez told Helwani that before Gane was signed by the UFC, matchmaker Mick Maynard asked Ngannou about the Frenchman, who was his teammate at the time. According to the coach, Ngannou told Maynard “Bon Gamin” wasn’t good enough for the UFC.

“At the time (the start of Ngannou’s career), what I was doing was that every time they (MMA Factory fighters in the UFC) had an interview, I will ask them to drop the name of Francis Ngannou; name-drop him. So every time that they will get caught in an interview, they will say, ‘Oh, we have so much good talent, you will know, soon enough you will know Francis Ngannou.’ That’s how I was trying to build his name… That’s how I used to push guys.

“As a matter of fact, I did do the same for Ciryl Gane… I tried to sign him with Mick Maynard. And you know what, Francis went back to Vegas and he said to me, ‘Hey, I had Mick and he asked me if young guy in my gym name Ciryl Gane is good.’ And I said, ‘Oh yeah, he did? He said, ‘Yes, but you know what, because that people in the matchmaking, because they expect me to be very, very dithyrambic on the name of the guy, I didn’t say that, I said he’s a little bit good, but he’s not good yet to go to the UFC.’ That’s coming from Francis Ngannou’s mouth. For him, that’s a strategy to do not have Mick Maynard get suspicious of me and him being on the same page, which is not true.”

Quoting actor Denzel Washington, Lopez questioned Ngannou’s decision not to make the most of an opportunity to bring one of his teammates into the UFC with him. Among other things, Lopez said the champ’s decision not to promote Gane was one of the factors behind his deteriorating relationship with Ngannou.

“The only thing we can say about that is that you had the opportunity to drag a new guy, coming from your gym, in(to) the UFC, and you felt the liberty to say to the matchmaking that the guy could become a good guy, but for now, he’s not good enough. That’s why I’m finding. It’s not about him in or out of my gym, I’m so proud of him to go to Erick Nicksick… But what I’m finding here is that at some point in the life, Denzel Washington was saying… ‘When I got to the heaven, God would ask me, which motherfucker did you pull from your community?’ Who did you drag with you? Who did Francis drag with him? No one.”

What do you make of Fernand Lopez’s claims that Ngannou rejected the opportunity to encourage the UFC to sign his teammate? 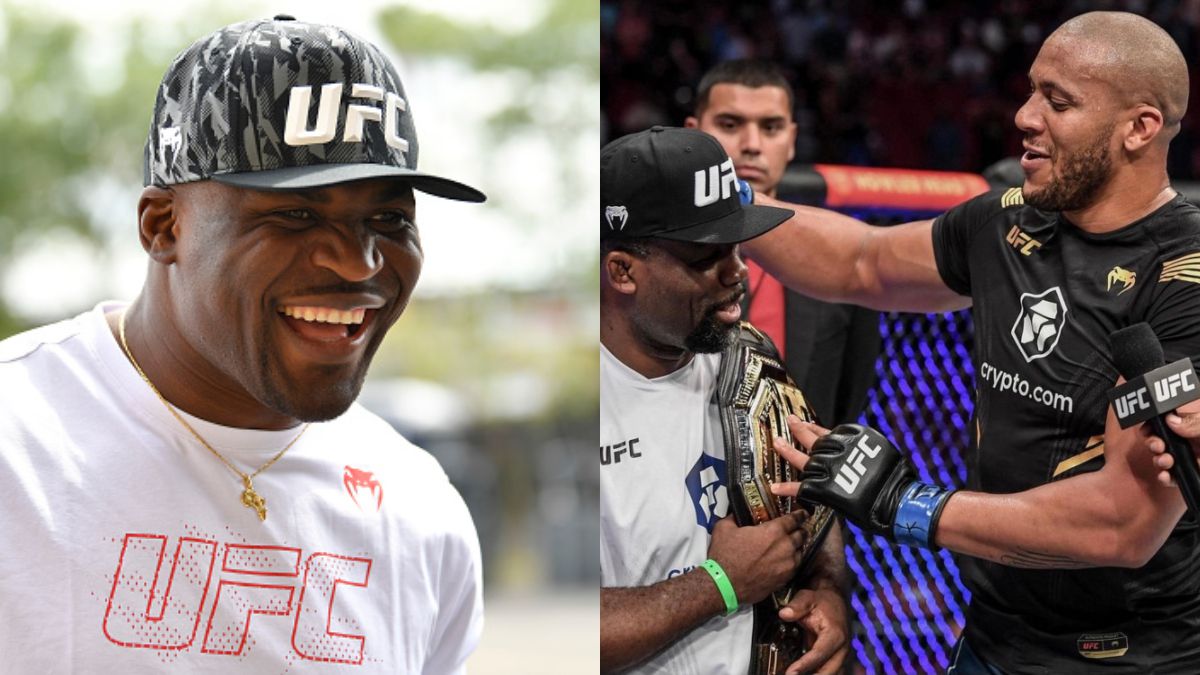