Claressa Shields’ commitment to being the best MMA athlete she can be is growing by the week, and she is now prepared to take a major step to further along that process.

Olympic boxing gold medalist Clarissa Shields recently decided to make the transition to MMA, and her first stop will be the Professional Fighters League. The PFL’s unique format boasts of a rigorous format of a regular season and playoffs with fighters competing numerous times throughout the year.

Naturally, this isn’t necessarily an ideal introduction to the sport, regardless of how promising the newcomer is. So even though waiting until the 2022 season might seem like an ideal timetable for an athlete the caliber of Clarissa Shields to commit to such a demanding and competitive schedule, Shields would be willing to wait an additional year if her team of Jackson Wink MMA suggests doing so.

“They’re gonna let me know if they feel that I’m ready to do the PFL league in 2022,” Shields said in an interview on MMA Tonight recently.  “If my team say, hey, you’re a dang-near complete fighter, you’re experienced, you’re comfortable doing everything, we’ll go for the PFL league at 155, 2022. If they say, oh, you know, we feel like you’re doing a good job. You’re winning, but there’s still some stuff you’re struggling with, then I’mma train some more, and drill, drill, drill again, hopefully I’m ready by 2023.”

Claressa Shields Prepares To Make The Necessary Next Move

Though Clarissa Shields will not enter a PFL season until 2022 at the earliest, she is planning on making her debut much sooner in one-off fights in 2021, similar to how fellow Kayla Harrison began her career. In order to ensure she is ready for her debut next year, Shields has fully committed to training full time at Jackson MMA by finding a new apartment in the gym’s location of Albuquerque, New Mexico.

“I’m actually moving to Albuquerque beginning of January,” Shields revealed. “It’s so weird to me, my life has always been quick decisions. I’ve never had time to think about something for a week…It’s like, opportunity comes, I pray about it, and then God just gives me a sign.”

Claressa Shields revealed that this sign came while Christmas shopping recently, and it told her that the greatness awaiting her requires her to make the right next move, which in this case is straight to Albuquerque, New Mexico.

What are your expectations for Claressa Shields in MMA? 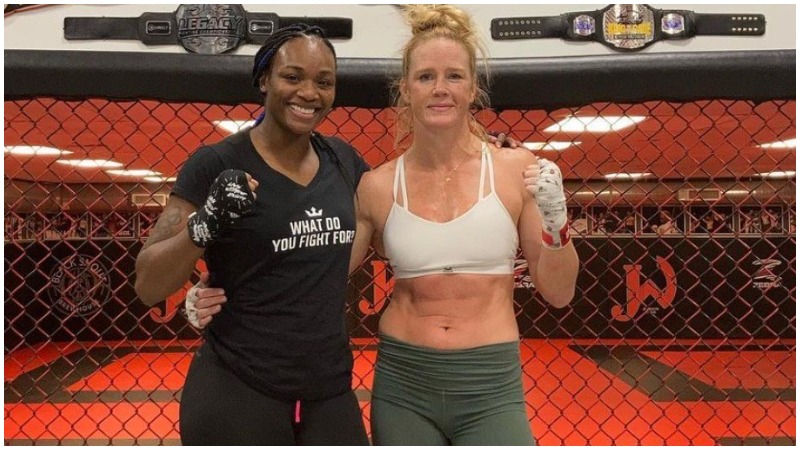