Claressa Shields wishes she turned to MMA sooner due to the state of women’s boxing.

Shields is one of the best female boxers as she’s the undisputed champion in two weight classes and has held titles in three weight classes. She also is a two-time Olympic gold medalist, but despite being 11-0 in boxing she recently transitioned to MMA and signed with the PFL. For Shields, she says she wishes she made that switch sooner in her career.

“I feel like I wouldn’t have switched over if I could become a household name in boxing,” Shields told MMA Junkie. “I feel like I did everything I could do in boxing to be that household name and get that million dollar check. Even with all my accomplishments, it’s still not enough. That just pissed me off in general. But I decided that you know, instead of retiring from boxing and saying, ‘F this sport,’ I’m going to keep defending my titles in boxing.

“But I’m going to use my youth of 26 and see what I can do by the age of 32 – see if I can become MMA champion and a household name in MMA,” Shields continued. “I’ve already become a household name in MMA in the past few months just off one fight. So I should’ve started doing MMA way sooner. In boxing, you can only get so far and get so much notoriety, but in MMA it’s limitless.”

Why Claressa Shields wishes she went to MMA sooner is due to how they promote women’s fights compared to boxing. In boxing, women rarely headline shows and they only fight two-minute rounds which Shields believes is sexist.

Shields is also not the only female boxer to say something about it. She also did a women’s only pay-per-view to prove women can sell fights. However, it appears her focus will be on MMA from here on it.

“It’s sexist for people to say that (women can’t sell) without giving up the opportunity,” Shields said. “That’s the thing. Start giving women the opportunity, start getting the numbers. And if women don’t sell, whatever if they don’t sell, do your job and promote the fights. Build the story. Have the girls push each other at weigh-ins and sh*t. Do your job. That’s what you’re supposed to do.

“But they feel in women’s boxing that that’s impossible. How is it impossible if women in MMA are doing it? I think guys at the top who don’t want to cut the check, they’re just saying all this stuff so they can save money. ‘Women can’t do this. Women can’t do that. That’s going to lose us money,’ when it’s not,” Shields concluded.

What do you make of Claressa Shields saying she regrets not joining MMA sooner? 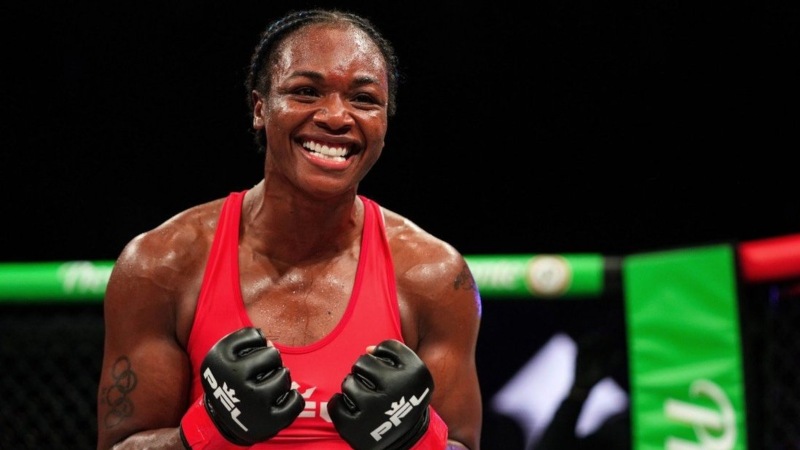