Claressa Shields is putting up $100,000 to prove a point against YouTuber turned boxer Jake Paul.

Claressa Shields and Jake Paul have gone back-and-forth on social media ever since Shields blasted the YouTuber and said she would never fight on one of his undercards. Since then, the two have taken shots at one another on social media, including Paul mocking Shields for suffering her first loss in MMA last month.

“He isn’t even going to take an offer to come and spar me,” Shields told Sports Illustrated. “I have put $100,000 on the table. And whoever wins in sparring can walk away with the money. And I bet you will all I will walk away with the dough, Jake Paul would not risk it. Nobody on his team would tell him to risk it, because they know he can’t do anything with me. Despite all of my accomplishments I had this MMA split decision loss, and he was like ‘Amanda Serrano is better, she’s this and that’. You don’t even have an accomplishment to say my name.”

Although Claressa Shields is putting up a sparring offer against Jake Paul, it’s unlikely the former Disney star and YouTuber would take the offer. Firstly, Paul is focusing on his December 18 fight against Tommy Fury in Tampa. After that, the holidays are up and he will no doubt want to celebrate if he gets the win. Also, Paul has little to nothing to gain by sparring Shields for $100,000 because money is no problem for him.

Regardless, even if the sparring match between Jake Paul and Claressa Shields doesn’t happen, there’s no question the rivalry will continue for the foreseeable future.

“You’ve never been to the Olympics,” Shields continued. “What did you make the Olympics on YouTube? That s*** don’t exist. That’s fake. When it comes to the real world of boxing, Jake Paul will never be no world champion. He can just keep picking his opponents. Him coming at me, it made him feel better about himself, you still suck at boxing. You still don’t have no accomplishments. You still wouldn’t dare get in the same ring with me, let alone spar. And, he’s just not even worth wasting my breath. The dude is pathetic.”

Would you like to see Claressa Shields and Jake Paul spar? 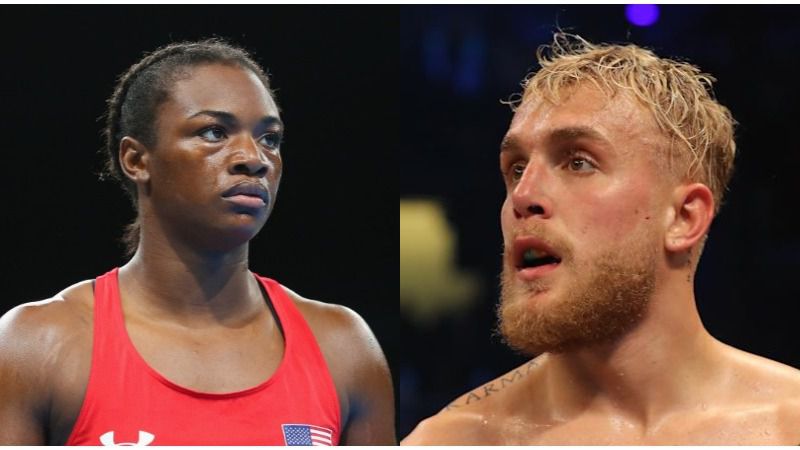