Ciryl Gane Would Like ‘Big Challenge’ Of Boxing Fury, Wilder, & Joshua
published on December 27, 2021
curated and posted by BRWLRZ Team

Ciryl Gane is known for his kickboxing and technical striking, and he is hoping he can get the chance to test that against boxing best.

Gane is the current UFC interim heavyweight champion and is set to face Francis Ngannou at UFC 270 for the undisputed heavyweight title. It’s an intriguing matchup given they are former teammates, but it almost didn’t happen as the Frenchman reveals he nearly took up boxing instead of MMA.

“When I did the choice to start into MMA, it was fifty-fifty with the boxing… I did some training with some guys in the gym in boxing and I tried a little bit in the MMA Factory. But I did my choice with the MMA Factory because it was easy. It was really close to my house,” Gane said to Sherdog. “Fernand Lopez was a friend of a dad of my best friend so that’s why I did this choice. But why not… I feel comfortable with the boxing style. I like to have the big gloves and see everything. You can play a little bit more, for me, you can play a little but more with the boxing style.”

Given he almost took up boxing, Ciryl Gane admits he still wants to test himself against the best at heavyweight. With that, the Frenchman says he’d love to box Anthony Joshua, Tyson Fury, Deontay Wilder to test himself.

“All the guys at the top. It will be a big challenge, this is real. I must train a lot for this kind of guy but when you look at the top you have Anthony Joshua, Fury, Wilder. You have a lot of guys just below, on the top ten. So yes, why not. One day I’m gonna try. One day,” Gane said.

Although Gane wants to box the big three, it seems unlikely that will ever happen. However, we did see Conor McGregor box Floyd Mayweather which people also said would never happen. Yet, UFC fighters calling out boxers is nothing new as even Ngannou has called out the heavyweight champs, while lately, Kamaru Usman has been angling for a fight with Canelo Alvarez.

How do you think Ciryl Gane would do against Fury, Joshua, and Wilder? 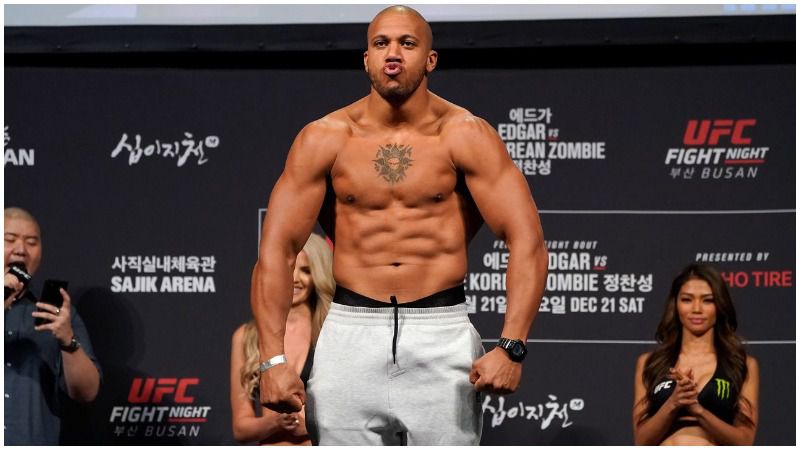