Ciryl Gane: The Man Who Made Francis Ngannou Is On My Side
published on January 21, 2022
curated and posted by BRWLRZ Team

Interim UFC Heavyweight Champion Ciryl Gane says it’s the presence of Fernand Lopez on his side that makes him confident heading into his unification showdown with former teammate Francis Ngannou.

Gane’s rise from unknown prospect to championship status has been as impressive as it’s been rapid. In the four years since making the transition from Muay Thai to MMA, “Bon Gamin” has made it to the sport’s premier promotion, extended his unblemished record to 10-0, defeated former world champions, and had UFC gold wrapped around his waist.

However, his next challenge will be his toughest to date. In the UFC 270 main event this weekend, Gane will lock horns with reigning titleholder Ngannou. With a battle of power versus a new technical approach to heavyweight fighting, the opening pay-per-view headliner of 2022 promises to be enthralling.

Gane Explains Where His Confidence Derives From

One of the main storylines heading into the January 22 event is the previous history and connection the two heavyweight champs share. Prior to his move to Xtreme Couture in 2018, Ngannou was one of the top names out of Paris’ MMA Factory gym, where he trained under Coach Fernand Lopez.

But after a bitter split and a soured relationship, one that has become more public in the weeks and months leading up to UFC 270, the feud between Ngannou and Lopez has added an extra level of intrigue to the contest, as the 43-year-old looks to take down his former student with the help of his current pupil.

For Gane, this unique dynamic is what makes him so confident heading into his unification clash with “The Predator.” While many would expect his experience sparring with Ngannou to help the most, Gane told Yahoo! Sports’ Kevin Iole that it is the presence of Lopez on his side that has boosted his self-belief.

“We have improved a lot (since I sparred Ngannou). So, no, this is not what exactly makes me confident. This is more because I’ve got Fernand Lopez on my side,” said Gane. “This is a better thing to make me confident because he knows him, he make him, you understand? So this gives me more confidence than the sparring.”

With the clash of styles, the heated feud between Ngannou and Lopez, and the champion’s ongoing contractual dispute and uncertain future, not many heavyweight contests have had as many compelling stories in the build-up as Gane vs. Ngannou. We’ll see if that makes for exciting action inside the Octagon come January 22.

Do you think having Fernand Lopez in his corner will help Ciryl Gane to defeat his former teammate Francis Ngannou at UFC 270? 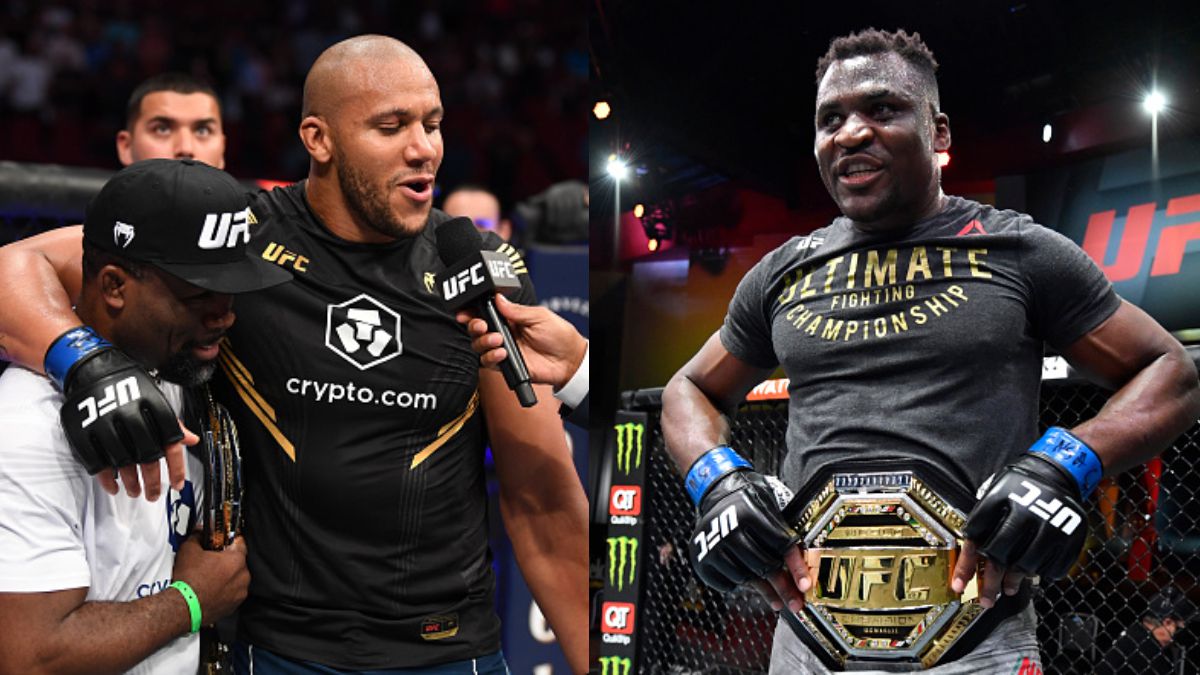