Ciryl Gane Reveals He Was 50/50 Between Entering MMA Or Boxing
published on October 14, 2021
curated and posted by BRWLRZ Team

UFC Interim Heavyweight Champion Ciryl Gane has suggested he was close to choosing a career in boxing over mixed martial arts.

Despite only making his professional MMA debut in 2018, Gane attracted the UFC’s attention within a year, After three finishes, he was signed to MMA’s biggest promotion in 2019. Two submissions over Raphael Pessoa and Don’Tale Mayes and a decision win over Tanner Boser later, and “Bon Gamin” had established his name in the division and secured a clash opposite a former champion.

After finishing Junior dos Santos on the feet, Gane entered 2021 with a 7-0 record. In two UFC Fight Night main events, the Frenchman controlled and dominated powerhouse Jairzinho Rozenstruik and elite striker Alexander Volkov. When an interim belt was created for the UFC 265 headliner, Gane was the obvious choice to face Derrick Lewis.

In an absolute masterclass, the technical heavyweight stifled “The Black Beast” and had gold wrapped around his waist following a third-round TKO. After an immensely successful year, Gane will be hoping to go one step further and secure the undisputed throne in 2022.

Despite finding remarkably quick success in MMA, Gane’s post-Muay Thai combat sports path wasn’t set in stone. During a recent appearance on Submission Radio, “Bon Gamin” was asked whether he’d follow in the footsteps of Conor McGregor, Vitor Belfort, and Anderson Silva by crossing over to boxing at some point.

After leaving the door open to a venture into the ring, Gane revealed he almost ended up pursuing a career in the squared circle instead of the cage.

“To cross the line to do a boxing match? Why not? Why not my man? And you know what? Before I started in MMA, it was 50/50 with the boxing. When I switched to MMA, it was 50/50 because I had a friend in the boxing club and he asked me to come because they had more money in boxing than in Muay Thai. He told me, ‘You could have something good in boxing.’ It was 50/50 and I chose the MMA. But it’s not finished, maybe sometime I’ll cross the line, maybe.”

Thankfully for UFC fans, Gane’s chosen path has seen him develop into one of the best heavyweights in the world, something he’ll hope to further prove when he faces Francis Ngannou at UFC 270.

The pair will clash at the opening pay-per-view of the year in a blockbuster unification showdown. With former UFC champions Jon Jones and Stipe Miocic potentially waiting in the wings for the victor, 2022 looks set to be huge year for the heavyweights. Gane will look to ensure he leads it with an impressive performance against “The Predator” on January 22.

Who do you think will have their hand raised at UFC 270, Ciryl Gane or Francis Ngannou? 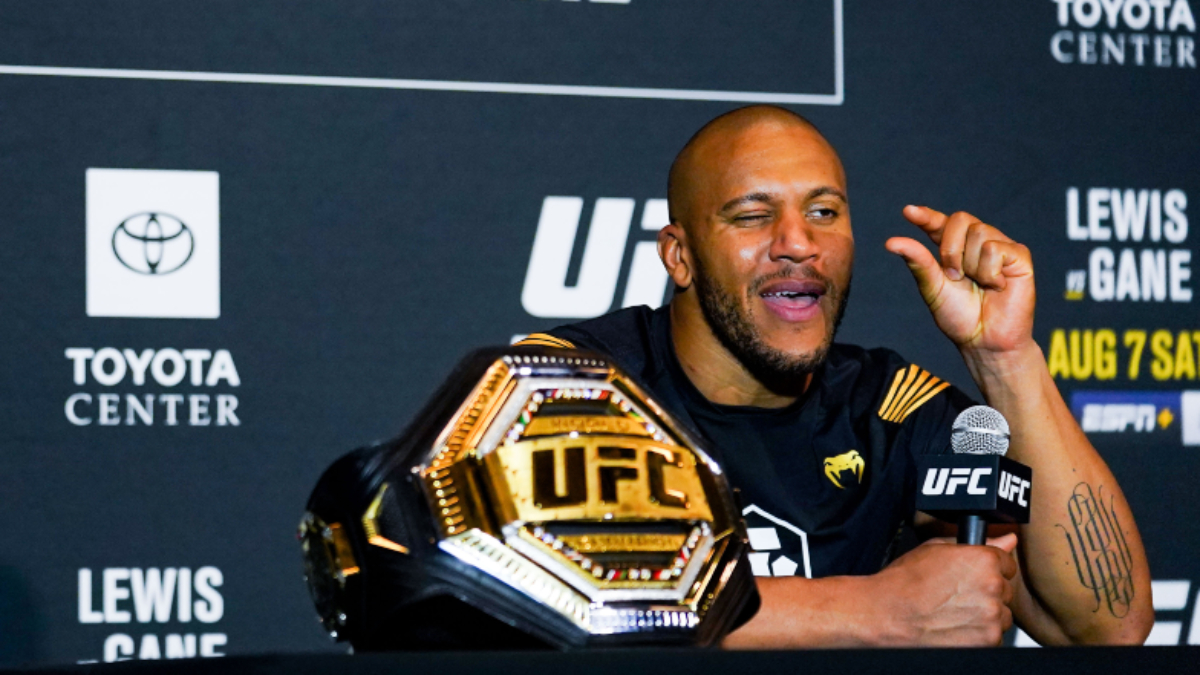