Chuck Liddell and wife Heidi Northcott have dropped their dueling restraining orders against one another and have reached a custody agreement.

Two weeks ago, UFC Hall of Famer Chuck Liddell was hit with domestic violence charges after allegedly assaulting his wife, Heidi Northcott. Liddell claimed his innocence from the beginning, further stating that it was he who was the victim of the incident. All charges against Liddell were dropped days later, and he would file for a divorce only one week after the arrest.

According to a report from The Blast, Liddell and Northcott have now dropped the dueling restraining orders filed against one another last month. They also have come to an agreement regarding the custody of their two children and the living arrangement moving forward.

Prior to this resolution, Liddell provided details on what he claims took place inside the family home earlier this month.

“She attacked me by putting her hands on my chest and pushing me,” he claimed. “She then slapped me in the face with her open hand, dropping her cell phone that was in her hand.”

Liddell went on to state that Northcott “lost her balance” at one point in the altercation, which led to her being grounded, but he denies ever putting his hands on her.

“When she caught up to me on the second-floor landing, she jumped in front of me again, put her hands on my chest and pushed me again, and then punched me in the torso with her closed fist four to five times,” Liddell continued.

Liddell also documented troubles the couple has endured that predated this latest incident. According to Liddell, Northcott was emotionally and verbally abusive towards him, frequently calling him a “loser” and also being physically abusive by often pushing and striking him when she became angry.

Liddell also provided a photograph that documents his alleged injuries from this month’s altercation.

Heidi Northcott Shares Her Side Of The Story

As noted earlier, Northcott has filed a restraining order against her spouse as well. Within the documents, she has a much different account of what took place on October 10 and of their marriage as a whole.

Northcott claims that Liddell was heavily intoxicated when he arrived home on the 10th. After an argument between the two ensued, she claims Liddell “pushed me with his head and chest trying to get my phone.” At this point, Northcott says Liddell executed a double-leg takedown on her, leading to bruising on her tailbone.

Like Liddell, Northcott also says that this incident was not the first time there has been abuse in the relationship. She claims the UFC legend once strangled her in 2011 following a UFC event. “I was terrified that he was going to kill me,” Northcott said of that incident.

She also described an incident in 2015 where the two were arguing on the freeway following a Los Angeles Lakers game. According to Northcott, an intoxicated Liddell became so angry that he attempted to run them off the freeway, but her swift intervention in grabbing the steering wheel and redirecting them back onto the lanes is what prevented it from happening.

Northcott went on to express sorrow for the path she says Liddell has gone down and believes professional intervention is warranted.

“It truly breaks my heart that the man I love has been broken down to the point where he has spiraled with his alcohol and drugs, but that does not give him liberty to take out his feelings on myself and our children,” she said. “I want him to recieve help.”

Chuck Liddell and Heidi Northcott have been married for 10 years. 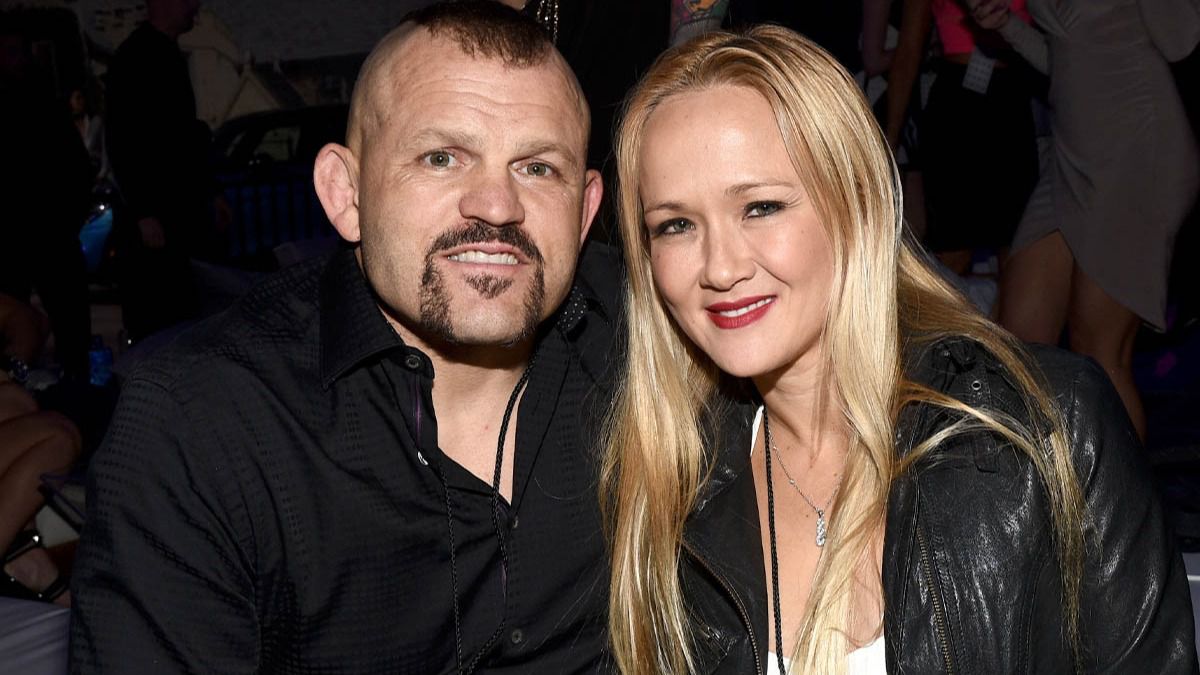