Chuck Liddell Claims He, Not Wife, Was The Victim Of Domestic Battery
published on October 12, 2021
curated and posted by BRWLRZ Team

Earlier today, it was reported by TMZ that UFC Hall of Famer Chuck Liddell was arrested for domestic battery of his wife, Heidi Northcott, and held on $20,000 bail. Following his release, “The Iceman” took to Instagram to be the first to share the details about the incident. You can find the statement below in full:

Last night, the Los Angeles Sherrif’s Department deputies who responded were professional. While the information about this case will be revealed in due course, I believe it is important to convey and clarify a few facts about this situation.

I was the victim of the incident last night at our family home, as details of the case will reveal. The deputies informed me that my wife would be arrested, as I did not respond to her assault while I sustained bruising and lacerations. I volunteered to go in her place.

This was one of the many times I have tried to shield a family mental health issue from the public purview. It has become painfully apparent that this cannot continue, as our private life has now reached a public breaking point. Please respect our privacy as I help to navigate our family through this difficult time.

Chuck Liddell is a former UFC light heavyweight champion and 2009 inductee of Pioneer Wing of the UFC Hall of Fame. Most recently, he served as a special guest referee for a June boxing match between Lamar Odom and Aaron Carter in which Odom was the victor. Wife Heidi Northcott is widely known as a professional poker player. The couple has been married since 2010.

As of this writing, there has yet to be any public statement released by Heidi Northcott.

Stay posted here on MMANews.com, as we will keep you up to speed with all the latest on this developing story. 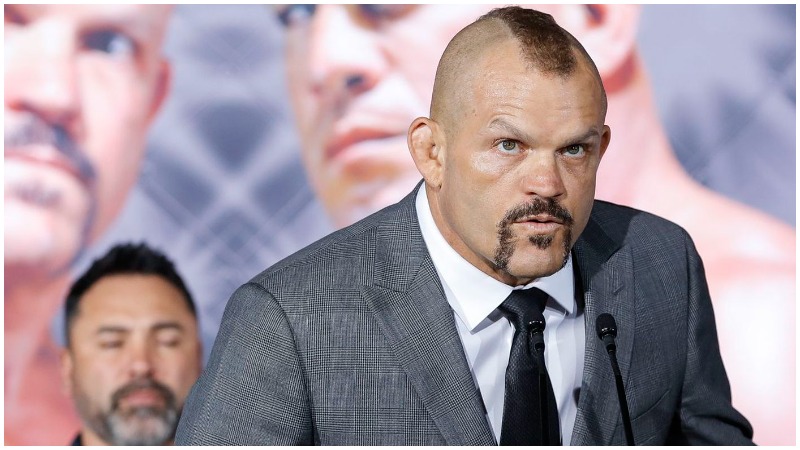