Chris Weidman has gone in on Conor McGregor following his leg break meme.

Conor McGregor seems to have made another enemy in Chris Weidman. Recently McGregor posted a meme of himself, Weidman, and Anderson Silva all with broken legs. The nature of the photo was suggesting that McGregor has been tougher through his rehab from his leg break than the other two men. Weidman took his frustration with McGregor out in his Won’t Back Down Podcast. (h/t Sportskeeda).

“He just put up some meme thing, I guess, you know,” Weidman said. “It’s a picture of me face down after I broke my leg, Anderson Silva with him screaming in pain when he broke his leg, and then it’s a picture of Conor McGregor. His leg’s broken. He’s talking to Joe Rogan. And he writes something like, ‘It’s not about what happens to you in life. It’s about how you deal with it moving forward.’ And it’s kind of like a slap in the face to me and Anderson Silva, like he handled pain and adversity in that moment better than we did.”

Weidman didn’t just stop at the attack on himself. He aired his frustrations with McGregor as a whole. Weidman was unhappy with the way McGregor has been acting and the way he verbally disrespected the families of his opponents such as Khabib Nurmagomedov and Dustin Poirier.

“I think you summed that up perfect. I just don’t know, like, you’ve got kids. You’ve got people who look up to you. How do you explain this to your kids? The way you acted, you know, punching this old guy in the face, then the DJ; it doesn’t stop. ‘Oh, I’m sorry to this guy. Then I’m sorry to that guy,” Weidman said. “You know, then I’m saying this about Khabib’s dad and Khabib’s mom and then this about Poirier’s wife.’ He has gone as low as you could possibly go – When it comes to dirtbag status, just the lowest of the low.”

Weidman suffered his broken leg back in April and has undergone surgeries to correct it. He is healing up and does not have a timeline yet as to when he can return to the UFC.

Do you agree with Chris Weidman’s assessment of Conor McGregor as a person? 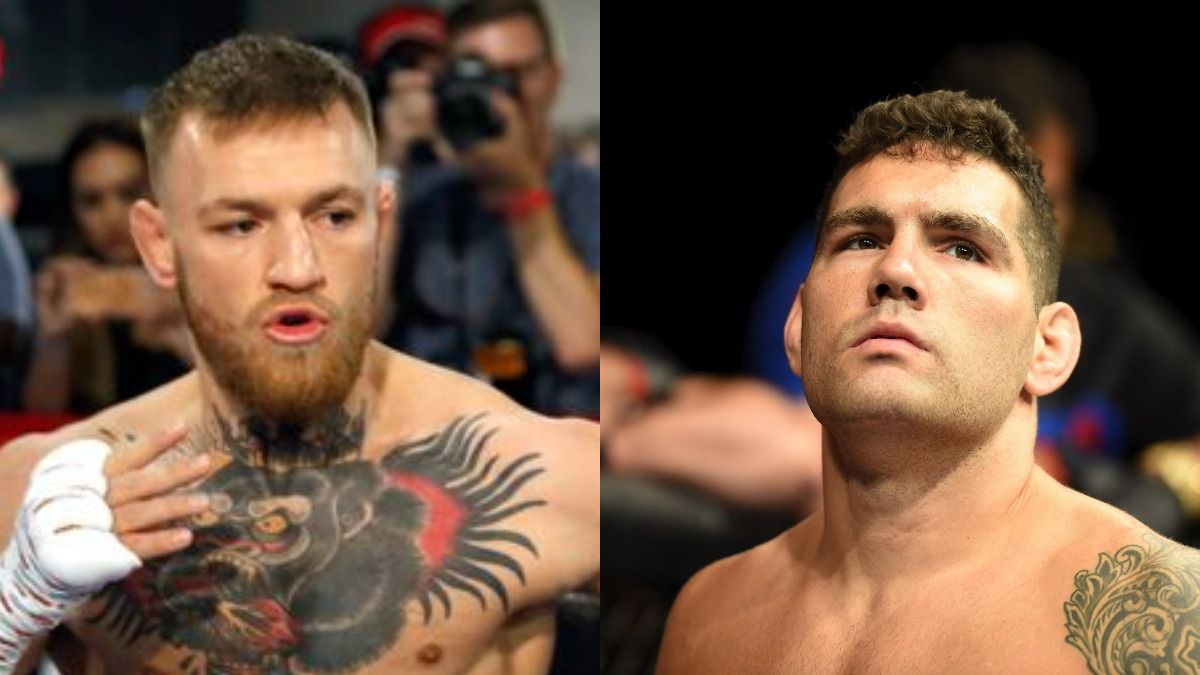