Khamzat Chimaev and Belal Muhammad may or may not fight one another in the Octagon, but they have already engaged in a drawn-out Twitter battle.

Belal Muhammad has gone unbeaten in his last seven fights. Heading into this past Saturday’s UFC Vegas 45 event, Muhammad’s latest win had come over legendary grappler Demian Maia at UFC 263. This earned the Chicagoan a headliner opposite Stephen Thompson in what was arguably the most difficult test of Muhammad’s career.

He aced it with flying colors.

For his reward, he moved up a few grade levels up to the #5 ranking in the welterweight division. While Muhammad firmly believes reigning champion Kamaru Usman is in need of some fresh challenges, he’d also be willing to fight undefeated juggernaut Khamzat Chimaev, despite Borz being ranked six spots beneath him at #11.

In fact, Muhammad has stated that a victory over Chimaev would be more valuable than beating any other ranked opponent. It’s not often that a fighter in the top 5 calls out someone outside of the top 10 with so much gusto.

Yet, despite the rarity of this occurrence, Borz isn’t taking the callout all that seriously based on the following tweet published Thursday.

“When you got a finger in your eye you gave up, how you even gonna think to fight me? Bullshit boy,” Chimaev asked with a series of crying laughing emoji beside his rhetorical question.

This was among many other shots Chimaev launched Muhammad’s way in yesterday’s Twitter barrage.

Not one to stand idly by and get bullied, @bullyb170 clapped back.

“Didn’t You retire because you had a cold? Don’t worry Friend I got some nyquil for you,” Muhammad posted prior to the following barrage of his own:

The only fight that Belal Muhammad did not win in his last seven fights was against Leon Edwards in March, a fight Chimaev referenced in one of his memes. The bout was ruled a no-contest when Muhammad was unable to continue following a gruesome accidental eye poke from Edwards in the second round.

Khamzat Chimaev has been on the hunt for his next opponent ever since making easy work of Li Jingliang at UFC 267. Both he and Dana White have been very public about the struggles they’ve faced in finding a willing opponent for the rising star.

Chimaev’s Twitter exchange with Muhammad could be planting the seeds for a 2022 collision between the two welterweights. Or, it could merely be trash-talking done just to pass the time with no UFC fights on the horizon for the MMA community anytime soon.

Friday morning, Chimaev dropped yet another meme of Muhammad for good measure, this time of a more festive nature.

Do you believe Belal Muhammad vs. Khamzat Chimaev is the fight to make? 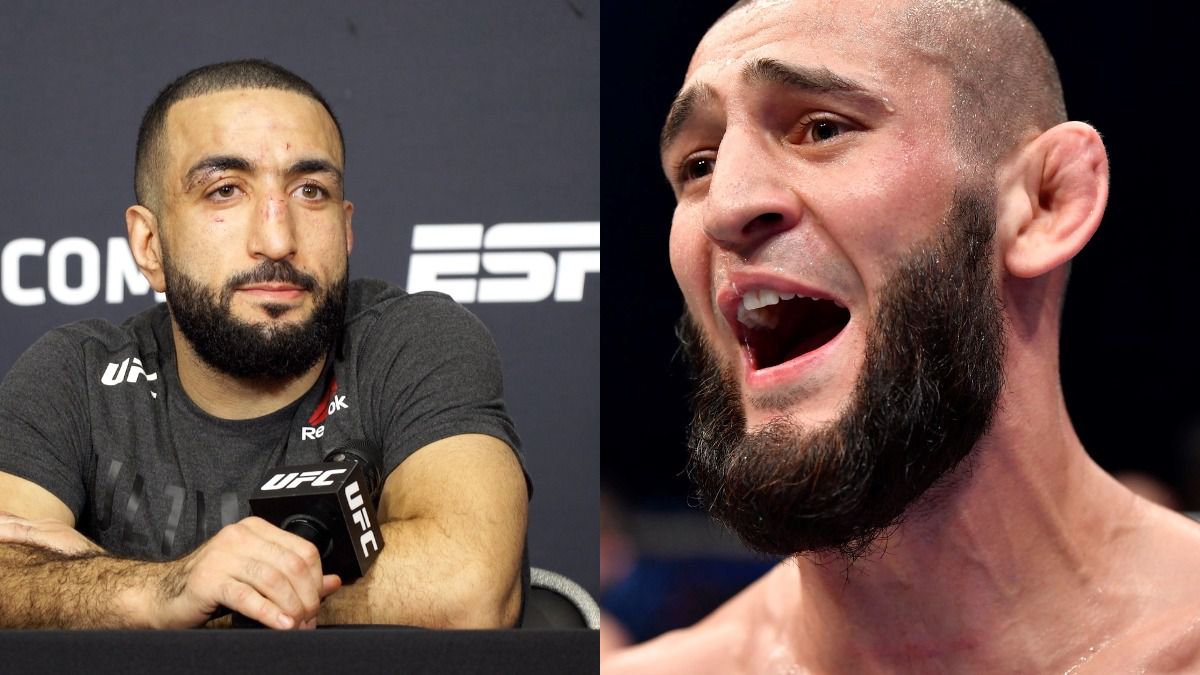