UFC featherweight Giga Chikadze has reiterated his desire to fight for the 145-pound title, and revealed that both Arnold Allen and Calvin Kattar previously turned down matchups with him.

Chikadze was last in action at UFC Vegas 35 in August. In what was his first main event in MMA’s leading promotion, “Ninja” continued his rapid rise with a third-round TKO victory over striking phenom Edson Barboza. The win saw the Georgian rise to #8 in the divisional rankings, and booked him a big name next time out.

Who that name will be remains to be seen. Chikadze repeatedly expressed his desire to fight either Max Holloway or Yair Rodriguez after their original clash in July was scrapped. However, that pairing remained intact. The former UFC Featherweight Champion will meet the Mexican in the Octagon on November 13.

The Georgian has also suggested he’s deserving of a title shot. Following his victory over Barboza, Chikadze said he’d be willing to wait for a championship opportunity, and even offered to serve as backup for last month’s UFC 266 main event between Alexander Volkanovski and Brian Ortega.

Now, in an interview with The Schmo, the 33-year-old has once again called for a date with the champion. Given Volkanovski’s intention to remain active, Chikadze believes it makes sense for them to clash, especially seeing as the surging featherweight is always ready.

“Hopefully, November 13 or sooner something jumps out—or actually, fuck it. I want to get the title. What about the champ? He said that he wants to be busy. I want to congratulate first to him. It was incredible fight [vs. Ortega at UFC 266]. He showed a lot of heart. He can survive from any position. But I wanna see how he’s gonna do against me. If he wants to be busy, I’m the one. I’m always ready.”

With his position in the rankings, there are a number of contenders ahead of Chikadze. When asked if he’d spoken with Dana White about any other potential opponents, “Ninja” revealed that #6-ranked Englishman Arnold Allen turned him down twice prior to his latest victory. He also suggested that he’d be willing to fight “The Korean Zombie” Chan Sung Jung. However, an injury has side-lined the 34-year-old until next year.

“No, nothing about [Arnold] Allen. I was asked way before twice, and both of the times, he turned me down. So this time, we had a much different conversation about higher-ranked opponents and about a title.

“Zombie, I like this fight, but he’s injured. So obviously, it’s not gonna happen this year.”

Chikadze was also asked about whether a fight against top-five featherweight Calvin Kattar could be on the table before the Georgian fights for the title. “Ninja” claimed that “The Boston Finisher” also turned down the chance to face him before his headline win against Barboza. That’s despite apparently accepting the fight, before later “disappearing.”

“Where is he? Where is he? I see he’s quiet. He’s been quiet. I don’t know. I wanted to fight him before Edson fight, I believe. He said he was gonna do it, but then he disappeared.”

Given that both Kattar and Allen apparently swerved Chikadze earlier in the year, it stands to reason they may feel differently about a matchup with the 33-year-old after his main event win and new top-10 ranking. That seems especially likely if Chikadze pushes for a title shot from below them on the featherweight ladder.

Who would you like to see Giga Chikadze face next? Do you think he’s done enough to earn a title shot? 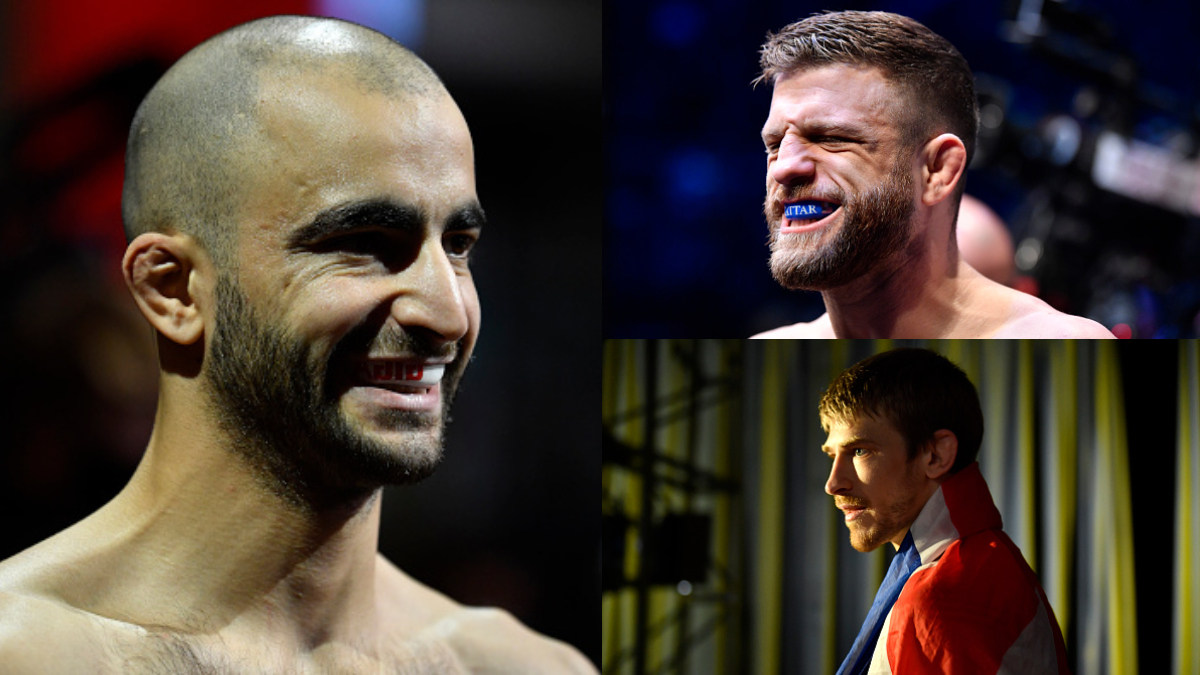