Chiesa vs. Magny Jan. 20 Main Event, Edwards/Chimaev To Be Rebooked
published on December 31, 2020
curated and posted by BRWLRZ Team

Michael Chiesa and Neil Magny will now headline UFC Fight Night 185 after the promotion made the decision to reschedule Leon Edwards vs. Khamzat Chimaev for the second time.

It was reported Tuesday morning that Khamzat Chimaev was forced to withdraw from his UFC Fight Night 185 bout against Leon Edwards. It was later revealed that the reason for the withdrawal was COVID-19 complications, marking the second time the fight was canceled in connection to the virus.

The UFC was reportedly looking for a replacement to face Edwards, and Edwards was hitting the pavement in pursuit of an opponent as well, but Dana White has now told The Schmo that Leon Edwards will not appear on the card and that his bout with Khamzat Chimaev will be booked for the third time. This means that Michael Chiesa and Neil Magny will serve as the new main event for the January 20 card.

This will be Michael Chiesa’s second time headlining a UFC card. Chiesa’s first main event at UFC Fight Night 112: Chiesa vs. Lee ended controversially if not anticlimactically in a submission loss to Kevin Lee in which Chiesa was deemed to be unconscious after a rear-naked choke applied by Lee. Chiesa immediately rose to his feet in protest immediately after referee Mario Yamakaski called an end to the bout.

It has been over three years since that loss, and Chiesa will hope that his second main event will have a happier and more definitive ending for him. Chiesa is currently 3-0 as a welterweight, so you can expect him to enter the bout with a lot of confidence that he will be more successful on the big stage this time around.

Neil Magny has been in the main event twice before, first against Kelvin Gastelum at The Ultimate Fighter Latin America 2 Finale: Magny vs. Gastelum in 2015 which saw Magny earn a split-decision win over the upstart, but then wound up on the winning side of the equation in 2018 against Santiago Ponzinibbio at UFC Fight Night 140: Magny vs. Ponzinibbio. Magny is also currently on a three-fight winning streak, most recently defeating former champion Robbie Lawler via unanimous decision in August.

With this new main event, the updated lineup for UFC Fight Night: Chiesa vs. Magny includes the following bouts:

How do you see this main event between Michael Chiesa and Neil Magny playing out on January 20? 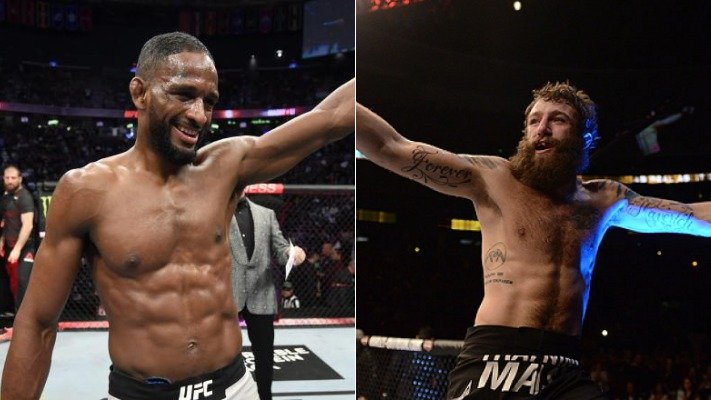