UFC strawweight Cheyanne Vlismas had COVID-19 just weeks before her win at UFC Vegas 44 over Mallory Martin and she bet on herself to fight.

Vlismas alluded to personal challenges, trials, and tribulations leading up to her impressive performance against Martin that took home Fight of the Night. While she wouldn’t get into details regarding some of the issues she went through, she revealed that she tested positive for COVID just weeks before the fight.

Remarkably, Vlismas was able to garner the strength needed to compete as she earned a unanimous decision win on another big stage. She most recently defeated Gloria de Paula in her UFC debut earlier this year.

During her UFC Vegas 44 post-fight press conference, Vlismas spoke about the various challenges she went through just to get to the fight.

“I was a COVID patient just two weeks ago,” Vlismas said. “My best friends, my parents didn’t want me to fight. I was throwing up, and I didn’t know if I was going to heal. But I believed in my skills, my team and went on there and executed. My parents thought I was nuts to go out and compete. I couldn’t even breathe at one point, but I told myself that I could do it.”

The fact that Vlismas was able to get back to training, nonetheless fighting, so soon after testing positive for COVID-19 is pretty remarkable. Many MMA fighters such as Diego Sanchez and Jim Miller have suffered from the virus this year.

Vlismas has the opportunity to face another tough contender for her next Octagon appearance and plans on seizing the moment and making her way up the strawweight ranks.

What were your thoughts on Cheyanne Vlismas’ win at UFC Vegas 44? 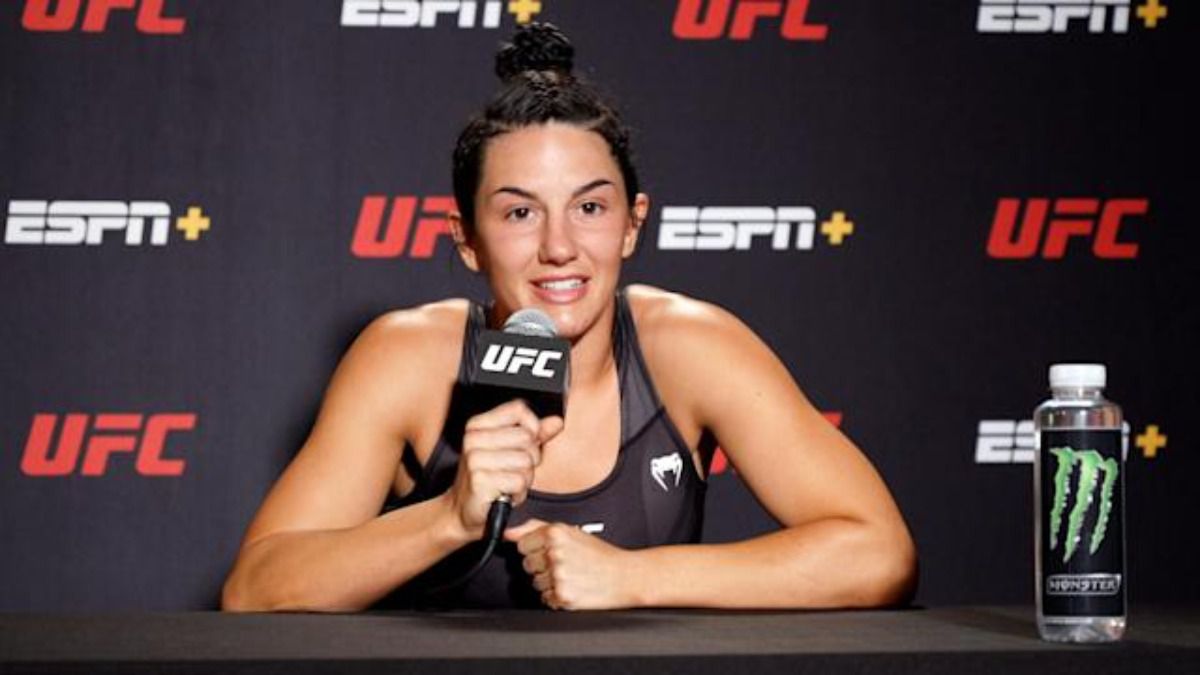