Cheyenne Vlismas’s journey back to the UFC might be delayed.

Cheyenne Vlismas is hoping to get herself back in the UFC Octagon soon, but she has hit some roadblocks in front of her. As a rising star in the UFC strawweight division, Vlismas is in a prime position to stay active and take on tougher opponents in the division. However, she is uncertain what lies ahead of her due to personal reasons. She recently sat down with MMA Fighting to discuss some of her hurdles.

“Unfortunately, I would love to fight again [and] soon, but because of reasons beyond belief, I cannot fight, and I cannot make any more money until I finalize some things in my life, and I don’t know when that will be,” Vlismas told MMA Fighting. “I’m trying to make that soon, but I don’t have an answer. I’m hoping by summer. I’m praying by summer. That’s what I’m gonna shoot for.

Vlismas’ last outing in the UFC was in December. She defeated Mallory Martin in a Fight of the Night bout putting her at two wins in a row now. The road to get to that fight was a tough one for Vlismas. She came down with COVID during her training camp. Her positive diagnosis kept her out of one fight, but she eagerly decided to step on short notice to face Martin and came out victorious. Now, the rising contender is off the grid.

“No one knows where I’m at, and I’m actually keeping it that way,” Vlismas added. “A lot of things happened before my fight – and even after my fight – and I decided what’s best is to just escape. I’ve been gone now for two weeks and I love it. I’m overseas and just living my life.”

Vlismas burst onto the UFC scene as a winner on The Contender Series. She secured a win on episode 30 and fought her way into the UFC. She has only lost one bout so far since joining the organization and has hopes of moving up the rankings.

Vlismas has been somewhat cryptic about her personal troubles along the way but did mention that she was having money issues leading up to her last fight. She has since dropped her married name of “Buys” and has gone back to using “Vlismas.”

Now, she is explaining that the people closest to her would like to see her on the sidelines for a while.

“If it was [up to] me, I would love to fight, but I am told I cannot,” Vlismas revealed. “I was actually not even supposed to fight in my last fight. I was asked not to by some high-up people. They told me, ‘Please do not take this fight.’ Even my family didn’t want me to fight, one, for being sick, and two, for other reasons I can’t speak about. No one wanted me to fight at all, so the fact I got to finish off 2021 with a fight, and winning, and proving to people just that little [more] like I did it, more for myself, it was a good feeling.”

Do you think Cheyanne Vlismas will be a title contender at 115 pounds one day? 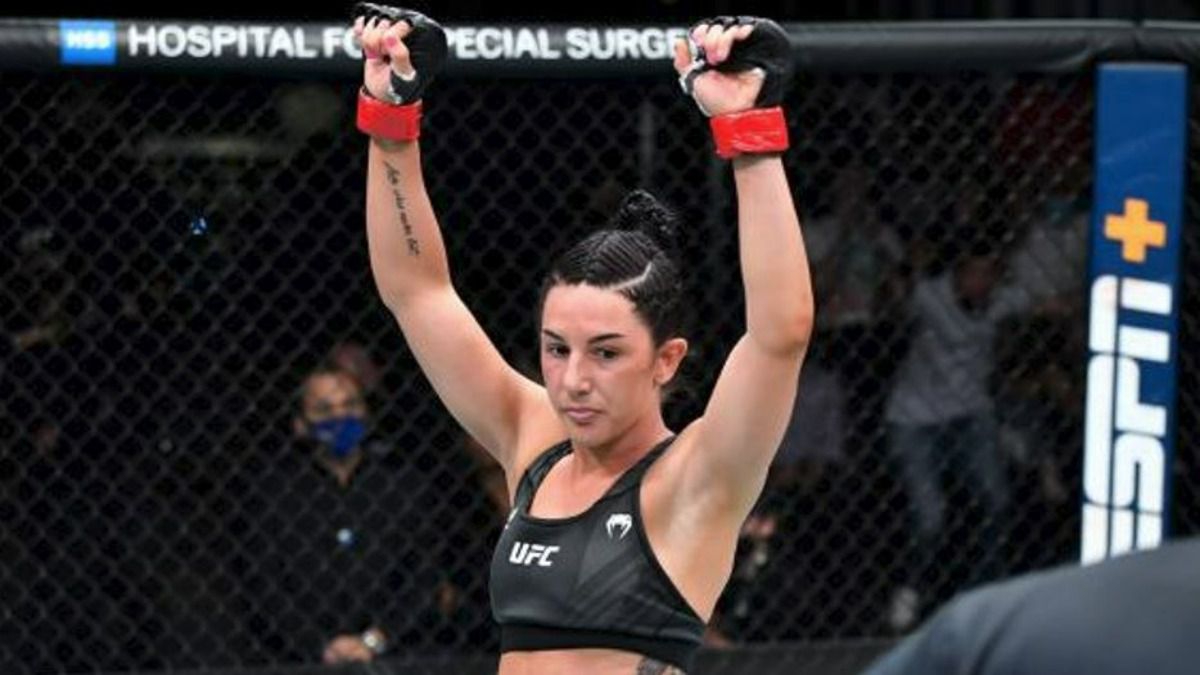