UFC Lightweight Champion Charles Oliveira knows his best path to victory against Dustin Poirier could come with his grappling at UFC 269.

Oliveira earned the lightweight title by defeating Michael Chandler earlier this year. After getting into some trouble on the feet early in the fight, he rebounded in Round 2 to earn a TKO victory to get the vacant belt.

Oliveira is best known for his other-worldly grappling prowess, with a UFC record of 14 submissions during his time with the promotion. He’s found a true home at lightweight after an up-and-down tenure earlier in his career at featherweight.

Oliveira is ready for all scenarios for his matchup with Poirier. During a recent interview with MMA Fighting’s Trocacao Franca podcast, Oliveira’s coach, Diego Lima, spoke about the matchup on the ground.

“We have someone who’s very afraid of Charles’ ground [game],” Lima said. “In my opinion, Poirier doesn’t want to take this fight to the ground. People that watch Charles’ fights and Poirier’s fights will say, ‘F*ck, Poirier better keep this fight on the feet.’

“That’s the reality. One thing is for sure, this fight won’t go to the judges.”

Oliveira faces a tough test in Poirier, who many believe is arguably the ‘people’s champ’ after turning down an earlier title shot for a trilogy with Conor McGregor. Poirier has fought for the lightweight title once before, falling to Khabib Nurmagomedov at UFC 242.

While Poirier is most commonly known for his boxing, his grappling isn’t anything to devalue as well. He’s showcased his vastly improved ground game in fights against McGregor, Anthony Pettis, and others.

Oliveira and Poirier don’t appear to have any bad blood between the two of them, but all respect will be thrown out of the cage when they square off in the UFC 269 main event.

What is your prediction for Charles Oliveira vs. Dustin Poirier? 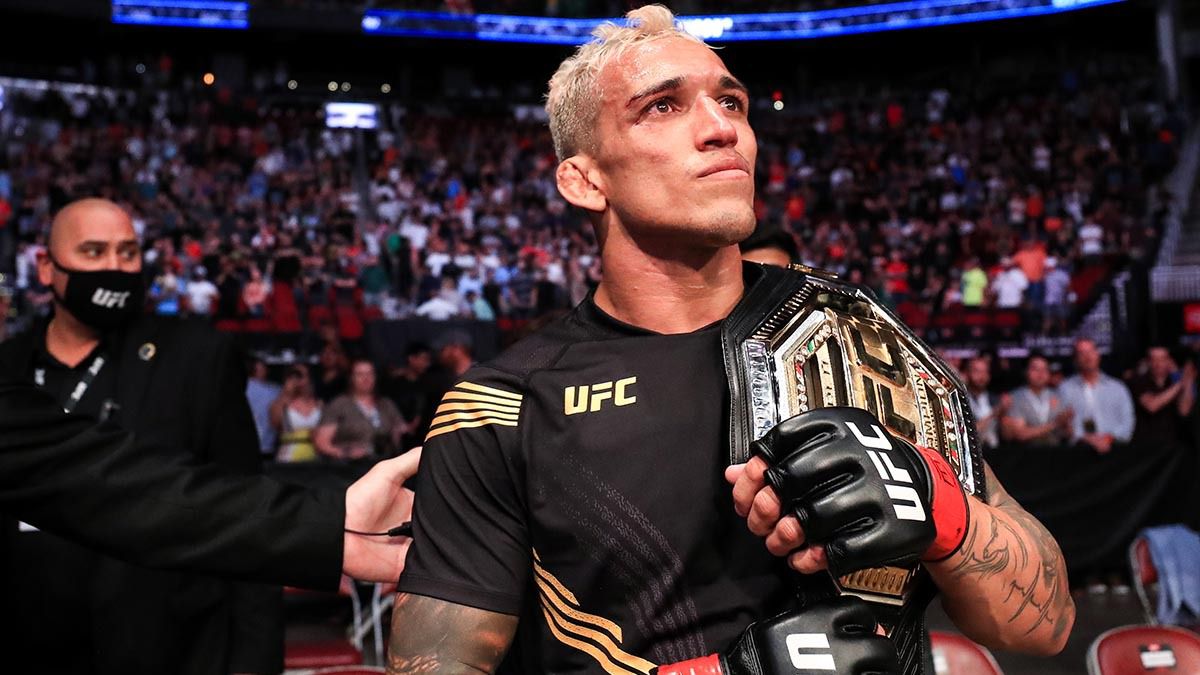