Charles Oliveira vs. Justin Gaethje Booked For UFC 274 In May
published on January 27, 2022
curated and posted by BRWLRZ Team

Charles Oliveira’s next lightweight title defense is set, as the Brazilian is set to take on Justin Gaethje at UFC 274 on May 7.

ESPN’s Brett Okamoto was the first to report Oliveira and Gaethje’s upcoming clash. This fight will be joining Glover Teixeira and Jiří Procházka’s light heavyweight title bout slated for the same card. There is currently no word on which fight will serve as the main event. According to the ESPN report, this card is expected to take place in the United States after originally being targeted for Brazil.

Justin Gaethje was adamant about his place as the #1 contender after defeating Michael Chandler in a Fight of the Year candidate at UFC 268. Dana White agreed with Gaethje’s self-assessment and has now put the idea into action by making the fight plans public.

Earlier this week, Gaethje put MMA journalists on blast for even suggesting Conor McGregor could skip the title-shot queue and receive a title shot upon return. Should Gaethje defeat Oliveira at UFC 274, he will put himself into a powerful enough position to hold the highest cards of the lightweight title picture.

This will be Gaethje’s second opportunity at becoming lightweight champion after coming up short against then-champion Khabib Nurmagomedov in October 2020.

This bout will mark Charles Oliveira’s second lightweight title defense. Last month, he defeated Dustin Poirier at UFC 269 via third-round submission to cement himself as the king of the 155 division.

Oliveira has not lost a bout since a 2017 defeat to Paul Felder. Since then, he has turned an incredible 10-fight winning streak, with an astonishing 9 of those 10 wins being by way of finish. Come May 7, Oliveira will look to add Justin Gaethje to his highlight reel.

With the addition of this title bout, the updated UFC 274 card is as follows:

Who do you think will win this lightweight championship bout between Charles Oliveira and Justin Gaethje? 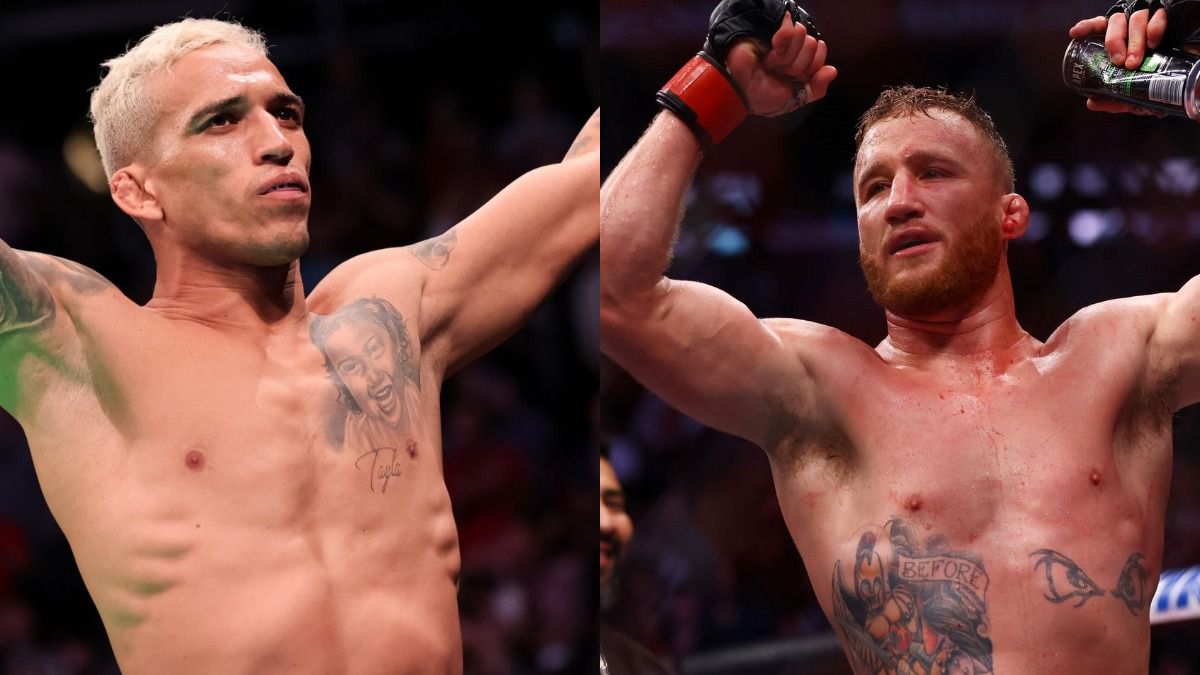