Charles Oliveira: I Do Not Have To Beat Poirier To Prove I’m The Champ
published on November 14, 2021
curated and posted by BRWLRZ Team

UFC lightweight champion Charles Oliveira feels he has nothing to prove headed into his first title defense against Dustin Poirier.

Oliveira will defend the title against Poirier in the main event of UFC 269, which is easily the biggest fight of his career to this point. Poirier earned the No. 1 contender spot after earning back-to-back wins over Conor McGregor earlier this year.

Poirier was offered the shot at the then-vacant lightweight title before opting to take a trilogy fight with McGregor. Some believe that Poirier is the unofficial lightweight champion over Oliveira because he turned down the original title shot offer.

During a recent interview on MMA Fighting’s Trocacao Franca podcast, Oliveira said he doesn’t believe a win over Poirier would assert himself as the true king of the 155-pound division. He feels he’s rightfully earned that title.

“Someone else will show up when I win and be like, ‘Oh, you have to beat this one now, you have to beat that one,’” Oliveira said. “We’ll keep on fighting, keep on making history, staying focused and centered. Putting on great fights. I wanted to fight the best, and I’ve been doing that.

“No one has such a gigantic winning streak like me, nine in a row with only one decision — and you all saw it, you can’t debate it,” Oliveira said. “Many people say I have to beat Dustin to prove I’m the champion. I am the champion. I won [the belt] earlier this year and I’ll defend my belt now.”

Charles Oliveira Had A Difficult Path To The UFC Title

Even though Charles Oliveira had a difficult climb to the top of the lightweight division, he isn’t worried about being unanimously respected by the MMA community for his accolades.

“Eleven years to become champion, nine wins in a row, most bonuses and submissions [in UFC history], the man that took the longest to fight for the belt,” he said. “I think that demands respect. Everybody said I didn’t deserve the Michael Chandler fight. I was coming off eight straight wins. Who had more wins that me in the division? I don’t leave if up to the judges. … How do I not get the respect?

Oliveira earned the belt over Michael Chandler at UFC 262. Oliveira and Chandler battled for the vacant title after Khabib Nurmagomedov retired following his win over Justin Gaethje at UFC 254.

Oliveira rose to the top of the lightweight division after going on a historically great winning streak. He defeated top contenders such as Tony Ferguson, Kevin Lee, and veteran Jim Miller to get to the title.

Oliveira made the full-time move to lightweight after an up-and-down tenure at featherweight. He had a series of issues cutting to 145 pounds which resulted in him moving up a division.

Oliveira vs. Poirier will be the last UFC pay-per-view of 2021, and all eyes will be on the two top lightweights in MMA as they go to battle in the Octagon.

What is your prediction for Charles Oliveira vs. Dustin Poirier at UFC 269? 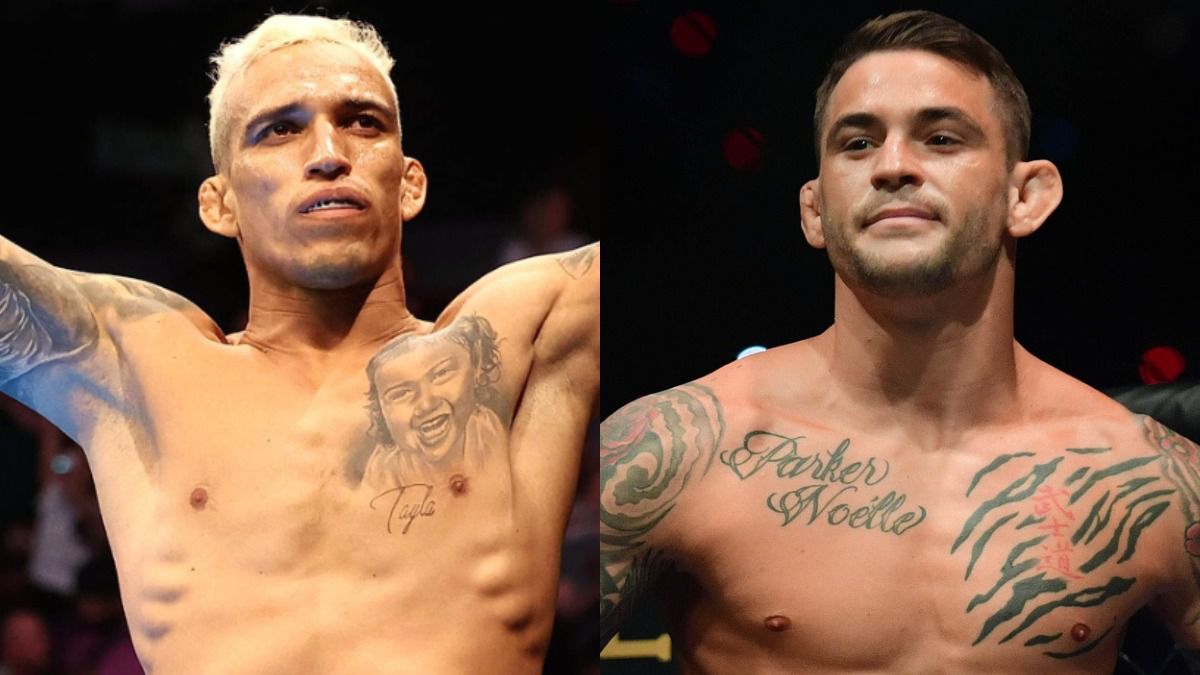