Charles Oliveira Doubles Down On McGregor Interest, Targets May Bout
published on December 23, 2021
curated and posted by BRWLRZ Team

UFC Lightweight Champion Charles Oliveira is set on facing Conor McGregor and has issued a date to the former two-division champ.

In many people’s eyes, the lightweight division is the deepest and most stacked in the UFC. Oliveira has proven that he is the best and has beaten some of the best already.

However, for his next bout, he wants to take on a man who hasn’t won at 155 pounds since 2016. Oliveira and McGregor have been going back and forth about fighting each other. Oliveira has set out a timeframe for this targeted match with McGregor as told to Sherdog.

“May would be a wonderful date,” Oliveira said. “Conor challenged me asking a date, and tweeted Ireland vs. Brazil 2. Not only him, but also myself and all the world wants to see that fight.

“So let’s make it happen. I’m waiting for him in May. It may be in welterweight, lightweight, or middleweight, with my title on the line or not. Just choose and I´ll be ready.”

Conor McGregor began asking for a fight with Oliveira right after he became champion. He once again began his hounding when Oliveira beat Poirier. Oliveira accepted McGregor’s challenge, but there might be one man standing in the way.

The UFC and Dana White have already expressed that Justin Gaethje would be the next man in line for the title shot. If that is the case, Oliveira says he will agree.

“Gaethje was knocked out by Poirier, who I just submitted. He was almost knocked out by Chandler, who I beat via TKO, but I’m a UFC employee,” Oliveira said. “If they choose that I should fight Gaethje next, I’ll be ready too.”

It seems unlikely that McGregor will receive a title shot after two losses in a row and returning from a leg break. However, he is the most popular fighter on the roster and his fights do sell the most tickets and pay-per-views, and the UFC has given McGregor other opportunities that the rest of the roster doesn’t get.

McGregor’s timeline for return is unclear, so he may very well have to wait for his shot at Oliveira and the belt until after Gaethje has his shot.

Do you think the UFC would give Conor McGregor an immediate title shot against Charles Oliveira upon return? 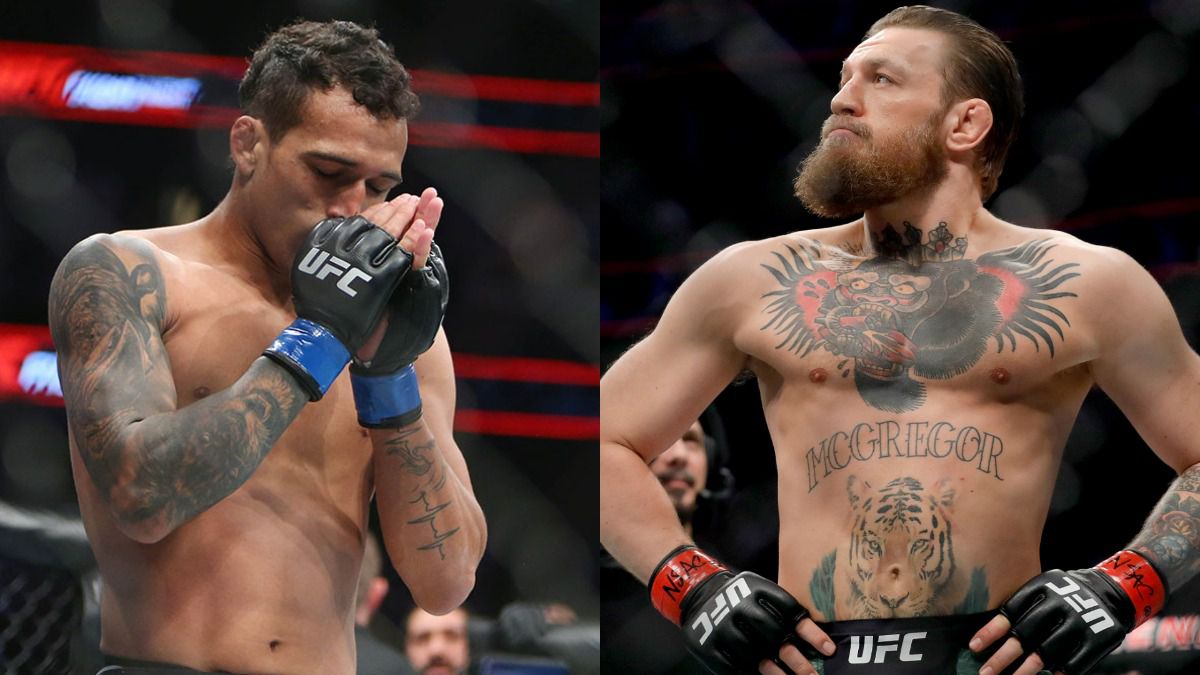